TEMPE – In 2004, the shocking news that Pat Tillman, a former Arizona State and Arizona Cardinals defensive standout, had been killed in action while serving with the elite Army Rangers in Afghanistan rippled through the Valley.

Tillman had walked away from a multimillion-dollar contract offer from the Cardinals to join the Rangers in the wake of the 9/11 terrorist attacks. Drafted in the seventh round by the Cardinals in 1998, Tillman made national news by putting his career on hold to serve, and he refused interview requests because he didn’t want special recognition for the decision.

After his death, some of Tillman’s closest friends and his brother-in-law Alex Garwood gathered in a Chandler bar and grill to discuss how they could honor his sacrifice and remind others of all that he stood for in life.

The results of that brainstorming session took place on this day in 2005 when more than 5,000 runners and walkers toed the line at the first Pat’s Run honoring Tillman. This year, because of COVID-19 concerns, the race will be held virtually, with runners encouraged to complete the 4.2 miles on their own.

Along with Garwood, the group that evening included Perry Edinger, who was the head athletic trainer at ASU at the time, and Doug Tammaro, now assistant athletic director of media relations.

Christina Hundley, who went to school with Tillman, and Mark Zimmer, who was the head equipment manager for ASU athletics at the time and remains as manager of equipment operations, joined the group shortly after that Chandler brainstorming session in the first official planning meeting for the event at ASU.

The group not only wanted to honor their friend but to make sure his legacy would not be forgotten.

“Before Pat was USA, he was ASU, and we just kind of felt the need to do something to have people remember him because if we didn’t, I think we would have failed. And we would have failed him,” Tammaro said. “His legacy needed to continue because he inspired so many.”

They settled on an idea for a run in and around Sun Devil Stadium with Tillman’s number at ASU – 42 – as the theme. The run would be 4.2 miles long. It would finish at the 42-yard line in the stadium.

Edinger, an experienced runner who had trained Tillman to run a marathon and compete in a half-ironman-distance triathlon, knew Tillman would want something that included a physical challenge. So he suggested a running event and volunteered to be the race director.

“I wanted to try and make something unique and something good in addition to get people to honor Pat,” said Edinger, who is now a physician assistant in the Valley who specializes in sports medicine and remains involved with Pat’s Run

The answer, overwhelmingly, was yes.

Others in the group loved the idea, and though most of them did not have any experience with such an event, they were determined to accomplish their goal.

“We all had a background in athletics in some way, shape or form – from marketing operations to event management – but none of us had put on an actual race like this before,” Hundley said. “We decided, we were going to do this, hopefully for the community, but really for us and hopefully people show up.” 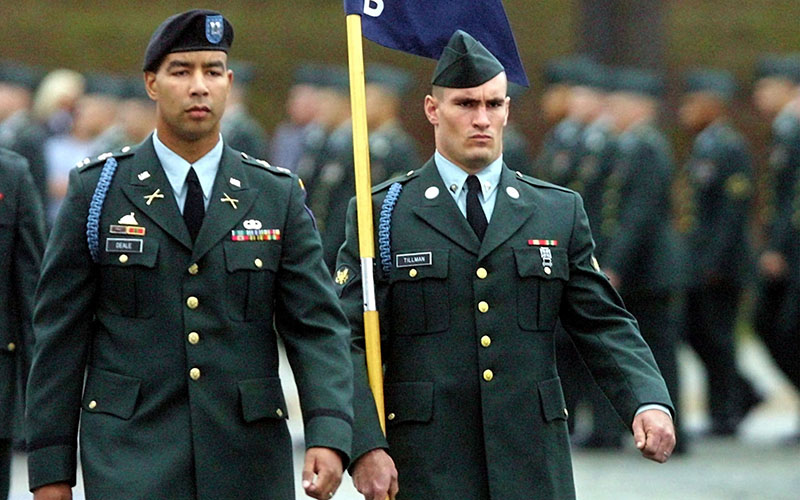 ease: In Pat Tillman's hometown, a community works overtime to protect his legacy

They showed up en masse. In the early stages of registration, there were about 700 people signed up. By race day morning, more than 5,000 people showed up at the starting line on Packard Drive.

“I really kind of had tears in my eyes,” Edinger said. “To see this many people honor my friend, you know, it was really unique.”

It was a sight to see when about 5,500 lined up for the start, and an emotional moment for all the original organizers.

“That day was just super special,” Hundley said. “I remember the starting line and playing the National Anthem and having goosebumps. Hundley said. “It was just a really cool thing to see that many people come together to honor (him in) what we started out as just wanting to do something special for our friend.”

There also was a collective sigh of relief from that core group.

“I just remember, when it was over, a sense of ‘We did this, and let’s make it better,'” Tammaro said.

Pat’s Run exploded in popularity and eventually had to be capped at 38,000 entries, including runners and walkers. According to the most recent statistics at runningusa.org, it is the largest timed running event in Arizona and among the largest in the country.

“To think 16 years after he’s passed ,we can gather in excess of 30,000 people together to celebrate the life of somebody who’s special,” Edinger said. “I feel like the best thing I did in my life was start Pat’s Run. Hopefully I’ve done more, you know? But to me, that would be the one thing when I go.”

Hundley is still amazed at what the event has become from those early meetings. It is the single largest fundraising event for the Pat Tillman Foundation, which is led by Tillman’s widow, Marie. It funds the Tillman Scholars program, which provides scholarships for military service members, veterans and their spouses dedicated to service and leadership in and out of uniform. As of 2019, there were 635 Tillman Scholars working in leadership roles nationwide.

The event also has spawned “shadow” runs around the globe, for those who want to support the foundation but cannot be in Tempe for it.

“It was to kind of honor and pay tribute to ASU and Pat for all of us friends,” Hundley said. “(We) were looking for an outlet to do something, and it turned it into something bigger and badder than any of us could have imagined.”.

What started as some grieving buddies scheming in a Chandler bar over beer has turned into something none of them imagined.

Tammaro has a simple, favorite way of describing it. 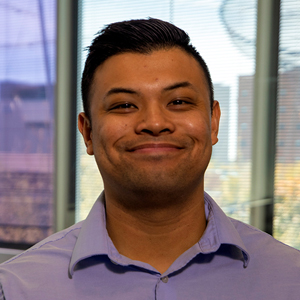