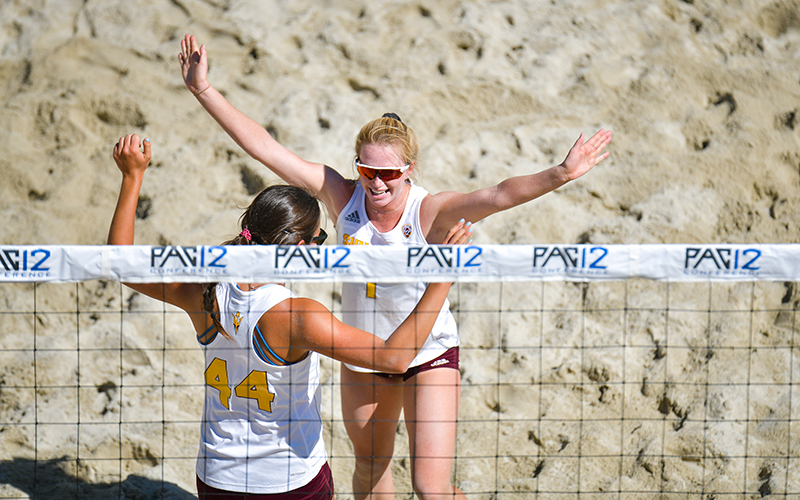 LOS ANGELES – One month ago, every sporting event in the nation came to a screeching halt to thwart the rapid spread of deadly COVID-19. The first to shut down were the professional leagues – and then came the biggest competition in college basketball: March Madness.

“For those of us who love and treasure college basketball, COVID-19 has resulted in the cancellation of NCAA basketball championships and an empty month that otherwise would be filled with tremendous excitement,” said Dan Gavitt, vice president of the NCAA, in a statement on March 15. The decision immediately suspended all NCAA winter and spring sports for the 2019-20 season.

When the NCAA basketball championships were canceled, 19 men’s and 18 women’s conference tournaments were yet to be played, meaning 132 men’s games and 81 women’s games never happened.

In addition to dashing the dreams of thousands of athletes in their senior years, shutting down March Madness resulted in a devastating loss of revenue. Television and marketing for the tournament alone made the NCAA $867.5 million in 2019.

“We all feel that sadness and empathize with the players… We’re heartbroken – the committee is heartbroken.”@NCAA SVP of Basketball Dan Gavitt walks @TheAndyKatz through the intense & unprecedented decision to cancel the NCAA Tournament, including all contingencies. pic.twitter.com/jEtPs5avKx

The announcement stunned basketball player Tess Borgosz, a junior at Towson University in Maryland. She got the news hours before a game against Northeastern.

“It was weird. Like we were all kind of, starstruck a little bit, because we couldn’t believe it,” she said. “And then it got very, very sad because then we thought about all the seniors.”

Ultimately, though, cancellation was the best decision, Borgosz said.

“I was actually getting taped on before our game in the hotel, and then our point guard had texted our group chat and told us that our tournament was canceled,” Borgosz recalled. “But I do believe that it was the right choice because I think it’s better safe than sorry.”

Some athletes learned of the decision on social media because the news broke before coaches could tell their players personally.

The fact that athletes from all around the country have to find out they won’t play another game during their senior season from Twitter, before there coaches get to address them as a team is an absolute joke. People need to be better, and consider how this news impacts others. https://t.co/RHEVhkMydn

“It was upsetting, I knew it was happening but I wanted to hear it with my own ears from my coach and not some random person,” said Joe Chionchio, a senior baseball player at Manhattan College in New York. “Us athletes have emotions, and the person from a different school in the conference who tweeted it didn’t have the consideration to wait an hour so we could find out from our coaches.”

For seniors, the news hit harder because they can’t play another year unless they pursue a master’s degree and stay in school.

“After the news, the coaches called us in, sat us down, They started crying and said, ‘For you seniors, you might have played your last baseball game,’ and we all started crying,” Chionchio said. “I went into my coaches’ office, thanked them, crying in their arms and told them I loved them.”

Since the news broke, athletes have had time to reflect on how they’re adjusting to not having sports.

“We used to practice around 6:45 a.m. every morning, and you’re not, like, ‘Oh, this is great, I’m so happy to be awake right now,'” said junior Kathryn Baldwin, who plays beach volleyball at Arizona State.

“Then to have this transition to waking up at 10 a.m. and not having classes till later, it’s the fact of not having that schedule set for everyday like it was, and I did take that for granted.”

“I didn’t realize how big of a part beach volleyball was of me in just my identity,” Plaster said. “Over these last few weeks, I’ve woken up and I’m like, ‘What am I supposed to do today?’ Because during the season or off-season, I’d wake up and ‘Time to go get better at this one skill.’ It gave me a purpose, and now I don’t know what I’m supposed to do with myself.”

“I took it for granted.”

Baldwin and Plaster, who both were named to the Pac-12 All-Tournament Team, have been partners for their first two seasons and have set records for most wins as a duo (44) and most wins in a season (25).

“It was just good to leave our mark on the ASU beach volleyball history because it’s a growing program and have the incoming players have a goal they want to beat/reach,” Plaster said. “I’m just happy our names are in the record book but we want to keep going with more wins.”

‘I was in shock': Seniors on ASU women's basketball team adjusting to abrupt end

The NCAA is allowing an extra year of eligibility for spring sports – baseball, softball, tennis, golf, outdoor track and field, lacrosse, rowing, men’s volleyball, beach volleyball and women’s water polo – as those athletes were not allowed to continue their collegiate careers.

But this extra year does not apply to the winter sports, as in basketball, hockey, swimming and diving, and gymnastics.

“I don’t really think people are necessarily upset that the winter sports didn’t get their seasons back because we played the whole season,” Borgosz said. “I think it’s just an unfortunate turn of events. I understand it for the spring sports, and I absolutely think that they should get their seasons back.”