Brittney Griner of the Phoenix Mercury, speaking during a press conference after being selected as the first pick in the 2013 WNBA Draft, was a transformative selection for the franchise. (Photo by Christian Petersen/Getty Images)

PHOENIX – Despite a franchise-worst 7-27 season, the Phoenix Mercury were optimistic about the franchise’s future as the 2013 WNBA Draft approached.

Phoenix held the No. 1 pick in a WNBA Draft with Brittney Griner from Baylor, Elena Delle Donne from Delaware and Skylar Diggins (now Diggins-Smith) from Notre Dame, dubbed the “Three to See.”

Each was considered a game-changing player.

On April 15, 2013, the Mercury drafted Griner and rejuvenated the organization. Phoenix would return to the playoffs in 2013 and went on to win 29 regular-season games, the most in WNBA history, and roll through the playoffs in 2014 to win the franchise’s third WNBA championship.

Amber Cox, president of the Mercury at the time, recalls the night the team drafted Griner as a highlight in her career.

“The night we drafted (Griner) will go down as one of my favorite memories working in sports,” said Cox, now vice president of the WNBA’s Connecticut Sun and National Lacrosse League’s New England Black Wolves. “We had a lot of our Mercury staff members in Bristol, (Connecticut, where ESPN’s headquarters are located) and hundreds of season ticket holders back in Phoenix celebrating at a WNBA Draft party at the (Kimpton) Palomar (Hotel downtown), where we dropped a giant banner, featuring her dunking, down the side of the building.

“Brittney was pulled in a million directions that night for interviews, but she was so gracious with everyone, and in particular the Mercury staff, taking photos and getting to know everyone.”

Behind the Washington Mystics, the Phoenix Mercury had the second-highest odds in the WNBA Draft Lottery, with a 27.6% to acquire the No. 1 pick.

Still, Cox was confident about the future for Phoenix.

“We were excited,” Cox said. “Given the talent at the top of that class, we knew we were getting a player who could impact the franchise for many, many years.”

Then, the team won the lottery and the right to draft Griner.

In addition to that WNBA championship in 2014, Griner has been a two-time WNBA Defensive Player of the Year winner and a six-time All-Star selection. She has career averages of 17.3 points, 7.3 rebounds and 3.0 blocks per game and has led the WNBA in scoring two of the last three years. She also has led the WNBA in blocks each of her seasons and has the more dunks than any player in WNBA history.

Diggins-Smith, who was recently traded to the Mercury, and Delle Donne have also lived up to the hype leading into that draft. Delle Donne is the only WNBA player in the 50-40-90 club – shooting 50% from the field, 40% from the 3-point line and 90% from the free-throw line in a season.

Delle Donne won the latest WNBA championship with the Washington Mystics, and also has two WNBA Most Valuable Player awards, is a six-time All-Star and was the WNBA Rookie of the Year in 2013, beating Griner out for that award. 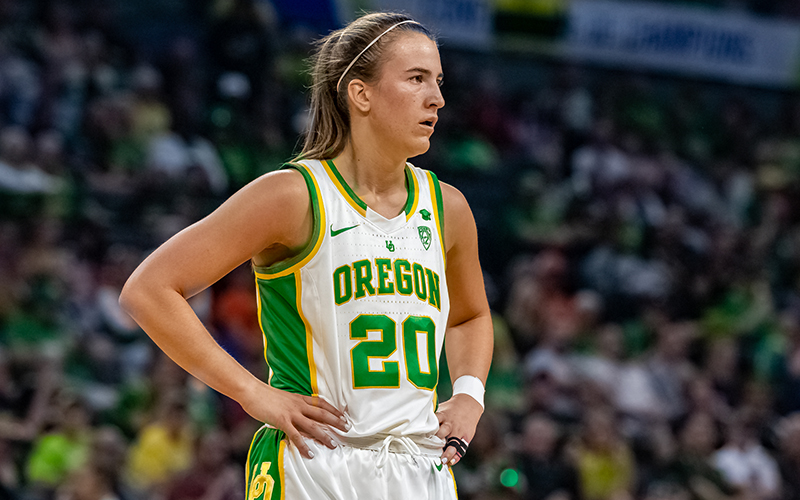 Before the 2013 WNBA Draft came, Cox said everyone in the Phoenix Mercury organization was on the same page. There was never a doubt that the Mercury would use the No. 1 pick to draft Griner.

“I don’t want to take anything away from Elena,” Cox said. “It was clear she was going to be an incredible WNBA player, and she has proven that. Every so often, there are players who come along with a skillset that has never been seen. That was and is Brittney.

“From the moment we landed the top pick, we prepared for the day she would walk across the draft stage and be handed a Mercury jersey.”

Jessica Garcia, 31, from Reno, Nevada, who runs a popular WNBA fan account on Twitter, has been a Phoenix Mercury fanatic since 2004, and she was also excited for the 2013 WNBA Draft.

Before the 2004 season, the Mercury drafted Diana Taurasi, widely recognized as the greatest WNBA player, with the No. 1 pick. Taurasi was the reason Garcia became a fan.

Garcia admitted that the 2012 season was rough, but she was looking forward to the draft knowing Phoenix would likely be taking a perennial All-Star with the selection.

“I was elated when I found out we had drafted Brittney Griner,” Garcia said. “I knew she was a game-changer on offense and on defense. There were few, if any, players with her size and skill set. I had seen high school videos of her dunking and was looking forward to watching her in action.”

Garcia agreed, saying that she wanted Griner in the Mercury lineup.

But, she admits she was wavering.

“At the time, I was going back and forth between Griner and (Delle Donne),” Garcia said. “I thought (Delle Donne) might have fit our system better, but Griner was a once-in-a-lifetime kind of a player.”

Phoenix won’t have the No. 1 pick in the virtual 2020 WNBA Draft Friday night, but the New York Liberty will, and are expected to select a potential WNBA superstar in Oregon guard Sabrina Ionescu.

Griner already has a legacy that goes beyond the court.

“We knew we landed not only a special player on the court but an even better person off of it,” Cox said. “With her efforts around anti-bullying, her annual shoe drive and especially her work in the LGBTQ community, she is so accessible and transparent about who she is. The impact of that is incredibly far-reaching. It is no coincidence that the WNBA’s efforts around Pride went to another level once (Griner) joined the league.

“She uses her platform as one of the best in the game to make the world a better and more equitable place. I don’t think any of us will ever know how many lives she has impacted just by being her authentic self and willingly sharing her truth.

“… I am so proud of all she continues to accomplish. Phoenix is lucky to have her.”