Keith Tkachuk was the captain of the Arizona NHL team that called itself the Coyotes before its debut in 1996. (Photo by Denis Brodeur/NHLI via Getty Images)

PHOENIX — Ask anybody and they’ll tell you: Ice in a desert won’t last very long. Yet 23 seasons and a couple name changes later, the Arizona Coyotes have persevered in the Valley of the Sun.

Originally founded in the World Hockey Association in 1972 as the Winnipeg Jets, that team joined the NHL in 1979 along with the Edmonton Oilers, Hartford Whalers and Quebec Nordiques. After switching leagues, the Jets eventually switched countries, leaving the Canadian province of Manitoba in 1996 for the American Southwest

Before the team even settled into its new home, before it sent a single moving truck out and before a single box of equipment was packed, the team needed a new name. What better way to pick a name than by holding a contest with fans?

There were many entries, a few which really stood out. Some of the names tossed around included Wranglers, Outlaws, Mustangs and Freeze. The top two choices, however, were the Scorpions and Coyotes. Both were representative of the Sonoran desert, and both were well received. When it came time to decide, the ownership and management groups opted for the “overwhelming favorite” of Coyotes.

“It was the perfect choice,” said Rich Nairn, executive vice president of communications and broadcasting.

Once the name of Coyotes was chosen, the team then held a drawing among participants who entered the eventual chosen name. Three names were drawn in which two fans won tickets to the Jets’ season finale, but one lucky fan won lifetime Coyotes season tickets. That fan was 17-year-old Brett Thornton.

“It’s not as drab as a lot of other NHL names,” Thornton told the media at the time. “I like it. I think it’s pretty cool.”

The team announced the name change on April 8, 1996. It became official later that July.

The team has since made one more tweak to its name. Before the 2014-2015 season, it became the Arizona Coyotes we now know.

Today, there are only two team employees who still remain from the original Winnipeg days. Those men are Nairn and head equipment manager Stan Wilson. Nairn recalls the move initially being a “huge culture shock” for the staff and players.

“We were moving from the NHL’s coldest climate to the hottest,” Nairn said. “We were also leaving a city where hockey was a religion and moving to the southwest United States where fans didn’t know much about the sport.”

It took some time for the team and staff to adjust to their new environment, but many — including Nairn — were excited for the transition.

“It was an incredible opportunity for me, and I was very fortunate and appreciative of the opportunity,” he said. “As soon I arrived, I loved the Valley.”

The void in Winnipeg left by the departure of the Jets was soon filled in 1999 when the Atlanta Thrashers relocated north to become the new Winnipeg Jets. Meanwhile, the NHL had found a home in the desert, a place where many thought an ice rink just wouldn’t make sense.

Twenty-three seasons later, the Coyotes franchise is still going strong in Arizona, and the team awaits the day when skates, sticks and pucks can once again hit the ice. 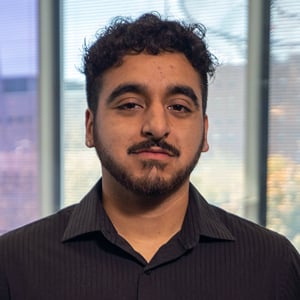