PHOENIX – DACA recipients who are set to renew their benefits grew anxious when the U.S. Citizenship and Immigration Services announced it would close all offices from March until at least early May in a move to limit gatherings during the coronavirus pandemic.

However, recipients of the Deferred Action for Childhood Arrivals program – known as DACA – recently received some welcome news: They can renew their DACA grant and employment authorization card using previously submitted biometrics.

The USCIS will use fingerprints and images on file to renew applications for recipients whose benefits will expire in the coming months. Normally, USCIS uses biometrics to verify identity, produce secure documents and conduct criminal and national security background checks.

Benefits for thousands of recipients are set to expire this year.

“This came as a great relief for DACA recipients who were holding their breath not knowing whether their DACA was going to be renewed through the closing of the offices,” said Reyna Montoya, founder and CEO of Aliento AZ, a grassroots organization that supports DACA recipients and members of the undocumented community.

Montoya also said the USCIS’s decision only relates to DACA renewals following the Trump administration’s decision to rescind the DACA program in 2017.

She emphasized the change only pertains to step 2 of the process – applicants now do not have to go to the office in person. However, DACA recipients still must mail in their applications and await a letter from USCIS.

Citizenship and Immigration Services issued a statement regarding the closures and how the renewal process remains a priority.

“USCIS will continue to process immigration requests as expeditiously as possible,” it said. “USCIS is aware that processing for certain benefits and other immigration actions may be affected by an alien’s inability to attend required appointments at USCIS facilities, such as district offices and application support centers, while they are closed during the current COVID-19 crisis.”

Montoya, who is a DACA recipient, said it is important that DACA recipients regularly get their biometrics done regardless of COVID-19 shutdowns.

“It’s important for DACA recipients to do their biometrics every two years because one of the stipulations to qualify as a DACA recipient is not having a significant misdemeanors or felony on file,” she said. 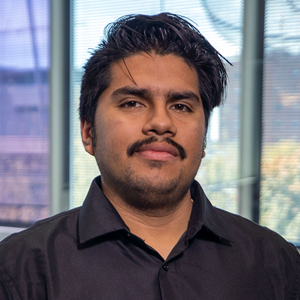