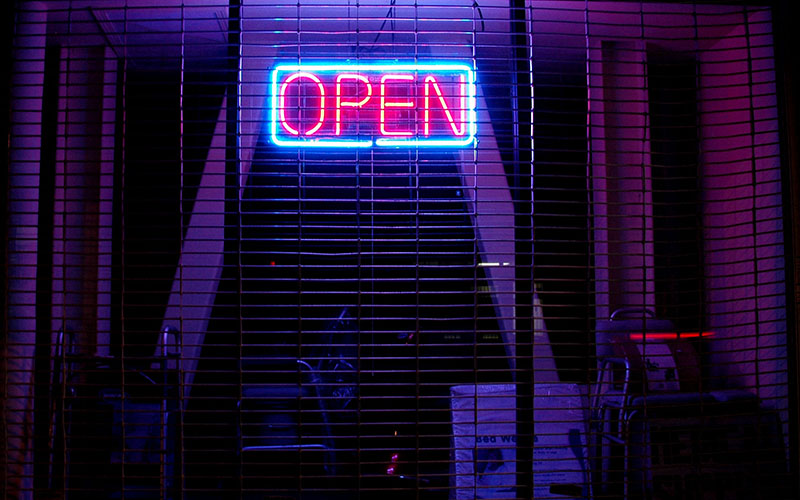 The $349 billion Paycheck Protection Program aims to keep people employed during the COVID-19 economic downturn by lending money to small businesses and forgiving the loan if 75% of it is used to keep workers on the payroll. (Photo by Tinou Bao/Creative Commons)

WASHINGTON – Banks and small businesses reported an overwhelming volume of calls and some confusion Friday as the Small Business Administration launched the first phase of the $2 trillion economic stimulus package in the face of COVID-19.

The $349 billion Paycheck Protection Program aims to help small businesses weather the economic crisis with loans that can be forgiven if companies use the money to keep workers on the payroll throughout the coming months of social-distancing.

The program was rushed into operation just one week after the signing of the historic Coronavirus Aid, Relief and Economic Security Act – or CARES – Act, with final rules not posted until Thursday night. That led to some confusion Friday and anxiety for small business owners like Randy Phillips.

“It was fairly clear some of these banks just don’t know what’s going on,” said Phillips, owner of Think Graphic and Printing Solutions in Tempe. “It just seems like the program was released so quickly and depending on how well the leadership of different banks are it doesn’t filter down all the way.”

He said he reached out to two banks Friday that seemed unfamiliar with the new program, as he nervously watched Treasury and SBA officials “tweeting about how many loans and how much money has been approved or processed for this program.”

Joel Nathanson, executive vice president of Scottsdale financial consulting company Arriba Capital, said his phones were ringing off the hook Friday. He also heard of problems with the roll-out.

“The SBA normally has 30 days to write guidelines, they tried to finish them in a week,” Nathanson said. “It’s supposed to go live today and the feedback we’ve been getting from the banks is that they still don’t have enough guidance to start lending yet.”

While acknowledging some early issues on the lender side, the lead lender relations specialist at the SBA Arizona district office, Craig Jordan, said loan applications were being approved by some institutions as of Friday afternoon.

“Some lenders are accepting applications, some are not set up yet,” Jordan said. “It will roll out over the next couple of days.”

Treasury Secretary Steven Mnuchin said in a tweet Friday afternoon that the SBA had already processed $1.8 billion in loans nationwide “mostly all from community banks.”

Ron Evans, the chief credit officer at West Valley National Bank, said even though his bank was overwhelmed, with 30 to 40 calls an hour about the Paycheck Protection Program, it was still able to process applications.

“We’re trying to accommodate as many people as we can,” Evans said. “We’re getting it over to the SBA as quick as possible based on the guidance we have from them now.”

Under the program, loans are available for companies, nonprofits and independent contractors that can have no more than 500 employees in most cases. Recipients can get up to $100,000 per employee to use on rent, utilities and payroll.

Businesses don’t have to pay the loan back if they can prove that they used 75% of it to pay workers at close to their current salaries.

Small businesses do not apply to the SBA, but are instead required to go through accredited lenders like banks to receive funds. 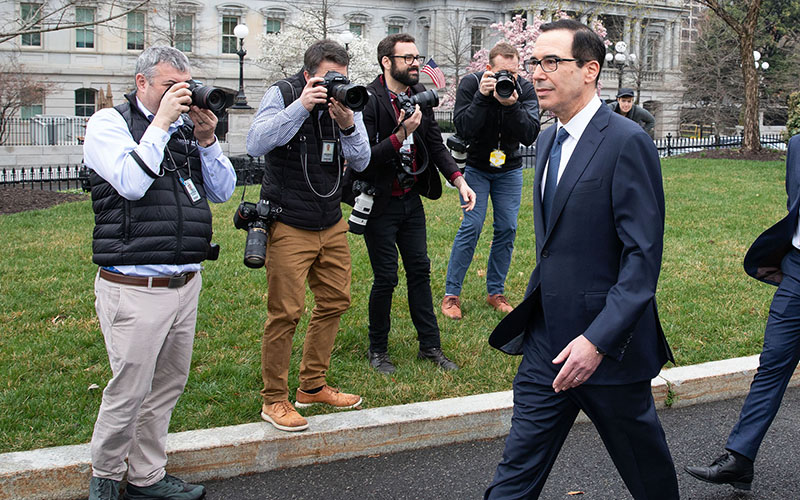 Despite glitches on the first day of the Paycheck Protection Program, it took in tens of thousands of applications and Treasury Secretary Steven Mnuchin tweeted midday $1.8 billion in loans had already been approved. (Photo by Keegan Barber/The White House)

“We’re still awaiting full guidance in some areas of the loan applications, but we’re processing them. We think we have a grasp,” Evans said. “Even on the SBA end, we still get the feeling things are still changing rapidly and it’s still sort of a fluid situation.”

Sen. Martha McSally, R-Arizona, said in a webinar on Thursday that part of the problem was the amount of time it took to pass the CARES Act. That left Mnuchin and the SBA “scrambling to develop guidance out to financial institutions so that you can walk in or electronically apply for these forgivable loans,” she said.

Nathanson said with the rules and terms for the loan program being changed several times over the course of the week leading up to its launch, it left “a lot of uncertainty still in the program” for lenders. He said he is concerned by “every day that goes by and people aren’t getting paid.”

Evans said all he could do was ask business owners applying for loans at his banks to be patient.

“We’re doing everything in our power and … we understand the sense of urgency of the business owners in our community and the impact it has on their employees,” Evans said. “We want to make sure that people in our communities are taken care of.”

Phillips, who has been reaching out to banks all week, said he “felt immobile” by the confusion he encountered Friday and the news that loans were being approved for some businesses. But, he said, he doesn’t have a choice but to keep on trying.