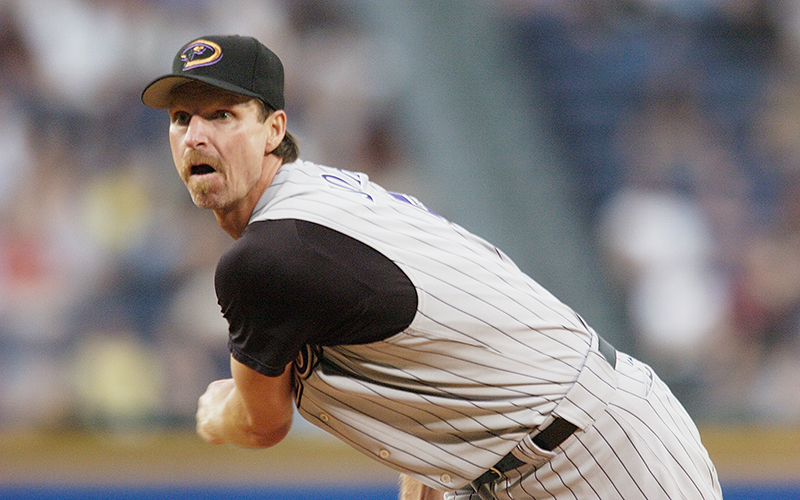 Nineteen years ago, Randy Johnson hit a bird with a pitch. It became a viral sensation, much to the dismay of the Diamondbacks left-hander. (Photo by Pio Roda/Atlanta Braves/MLB via Getty Images)

PHOENIX – Former Diamondbacks pitcher Randy Johnson accomplished a lot during a 22-year Hall of Fame career. The “Big Unit” was a 10-time All-Star, won the Cy Young Award five times and was named Most Valuable Player of the 2001 World Series when Arizona beat the Yankees for the championship.

However, one of his most memorable feats might have been something that happened during spring training on March 24, 2001.

It was the seventh inning of a split-squad Cactus League game between the Diamondbacks and the San Francisco Giants at Tucson Electric Park. The flamethrowing left-hander was on the mound and Calvin Murray, the uncle of Cardinals quarterback Kyler Murray, was in the batter’s box.

What happened next wasn’t intentional, but it gave a new definition to foul ball. Or rather, fowl ball.

As Johnson delivered a screaming fastball and catcher Rod Barajas raised his glove to receive the incoming Rawlings, a dove flew between the mound and home plate.

The bird and baseball intersected in an eruption of feathers, drawing an audible reaction from the crowd.

On this night, Suns' Booker did something Jordan and Bird never did

“It was an explosion,” said Barajas, now a member of the San Diego Padres coaching staff. “I don’t know any other way to put it.”

In an interview with Fox Sports Arizona, Johnson described it as “a blur going across home plate and the ball simultaneously hitting that blur. It’s just hard to really put that into perspective. It happened so quick.”

The scene was only captured by the team’s video coordinator because spring training games were not broadcast as often as they are today. Had it not been caught on camera, it might have been soon forgotten.

19 years ago today, Randy Johnson hit a bird with his fastball. Seriously. 😳 pic.twitter.com/jJVLtMfkUs

Instead, it lives on thanks to YouTube, and has become part of Johnson’s legend.

One quirk about that pitch is, technically, it never happened. The umpiring crew ruled it a no pitch because the ball never reached home plate, and there is no official rule that covers the bizarre scenario of a pitch hitting an animal en route to the plate.

Unfortunately for the dove, the near-100-mph pitch ended its life on impact. Its body eventually was picked up by Giants second baseman Jeff Kent, who jokingly pointed toward Johnson before taking it to the dugout.

Johnson, who’s a conservationist, wasn’t amused by the ordeal.

And neither was PETA (People for the Ethical Treatment of Animals), which considered pressing animal cruelty charges against the pitcher on the dove’s behalf.

“I was considered a bird killer,” Johnson said in the Fox Sports Arizona interview. “What became kind of funny actually became a very serious moment.”

No charges were filed, and it seems that time has softened his view on the whole thing. The logo for his photography website rj51photos.com is a dove lying on its back.

“A lot of people didn’t know what that stood for,” Johnson said. “Those are the people that I probably want to talk to about my baseball, because they have no idea what the bird stood for. But everyone that wants to talk about baseball first talks about the bird.”

Johnson is considered one of the greatest pitchers to play the game, and the impact his most notorious pitch had on his legacy can be debated. But the tale will forever be a part of his history. 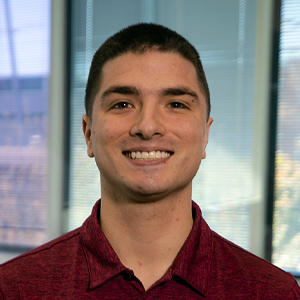