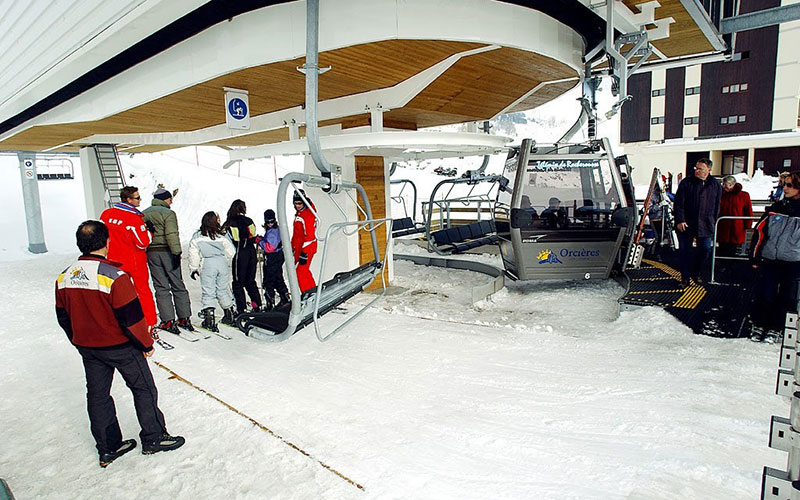 Arizona Snowbowl north of Flagstaff plans to replace a lift built in the 1960s with one it says will be among the largest in North America. (Photo courtesy of Arizona Snowbowl) 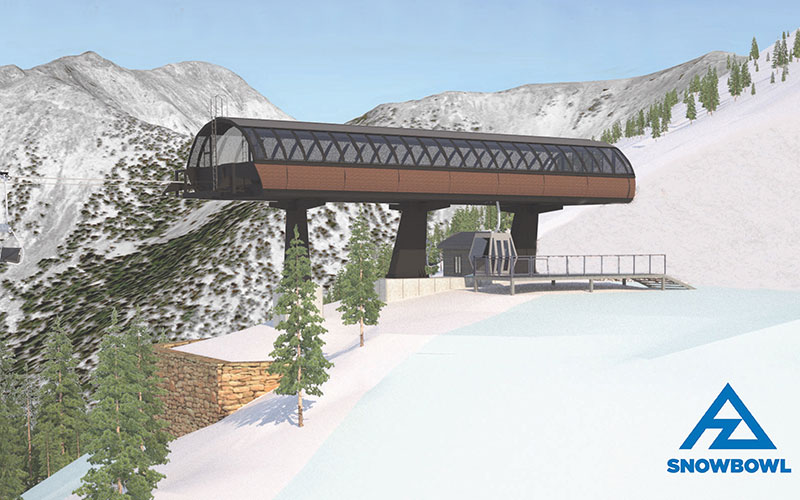 This is an artist’s rendering of the new ski lift Arizona Snowbowl will open in time for the 2020-21 season. It’s one part of a multiyear expansion project. (Photo courtesy of Arizona Snowbowl) 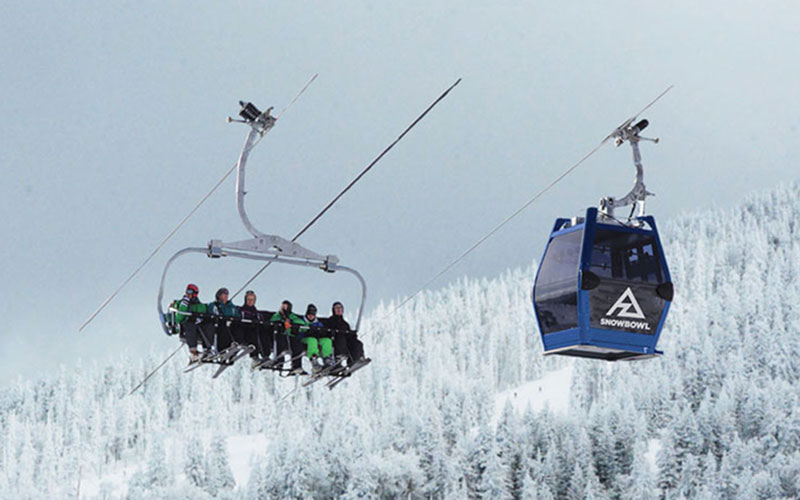 Mountain Capital Partners this year will replace a lift built in the 1960s with one similar to this one. Skiers will have the choice to ride in enclosed cabins. (Photo courtesy of Arizona Snowbowl)

PHOENIX – Arizona Snowbowl will replace an aging chairlift in need of repair with a much faster one, opening next season as part of a multimillion dollar, multiyear expansion, resort officials said Thursday.

The lift will replace the Agassiz Chairlift, which has been used since the early 1960s. Mechanical problems put the lift out of commission a month ago.

“This new lift is going to be high speed – time will be about half what it is now, said J.R. Murray an executive of Mountain Capital Partners, which manages the resort in the San Francisco Peaks north of Flagstaff. “It will be seven minutes compared to 14, and will give the option of an open chair or enclosed cabins.”

Last year, Snowbowl executives announced a $60 million renovation plan over 10 to 15 years to add new lifts, facilities, trails and night skiing. About 40,000 visitors come to the resort in the off-season, Murray said, using the lifts for scenic rides.

“We’ve added to lifts, parking and snowmaking,” Murray said. “Now it’s time we focus on our facilities with an emphasis on restaurants, restrooms and lodges.”

The resort has a significant economic impact on Flagstaff, at about $58 million a year, according to Murray, often bringing in overnight visitors. During peak season, he said, Snowbowl employs close to 700 people. 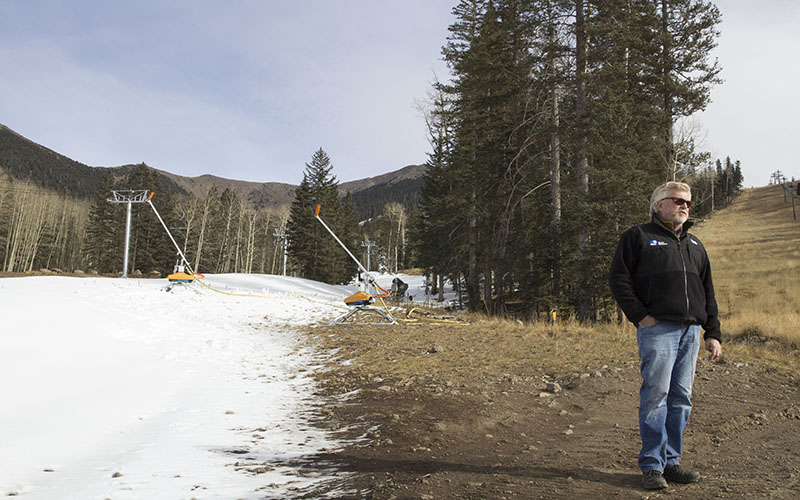 The U.S. Forest Service approved construction, which will begin in May.

“They are leasing that land and must have approval,” said George Jozens, spokesperson for the Coconino National Forest. “We make sure it’s environmentally safe and is not doing any harm to the animals.”

“We had to take everybody’s concerns, before we approved, for consideration,” Jozens said. 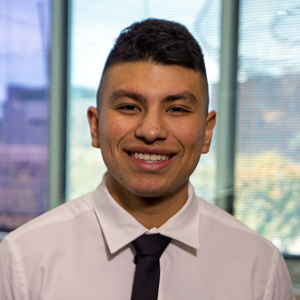