A children’s choir sings on the Senate floor before a proclamation is read on Refugee Lobbying Day, Feb. 10. (Photo by Kelly Donohue/Cronkite News)

PHOENIX – As a Somali refugee and determined activist, Naruro Hassan is used to other people speaking on behalf of the refugee community.

Yet she was finally able to make her own voice heard Feb. 10, when a group of more than 50 lobbyists for refugee rights joined her at the Arizona Capitol to attend legislative meetings and speak to senators one-on-one.

By day’s end, the Senate unanimously passed a pro-refugee resolution expressing gratitude for refugee contributions within the state. It’s waiting on a vote by the House.

“We were saying, ‘We are here, what can we do to support your efforts?'” Hassan said.

The We Are All America coalition, which works to empower and support the refugee community across the country, organized Refugee Lobbying Day, an event meant to empower refugees in the community, make their voices heard on the topic of resettlement and encourage state legislatures to pass pro-refugee legislation.

Arizona participants were looking to gain legislative support for two pro-refugee measures: a resolution on supporting refugees (Senate Continuing Resolution 1024 and House Continuing Resolution 2030), as well as the “Office for New Americans” bill (Senate Bill 1341). This office would respond to inquiries from state agencies, the press, immigration-serving organizations and the public regarding immigration issues in Arizona.

“Although it’s more symbolic, it’s important because it establishes our foundation to be able to push further legislation down the road,” said Nejra Sumic, a lead organizer of the event and a representative of We Are All America. “It also puts Arizona on a spotlight saying, ‘We have bipartisan support for refugees here in Arizona.'”

The lobbying event took place weeks after Gov. Doug Ducey announced the state would continue to welcome refugee resettlement. The governor’s letter of consent responded to a White House executive order that allows state and local governments to turn away refugees looking to resettle in their regions.

In January, the order was blocked by a federal judge who ruled it would allow state and local governments “veto power” over refugee resettlement. The Trump administration has appealed the judge’s decision.

“It was amazing to see the turnout of the community, and also to see the legislators’ support for the bill,” said Hassan, a human rights advocate and Arizona State University senior. “Most of the time, it’s somebody who doesn’t know anything about refugees (who is) speaking about refugees in the government. So in every meeting, there were refugees telling their own narratives, what their needs are and how much they have succeeded here.”

The coalition’s vision for Refugee Lobbying Day was to build direct relationships within the Legislature. By offering a firsthand point of view, the group hoped it would be able to educate legislators on refugee resettlement in a unique way. 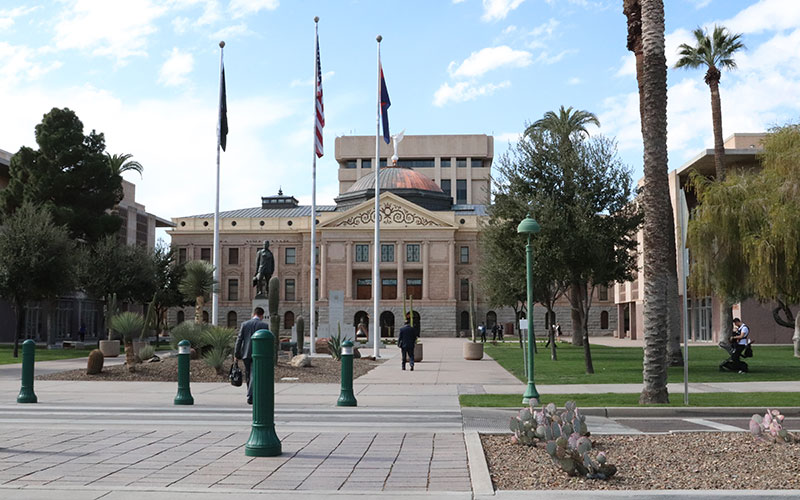 We Are All America, the Council on American Islamic Relations, Somali United, the International Rescue Committee of Phoenix, Lutheran Social Services of the Southwest and Arizona Jews for Justice took part in Refugee Lobbying Day at the Capitol on Feb. 10. (Photo by Kelly Donohue/Cronkite News)

It was especially important for Hassan to meet with Christina Corieri, senior policy adviser for the governor, to express her support of a recent declaration made by Ducey.

Corieri “understood where we were coming from,” Hassan added. “She was very understanding and very supportive. It was good to see that she saw this as a humanitarian issue.”

Princesleah Aguilera, who works with Chicanos Por La Causa and We Are All America, met with state Sen. Rebecca Rios, D-South Phoenix, to lobby in favor of the resolutions and SB 1341.

“This is my first time doing this,” Aguilera said. “It’s so difficult to get into these meetings and it’s so difficult to plan something like this, but the fact that people are taking time out of their days to work for this and defend so many other people. … It’s just nice to see.”

We Are All America was joined by other organizations, including the Council on American Islamic Relations, Somali United, the International Rescue Committee of Phoenix, Lutheran Social Services of the Southwest and Arizona Jews for Justice. 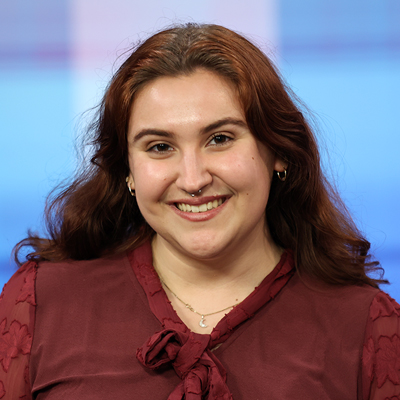