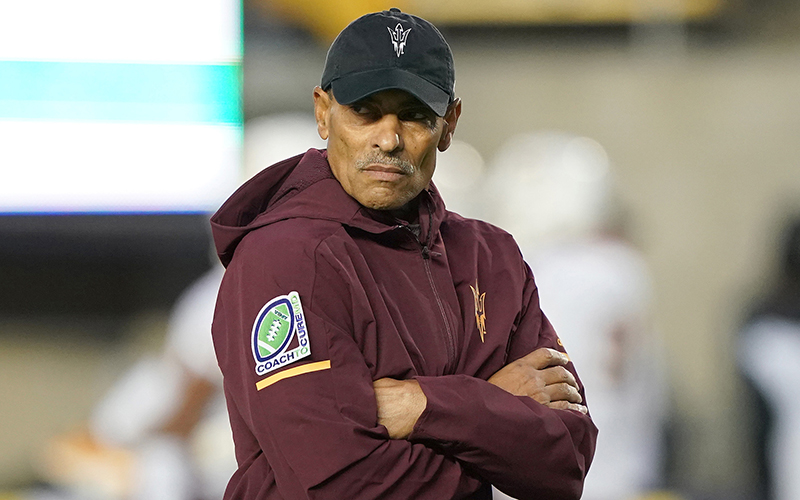 TEMPE – The Arizona State football team has cracked the Top 25 of many top recruiting services for its 2020 class. Rivals, ESPN and 247Sports all have the Sun Devils on the rise, and it’s reflected in the work that coach Herm Edwards is witnessing when he looks at the field and sees his players engaging in impromptu morning workouts.

“The vibe I get from the players, they’re kind of excited,” Edwards said. “Our culture has developed. And that was critical. Our players understand our culture now.”

Creating an environment for more ambitious recruiting and continuing the vision of the third year coach has become an important part of that shift in Arizona State’s evolving culture. The players are involved, the coaching staff is involved and recruiting is at the front of everything this group is working toward.

“I think when you decide to come back, you have to look at the environment you’re walking into,” Edwards said about returning to college football. “I was a little bit taken back with the time that you spend on recruiting. When I first arrived here I said maybe 70%. I was wrong, I was wrong. It’s 90%, it’s your whole life. It’s what you do.”

It’s a sentiment echoed and embraced by new offensive coordinator Zak Hill as well as returning coach Antonio Pierce, who Edwards admits has so many titles within the team he forgets how to address him at times. Pierce recently added the title of co-defensive coordinator, splitting duties with Marvin Lewis.

While the specifics of how that role will play out have yet to be fully determined, Edwards remains as calm about the situation as he appears with everything else.

“The great part about this is that Antonio played for Marvin in Washington,” Edwards said. “I think, with that being said, they will figure out how to do that. We’re talking about two guys that have been together, former player, former coordinator that became a head coach obviously. Then AP went on to continue to play and then become a head coach in high school so I think it’s just a matter of how we want to orchestrate it.”

Although the recruiting process has taken great strides with this class, the work still has its challenges. Recruiting a position player that will likely spend a good deal of time off the field learning the system and watching current quarterback Jayden Daniels has Hill looking at new ways of selling the school.

“It’s always a trick, especially at this position, where only one guy’s gonna play,” Hill said. “With Jayden’s progression and success already, being early in his career, it can be tough at times to find a guy.”

With incoming quarterback Daylin McLemore, Hill not only sees a high-ceiling caliber athlete, he also sees someone that is not only looking for an opportunity to play, but someone that really wants to be at ASU.

For Pierce, the recruiting landscape is a more prosperous area. Unafraid of the scheduling and travel demands involved in the process, he welcomes the challenge and has high aims.

“Playing in the Las Vegas Bowl was cool. Winning the Sun Bowl and getting Corn Flakes and watching coach, that was cool,” Pierce said.

“I don’t care where they come from, could be Alaska, could be South America, we’ll go wherever you’re gonna find them. Give me a small island, we’ll get a little rowboat we’ll go out there and find them.”

For Edwards, he was blunt about what he wanted: “We’d like to give every five-star guy in Arizona a scholarship.”

The larger challenge for him is staying within his own process. Understanding that part of what is special about this new culture is that other people will naturally want to step in and try to lure some of the talent away.

“When you think about our program,” Edwards said, “I think we’ve done a nice job of doing some things where other people are looking at us and saying ‘You know what, I want a couple of those coaches, I want someone off that staff.’”

For now, at least, the staff is still being built and molded to fit the vision Edwards has for Arizona State football. The leap in, and excitement around, the success of this year’s recruitment class are all a part of that vision, and as the culture continues being absorbed and embraced by returning athletes as well as adopted by the incoming class, Edwards believes improving the footprint of the Sun Devils will likely gradually continue to increase, and not just locally.

All part of the plan. 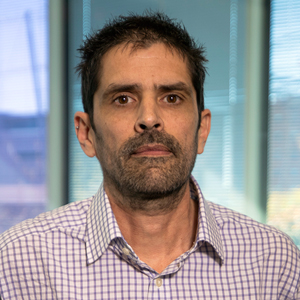