Judah Samet, a survivor of the October 2018 shooting at the Tree of Life Synagogue in Pittsburgh, is applauded by other guests at the 2019 State of the Union address. The president and lawmakers often try to make points with the guests they invite to the annual address. (Photo by Andrea Hanks/The White House)

WASHINGTON – For Michael Waldman, a speechwriter for former President Bill Clinton, the guests at the State of the Union address are “often as interesting as what’s on stage.”

“You can tell lot of the message from the stagecraft,” said Waldman, now the president of the Brennan Center for Justice at New York University’s School of Law.

Arizona lawmakers appear to have gotten that message, with many bringing guests to President Donald Trump’s State of the Union to highlight issues ranging from health care to immigration and border security.

Vanessa Mendez, a Dreamer and second-grade teacher at Papago School who will be the guest of Rep. Ruben Gallego, D-Phoenix, said she hopes to hear Trump bring attention to “something to do with immigration that isn’t negative” but would give her and other Dreamers “light and hope.”

Gallego said in a statement that he invited Mendez for her “passion for educating children in our community and her commitment to giving back.” Mendez, who was called “an inspiration” by Gallego, said it was just nice to be acknowledged.

“A lot of negativity has come about with DACA recipients, so it feels really nice to know that there are people out there that will reach out,” she said.

Rep. Andy Biggs, R-Gilbert, reached out in the other direction: His guest is “Angel mom” Mary Ann Mendoza, who became an activist in the immigration debate after her son, Mesa Police Sgt. Brandon Mendoza, was killed in 2014 by a drunken driver who was undocumented.

Biggs said in a prepared statement that Mendoza’s presence is meant to make a point about “Congress’s refusal to secure the border, enforce our immigration laws and remove incentives for aliens here illegally.” 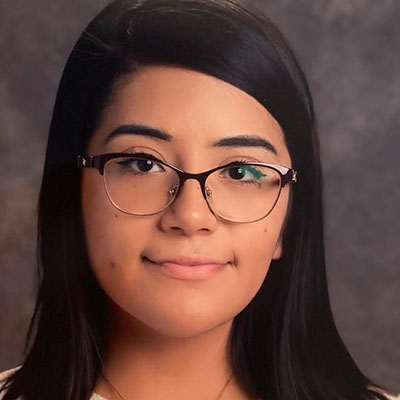 Vanessa Mendez, a Dreamer and second-grade teacher at Papago School, who hopes the State of the Union includes “something to do with immigration that isn’t negative.” (Photo courtesy Vanessa Mendez)

“I call on my colleagues to join me in taking meaningful steps to secure our border and protect innocent American lives,” said Biggs, who praised the president’s record on immigration and border issues.

“As governor of Arizona, I worked closely with Debbie on issues like illegal immigration and securing our border,” Brewer said in a statement released by Lesko’s office. “Now we have a president that supports both of these goals and has taken decisive action.”

Rep. Paul Gosar, R-Prescott, is taking a less-direct route to the border issue, inviting business owner Bill O’Keeffe, who he said has proposed many innovations in the construction industry, such as using bulletproof glass for some portions of the border wall. A spokesman said in an email that Gosar “thought Mr. O’Keeffe would be a fantastic guest to listen in person to another innovative person, President Trump.”

Trump’s immigration policies also motivated the choice of guest by Rep. Ann Kirkpatrick, D-Tucson, but for a different reason.

She invited Teresa Cavendish, who works with Catholic Community Services in Tucson. In a statement from her office, Kirkpatrick said that despite the “administration’s heartbreaking actions” she has seen the “Tucson community come together to offer a humane response.” She praised Cavendish for her work in leading programs that have “opened their doors and hearts to migrants seeking asylum.”

Kirkpatrick, who took a leave from Congress to seek treatment for alcohol dependence, will not be at the State of the Union. Cavendish will be officially escorted instead by Rep. Greg Stanton, D-Phoenix, who has gone a more traditional route with his guest.

Stanton invited Lynette Stant, Arizona’s 2020 Teacher of the Year and third-grade teacher at Salt River Elementary School in the Salt River Pima-Maricopa Indian Community. He said in a statement that Stant is the “kind of educator every parent dreams of for their kids,” one who “pours herself into her work, ensuring that her students feel supported and respected during a critical year of school.”

Mary Ann Mendoza, in a 2017 photo with a necklace honoring her son, Brandon, who was killed in a 2014 car crash with an undocumented immigrant. She has advocated for stricter immigration policy since. (Photo by Megan Janetsky/Cronkite News)

Rep. Tom O’Halleran invited Tara McCollum Plese, an official with the Arizona Alliance for Community Health Centers. The invitation not only points to the importance of “high-quality, affordable integrated health care,” O’Halleran said in a statement from his office, but also aims to highlight his bill that would extend funding for Community Center Health Fund.

McCollum Plese said she was happy to join O’Halleran, whom she called a “staunch supporter” of community health centers.

“He is actually running the legislation that would extend our funding throughout the United States for another four or five years,” she said. “It’s really critical that this all goes through.”

McCollum Plese said she hopes to hear a speech with a “positive” and “dignified” tone from the president, but that whatever it ends up being, “it will just be a great honor to be there.”

Lawmakers are not the only ones bringing guests. Since President Ronald Reagan, presidents have typically peppered their addresses with references to guests sitting with the first lady.

Trump is inviting 11 guests, who include beneficiaries of school choice and tax credit programs; the new deputy chief of the Border Patrol and a California man whose brother was killed by an undocumented immigrant; a political refugee from Venezuela and the widow and son of an Army sergeant killed in Iraq, among others.

And lawmakers don’t have to bring a guest to make a point. Rather than bring someone to Washington to listen to Trump’s speech, Rep. Raul Grijalva, D-Tucson, held a drawing in the office to give the ticket to a staffer.