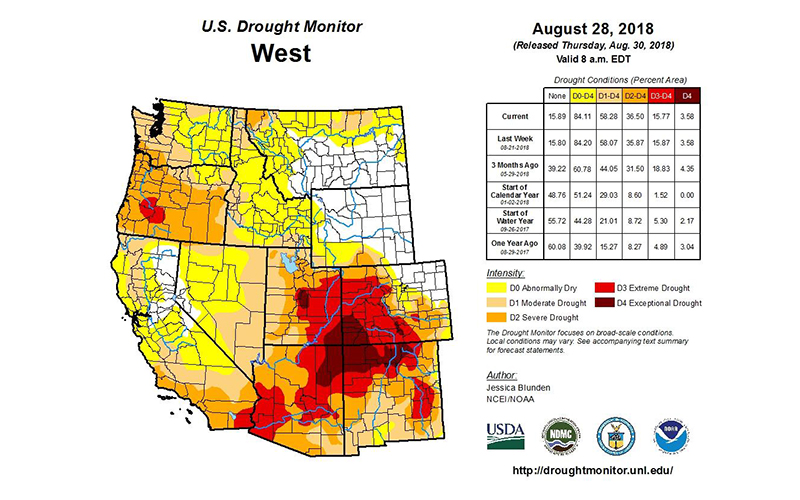 PHOENIX – The Four Corners drought of 2017 and 2018 caused $3 billion in losses and prompted the Navajo Nation to issue an emergency drought declaration.

Now, new research in the Bulletin of the American Meteorological Society suggests a sizable portion of the drought’s impacts stemmed from human-caused climate change.

The Four Corners drought was intensified by the highest regional temperatures on record, and occurred during a severe meteorological drought, which happens when dry weather patterns dominate an area.

According to model simulations, human-induced warming added 2.3 to 3.6 degrees Fahrenheit (1.3 to 2.0 C) to that heat – parching soil and shrinking plant coverage by 18% to 30% and further degrading poor rangeland conditions.

It also drained away 20% of potential snowpack meltwater.

“And this drought, which hurt so much of the interior of the U.S., is one of those examples of what climate change looks like in the here and now,” she said.

As available water is exhausted, an additional feedback between land and water can occur: As evaporation, which absorbs latent heat and cools the area, becomes impossible, sensible heat can climb even higher.

“If this is happening in a really dry environment and there’s no more moisture in the soil, that will then lead to even greater temperature rise,” Williams said.

Because the study did not model such effects, its results likely reflect a conservative estimate of the impacts of human-induced warming, the researchers said.