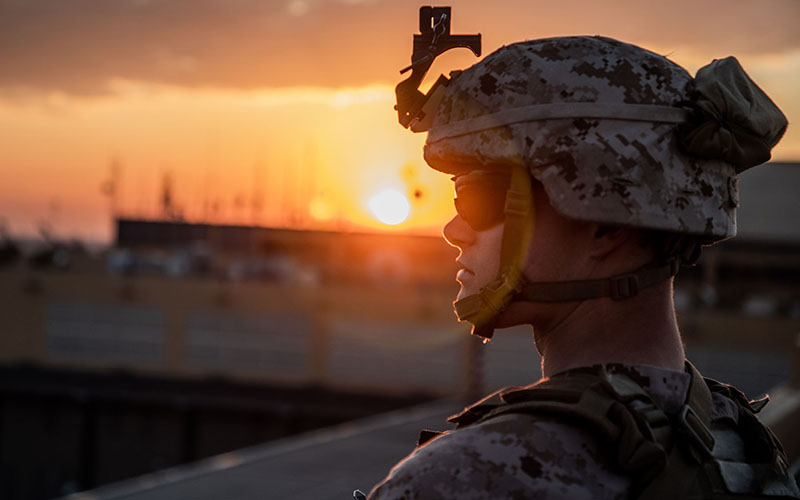 WASHINGTON – Arizona lawmakers split along party lines Thursday as the House passed a nonbinding resolution calling on the president to end the use of U.S. military “to engage in hostilities in or against Iran or any part of its government or military.”

The 224-194 vote saw a handful of lawmakers cross the aisle, but was mostly supported by Democrats who said Congress needs to reassert its authority over war powers, and opposed by Republicans who accused the other side of playing politics.

It came almost a week after President Donald Trump ordered a missile attack that killed Iranian Gen. Qassem Soleimani, the reported architect of multiple attacks against U.S. and Iraqi forces, and two days after Iran launched a retaliatory missile attack at coalition bases in Iraq.

Few argued that the killing of Soleimani could not be justified. But critics said Trump made the decision without consulting Congress, as is required by the War Powers Act, and that the attack unnecessarily brought the U.S. and Iran to the brink of war.

“The House of Representatives reasserted itself as a coequal branch of government today after President Trump’s illegal and reckless strike on Iran that put our servicemembers and diplomats directly in harm’s way,” said Rep. Raul Grijalva, D-Tucson, in a statement after the vote.

Likewise, few Republicans argued against the fact that only Congress has the authority to declare war. But the U.S. and Iran are not a war, they noted, and they argued that the strike was actually a measured response to escalating attacks by Iran and its proxies, directed by Soleimani.

“I believe the Jan. 3 airstrike, which was the impetus for today’s resolution, was fully justified,” Rep. Andy Biggs, R-Gilbert, said in a statement after the vote.

Biggs’ vote came even though he is a founding member and co-chair of the bipartisan War Powers Caucus, which aims to make sure that “Congress is at the heart of all decision-making related to our country going to war.” He said Thursday that a larger conflict would require Congress to act, but accused Democrats of playing politics with the resolution.

“There is a time and place for this … and today’s vote, embroiled in political animus toward the president, is not the appropriate vehicle,” Biggs’ statement said.

Critics argued that the resolution is not binding on the president and is unlikely to pass the Senate.

White House spokesman Hogan Gidley said the “ridiculous” and “misguided” resolution was only meant to undermine the president politically.

“President Trump’s decision to strike Qassem Soleimani … was the right course of action and authorized under his constitutional powers as commander in chief and chief executive,” Gidley’s statement said.

The strike on Soleimani followed days of back-and-forth attacks in the Middle East that began with the Dec. 27 attack on a military base near Kirkuk, Iraq, that killed a U.S. contractor and wounded several others. 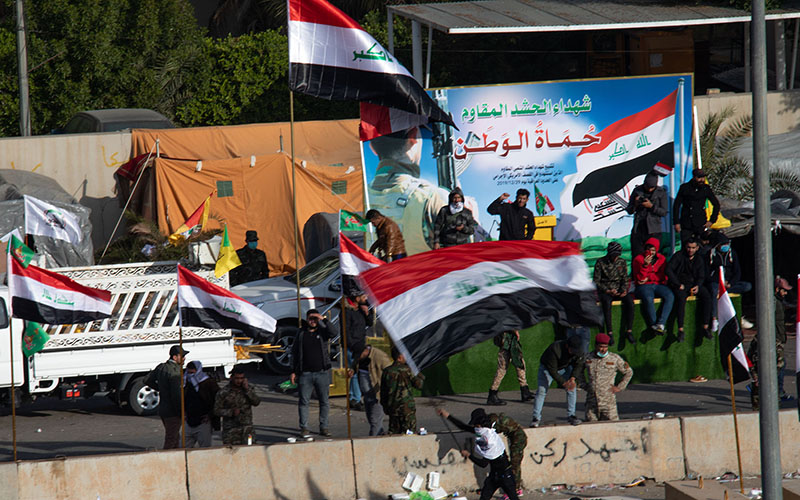 The Pentagon responded two days later with attacks on five sites in Iraq and Syria that it said housed weapons and command centers for the Iranian-backed group Kata’ib Hizbollah, which it blamed for the initial attacks.

After that, crowds of Iraqis stormed the U.S. Embassy in Baghdad, setting fire to a gate and putting personnel there under siege – an attack that the administration said was organized by Soleimani. That led to Trump’s order Jan. 3 to kill Soleimani, who was in Baghdad “planning new attacks on American targets,” the president said Wednesday.

His remarks came just hours after Iran launched more than a dozen missiles at two military bases in Iraq used by U.S. military and coalition forces. But with no injuries and minimal damage reported as a result of that attack, Trump said that Iran “appears to be standing down.”

He said he would ask NATO to get more heavily involved in the Middle East and encouraged the Iranians to negotiate – even as he said the U.S. would impose “punishing” economic sanctions and would not refrain from using military force if provoked.

“The fact that we have this great military and equipment … does not mean we have to use it,” Trump said. “We do not want to use it.”

Pentagon officials briefed House members and senators on the attacks after the fact Wednesday, but lawmakers on both sides of the aisle came away dissatisfied, with many wondering how the administration plans to handle future relations with Iran.

Many, including House Speaker Nancy Pelosi, were irritated by the Pentagon’s insistence that it had not briefed lawmakers before the attacks because it was “keeping it close.”

Rep. Ann Kirkpatrick, D-Tucson, did not vote Thursday because of what her office called an unexpected health incident, but said she had planned to vote for the resolution.

“We have serious concerns about the Trump Administration’s decision to engage in hostilities and their apparent lack of strategy,” her statement said.

But Rep. David Schweikert, R-Fountain Hills, who opposed resolution, put the blame back on Congress.

“If we want to take Congress’ constitutional authority to declare war seriously, the House should have drafted a strong, binding resolution that could be sent to the president’s desk,” he said in a statement before the vote.

One thing all sides agreed on was the desire not to see war.

“I look forward to continued de-escalation and future diplomatic initiatives that will lead to a peaceful, non-nuclear Iran,” said Rep. Tom O’Halleran, D-Sedona, in a statement after his vote for the resolution.