Farmers switch irrigation to save water, keep the Colorado River from growing saltier 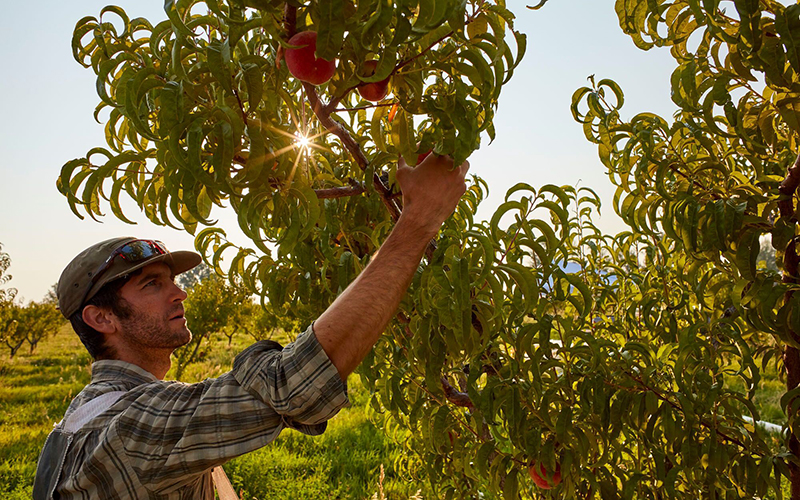 Peach grower A.J. Carrillo’s Deer Tree Farm will have a new irrigation system by fall 2021, thanks largely to federal funding and support. The change to microsprinklers will give him greater precision and control in water use. (Photo courtesy of Chris Cassidy) 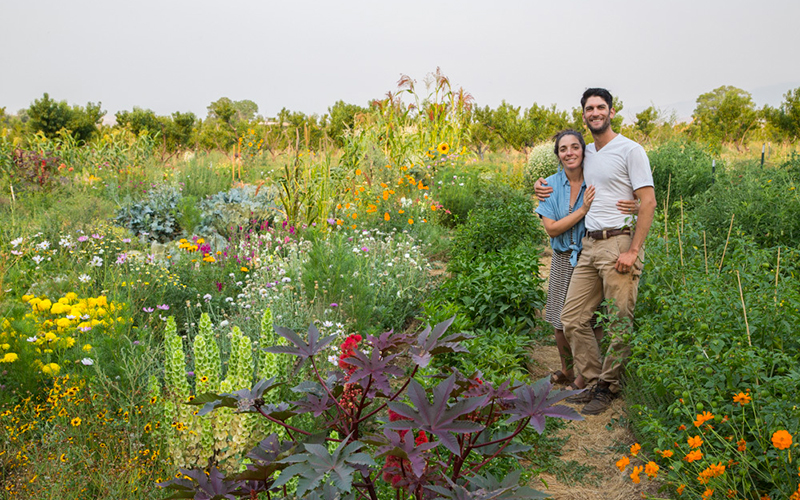 A.J. and Nicole Carrillo farm 18 acres in the high desert just west of Hotchkiss, Colorado. To help them afford the move away from wasteful flood irrigation, the couple turned to the federal Natural Resources Conservation Service. (Photo courtesy of A.J. Carrillo)

PAONIA, Colorado – A.J. Carrillo farms 18 acres near Hotchkiss, Colorado, in the high desert of the Western Slope about an hour southeast of Grand Junction. When he irrigates his peach orchard, water gushes from big white plastic pipes at the top of the plot and takes half a day to trickle down to the other end of his 5-acre orchard.

Carrillo is planning to convert his Deer Tree Farm from flood irrigation, which has been commonly used in the West for more than a century, to a new and much more efficient style of irrigation – microsprinklers.

Changing irrigation methods is something more and more Western Slope agricultural producers, from small to large, are doing. With help from federal funding, they’re able to apply less water to grow their crops and make their land more resilient to drought. And more important, the switch also means that fewer pollutants run off their fields into the Colorado River, keeping it cleaner all the way down to Mexico.

Salt and selenium occur naturally in the shaley soils of the Gunnison Basin, leftovers of a prehistoric inland sea. Both substances are harmful to plants, fish and humans. Flood irrigation of fields allows water to penetrate deep into the soil, where it dissolves out salt and selenium. The contaminated water then runs off into ditches that eventually empty into the Gunnison River, and from there into the Colorado. The result is that farms in the Gunnison Basin send more than 360,000 tons of salt into the Colorado River each year.

“So we have a serious ecological issue going on here,” Carrillo said.

Perry Cabot, a water resources specialist with Colorado State University, said the salt must be removed before water can be used for drinking or industrial purposes, which is an expensive process.

“And when salty river water is used for irrigation, it stunts crop growth and can eventually make farmland unusable if the salt builds to a high enough concentration,” he said. “As you leach these salts out of the upper systems of a river, you concentrate them further and further, so it’s just this kind of creeping soil killer as it makes its way downstream.”

In California’s Imperial Valley, which grows about 80% of the nation’s winter vegetables, irrigating with Colorado River water has created fields so salty they’ve been abandoned.

Selenium, a trace mineral, is a problem, too. It’s especially harmful to the Colorado River’s four endangered fish species, including the humpback chub and razorback sucker.

“Selenium is known to have an impact on fish breeding such that the offspring end up with deformities and other problems,” Cabot said. To help those federally protected fish, government programs have been created to decrease the amount of selenium in the river.

The same actions that reduce selenium – improving irrigation efficiency and reducing runoff – help reduce salt as well. And those programs have a far-reaching impact.

During the 1960s, so much salt flowed into the Colorado River from U.S. farms that Mexico, at the downstream end, could no longer use it for irrigation; a solution was finally negotiated in the 1970s requiring major reductions in the river’s saltiness. Laws were passed and federal programs were created that gave farmers incentives to improve their irrigation methods.

Since then, the Colorado has gotten considerably cleaner. Casey Harrison, a soil conservationist who works with farmers through the federal Natural Resources Conservation Service, or NRCS, is part of that cleanup effort. In the Gunnison River Basin, the NRCS spends about $7 million a year to help roughly 75 farmers and ranchers convert to microsprinklers and other efficient irrigation methods.

The NRCS tailors plans to each producer’s operations, Harrison said, no matter how large or small. 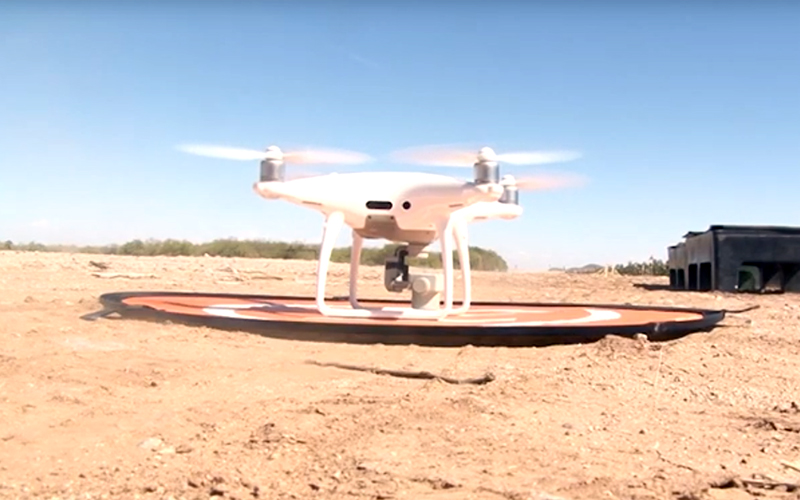 “If you have half an acre or 5,000 acres, we have a way to look at funding availabilities for you and put everybody on the same playing field,” he said.

The federal financial support is key. The costs of installing new irrigation systems can’t be borne by farmers alone, Cabot said. Agricultural producers are running a business, and they do not want to spend tens of thousands of dollars to make a change unless there is a clear incentive.

“If we as a society value food production as part of our economic infrastructure, it’s unrealistic to expect them to just bear the burden without societal help,” Cabot said.

Back at Deer Tree Farm, Carillo said his operation will have a new irrigation system by fall 2021, thanks largely to NRCS funding and support. The change to microsprinklers will give him greater precision and control in water use.

“You are sprinkling across the landscape evenly and waiting for that water to get into the tree’s root zones,” he said. “And before it gets into that salty subsoil, then you stop and you change your set.”

Even though Carrillo’s farm is small, the switch makes a big difference for the success of his operation.

“That irrigation system will effectively double our water supply here on this farm,” he said. “A total game changer in my opinion.”

The change also means less salt and selenium ending up in the Colorado River. And if enough of his neighbors make the same change, it could mean fewer problems for the 40 million people downstream who depend on it.

This story is part of a project covering water in the western U.S. and the Colorado River basin, produced by KVNF in partnership with KUNC, and supported through a Walton Family Foundation grant. KUNC is solely responsible for its editorial content.