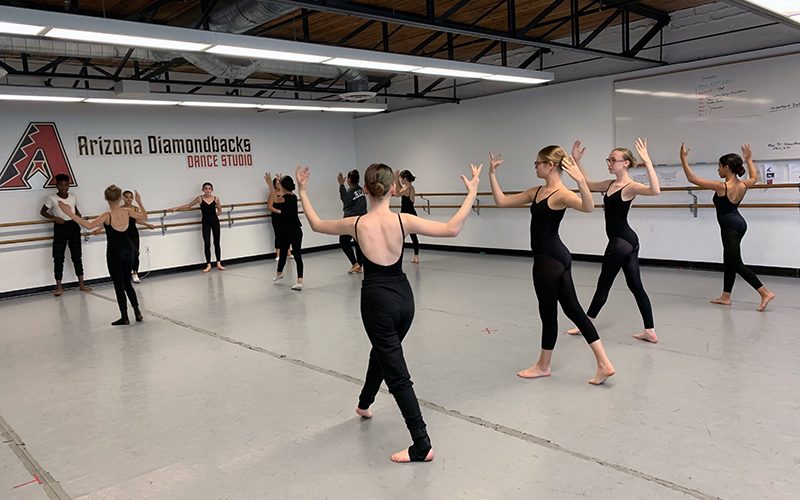 Dance students practice at the Arizona School for the Arts, a public charter school near downtown Phoenix. (Photo by Rio Paynter/Cronkite News) 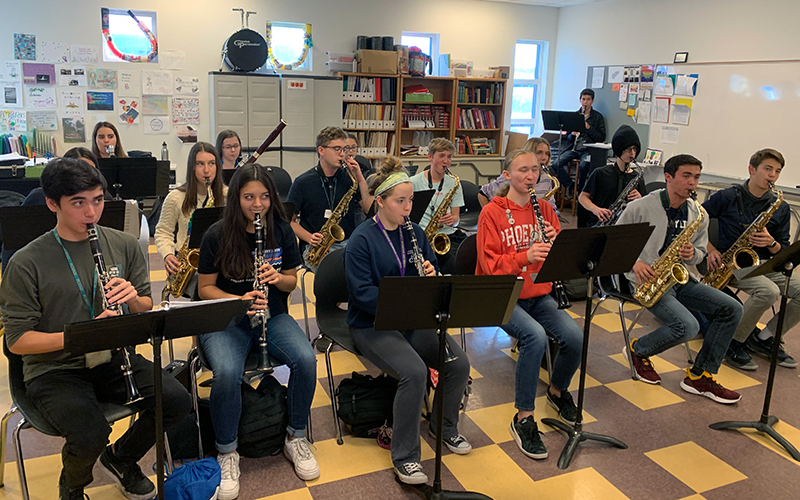 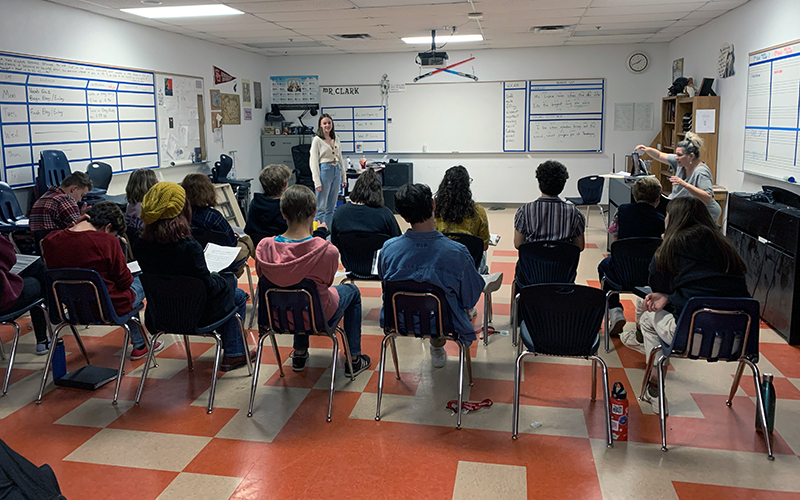 Theater students at Arizona School for the Arts listen to a fellow student’s audition for an upcoming show. (Photo by Rio Paynter/Cronkite News)

PHOENIX – Arizona high school graduates who prove they have mastered the arts now can get special recognition on their diplomas.

Gov. Doug Ducey last spring signed Senate Bill 1111, creating the State Seal of Arts Proficiency, to honor the importance of arts in molding well-rounded citizens. The Arizona Department of Education will award to qualified high school graduates beginning next May.

To qualify, the education department requires graduates to complete the requirements of a “proficiency pathway,” which it describes as a “rigorous, standards-based and high-quality arts education course of study.”

Recipients must maintain a GPA of 3.0 or better in all qualifying arts courses – dance, music, theatre, visual arts or media arts – or in career and technical education courses, which involve 21st century application of the arts. That includes animation, digital communication, digital photography, fashion and interior design, film and TV production, and music and audio production.

Recipients also must complete 80 hours of extracurricular activities in their chosen art track and complete a capstone project allowing the student to showcase the entirety of their arts knowledge and how those skills will translate to real world skills.

The seal will be designed by Arizona students in grades 9-12, with the winning design announced by the Arizona Commission on the Arts in March – Youth Arts Month.

“Arts education in general is extremely powerful,” said Dustin Loehr, director of arts education at the Department of Education. “It really contributes meaningfully to well-rounded education and teaching to the whole child.”

Loehr worked with stakeholders across the state to help turn their ideas into the seal.

Districts across the state will have the option to opt in or out of the program.

Arizona School for the Arts north of downtown Phoenix is opting in. Fifth through twelfth grade students at ASA spend the final two hours each school day studying and practicing their chosen art.

“I study theater and I really want to pursue acting in a college and a career,” said Noah Simmons, a sophomore. “And to have this seal shows that I have worked many years and I have dedicated my life to theater.”

Ninth-grader Nora Muma hopes to earn the seal even though she won’t pursue arts education after high school.

“I want to be a doctor,” she said. “But I do think that the arts show a level of dedication.”

Elena Gandy believes the arts seal will “show colleges that I can go above and beyond and I don’t just stay in the mediocre.”

Sophomore Imogen Dietz wishes to make herself a better person by earning the seal.

“I put those hours in to kind of make myself a better person and kind of improve on skills that not only relate to the arts but to academics too,” she said. 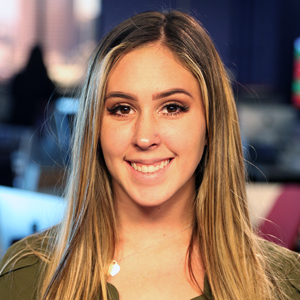