Wednesday’s vote to impeach President Donald Trump has become fodder for state and national political parties that are targeting House members, including three in Arizona, over their votes. (Photo by Kara Harris/Cronkite News)

WASHINGTON – The House vote to impeach President Donald Trump was just minutes old when the emails started flying – impeachment supporters had aligned themselves with “socialist Democrats,” while Trump supporters had “spinelessly” caved to the president.

The emails, from the national political parties, were directed at the three House incumbents from Arizona whose seats are likely to be targeted next year, Democratic Reps. Ann Kirkpatrick and Tom O’Halleran and Republican David Schweikert.

They were not alone. Vulnerable incumbents from Texas to New Jersey and beyond were targets of similar emails Wednesday night from the National Republican Congressional Committee and the Democratic Congressional Campaign Committee.

Political experts said they were not surprised to see the parties trying to leverage the impeachment vote heading in to an election year. The House votes approving the first and second articles of impeachment were almost completely partisan.

“The party committees on either side are constantly in attack mode against incumbents from the other party that they see as vulnerable,” said Kyle Kondik, managing editor of Sabato’s Crystal Ball, a publication of the University of Virginia’s Center for Politics.

The Arizona lawmakers, for their part, brushed off the attacks.

O’Halleran, a Sedona Democrat, said in a statement that he is in Washington to “care about what Arizonans think” and not to worry about the thoughts of Washington political committees.

He was responding to NRCC spokeswoman Torunn Sinclair, who said O’Halleran’s “vote to impeach President Trump destroys any chance he has for re-election and shows Arizona voters he’s exactly like the rest of the socialist Democrats.” An identical statement targeted Kirkpatrick, with only the name and pronouns changed.

“I stand by my vote,” Kirkpatrick, a Tucson Democrat, said in a statement Thursday. “I listened to southern Arizonans and made an educated and fact-based decision to support both articles of impeachment.”

Schweikert, a Fountain Hills Republican, took heat from the other side – for his vote in the other direction. 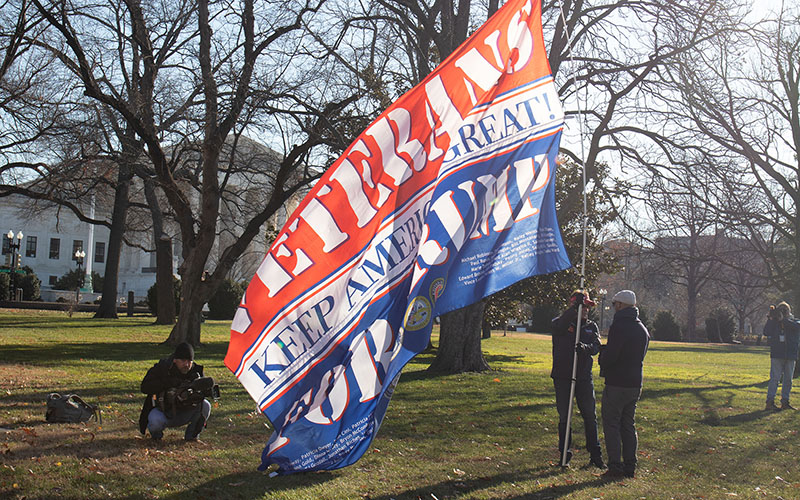 “Congressman Schweikert has ignored overwhelming evidence that President Trump abused the power of his office and undermined the rule of law,” said a statement from Brooke Goren of the DCCC. “That not only recklessly endangers our democracy, it shows Congressman Schweikert will spinelessly cave to President Trump regardless of the issue, not serve as the independent voice Arizonans deserve.”

The three lawmakers were targeted for a reason – of the nine House members from Arizona, those three represent districts that are considered vulnerable in 2020.

While they were not surprised by the attacks, political experts wondered how effective they will be in the long run, with an election still almost a year away.

“What’s fascinating about it is while each party is engaged in trench warfare on the politics of impeachment it remains highly uncertain, which side will gain the advantage,” said Arizona political analyst Jason Rose.

He said that while impeachment is the headline of the moment, it may not be in November.

“Is the economy going to trump personality?” Rose asked of the attempt to capitalize on the impeachment vote. He sees it as an attempt to attract independent voters in districts that are relatively close in terms of Democratic and Republican voter registration.

“Both parties are gambling with it but that’s the strategy behind it,” Rose said.

Ryan Matsumoto, a contributing analyst for Inside Elections, noted that Election Day 2020 is still a long way off.

“A lot of this is going to be … a few months in the review mirror,” Matsumoto said. “There’s going to be a lot of other political issues coming up.”