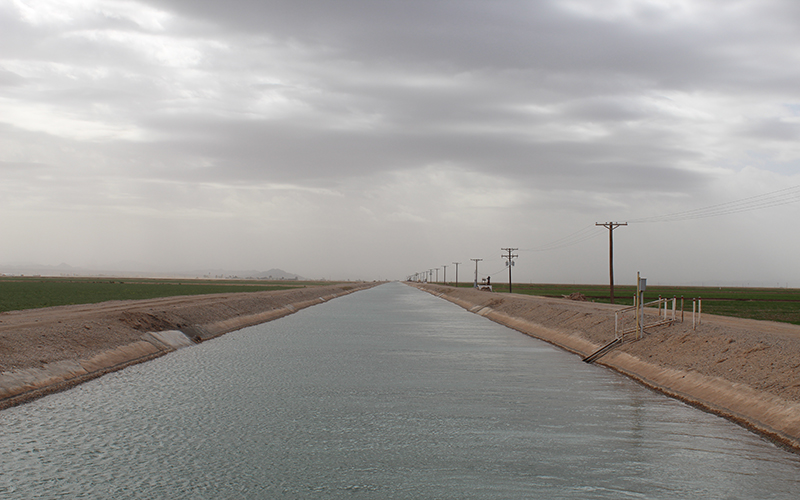 Operation of the Colorado River’s second largest reservoir, Lake Powell in southern Utah and northern Arizona, will be a major piece of negotiations on the river’s operating guidelines, which are set to start next December. (Photo by Luke Runyon/KUNC)

LAS VEGAS – With short-term drought plans finished, water managers from across the Southwest recently gathered in Las Vegas to figure out what’s next.

In a room the size of an airplane hangar, U.S. Bureau of Reclamation Commissioner Brenda Burman gave participants a congratulatory pat on the back for the recent completion of drought contingency plans, which had dominated discussion at these meetings for five years.

“To all of you in this room, to those of you in the negotiating parties, for those of you who covered for them at home while they had disappeared for months on end, to negotiate, to work, to analyze,” Burman said. “Well done, everyone.”

Her comments were in stark contrast to her 2018 address to the association, where Burman laid out alarming statistics. The river’s two biggest reservoirs – Lakes Mead and Powell – were at their combined lowest point ever. Hot and dry weather was breaking records in the 246,000 square-mile basin, and without a plan to cut back on water deliveries earlier, a shortage declaration for the river’s Lower Basin states of Arizona, California and Nevada loomed large.

At last year’s meeting, Burman’s message was dire. She urged the river’s users to complete their contingency plans or face the federal government’s regulatory hammer.

The state plans were approved this spring and the overall plan was signed by President Donald Trump in April, but Burman acknowledged it’s not a final solution. 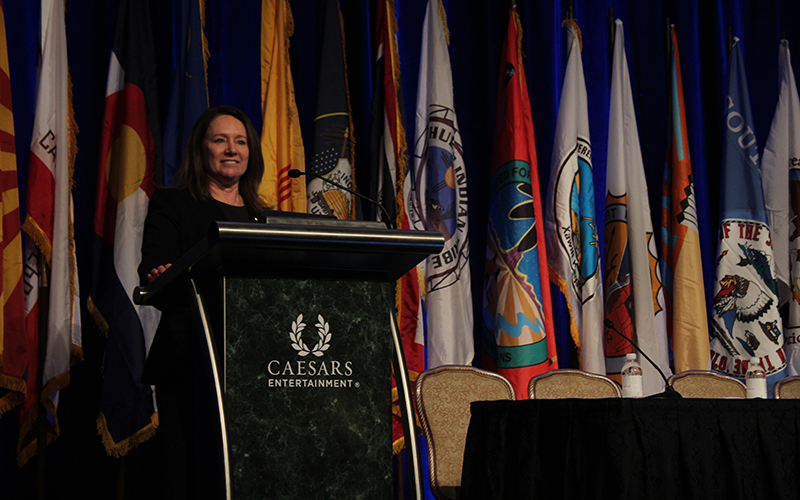 U.S. Bureau of Reclamation Commissioner Brenda Burman congratulated members of the Colorado River Water Users Association for their drought contingency plans during its conference in Las Vegas, but she warned there is more hard work ahead. (Luke Runyon/KUNC)

“I recognize that the hard work of implementation has begun,” she said.

That hard work includes the plan’s first true test. Lake Mead, the river’s largest reservoir just outside Vegas, remains less than half full. Because of that, the drought contingency plan requires users in Arizona, Nevada and Mexico take less water from it in 2020. However, all three states already are conserving above and beyond the required cutback.

It’s a different story in the river’s headwaters, where no restrictions were placed on users to take less from the Colorado River and its tributaries. Water managers in the Upper Basin states – Colorado, Utah, Wyoming and New Mexico – chose to focus on coordinating reservoir operations and continuing to invest in weather modification.

Those states also began taking a look at a controversial program that attempts to curb water use in the midst of a crisis. Becky Mitchell, director of the Colorado Water Conservation Board, the state’s top water agency, said completion of the drought plan kicked off a statewide campaign to study the concept of “demand management” and gather feedback.

“That is the beginning. That is not the end,” Mitchell said of the drought contingency plan. “And so that’s the process that we’re in right now, is looking at what’s best for the state of Colorado.”

In theory, a demand management program would pay users to conserve in the midst of a crisis to support the river’s big reservoirs. How it would work, who would participate and how it would be funded are unanswered questions. Another concern is how to make the program equitable so it doesn’t burden one user over another.

“So not just on municipal and industrial, not just on agriculture, the environment shouldn’t be harmed in the process,” Mitchell said.

But for all the hand-wringing, the drought contingency is a temporary fix for the challenges faced by the 40 million people who depend on the Colorado. As one water manager put it during the Vegas conference, “it simply prevents a catastrophe.”

The drought plan, which expires in six years, essentially gives water managers some disaster insurance while they’re hammering out details of an even tougher deal, set to take effect in 2026. They’re known as the river’s operating guidelines, and they were last modified in 2007.

The renegotiation of the guidelines is set to start by the end of 2020. There’s little agreement about whether the new guidelines should be a big, broad response to the realities of climate change or a more conservative, incremental step toward someday solving the river’s long-term imbalances.

“There are some much larger challenges that we need to face,” said Jennifer Pitt, the National Audubon Society’s Colorado River program director. “We don’t know what the weather will be like in the next couple of decades, but we do know that the warming trend is going to dry the basin out.”

The negotiation over the 2007 guidelines left out key players, including Native American tribes and environmental groups, Pitt said. Heading into a new round of talks, she said it’s in the basin’s best interest to have different perspectives at the table.

More voices at the table doesn’t mean the long list of thorny issues needing to be figured out grows any smaller.

A long-standing dispute over who’s responsible in delivering Mexico’s allocation of the river’s water remains unresolved. Chatter about a possible water use cap for the Upper Basin states continues to grow louder. And Upper Basin states want to see the risks of climate change more evenly spread across the basin. 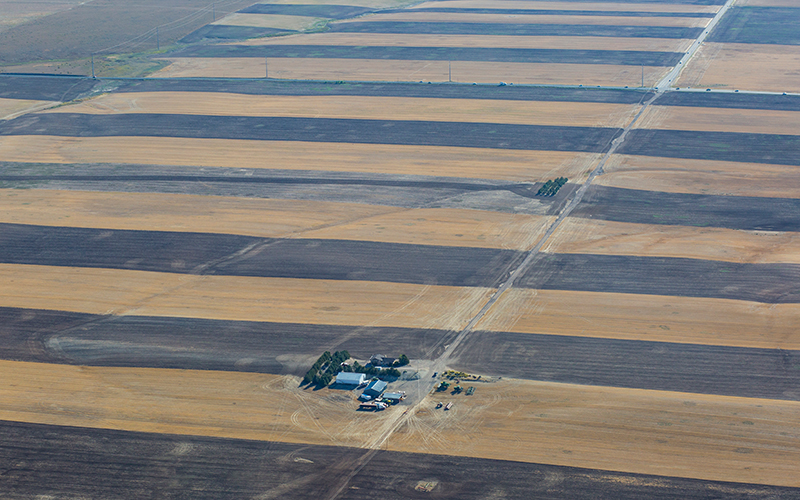 The creation of a demand management program in Colorado has put some farmers on edge, wary of outside interests wanting access to their water supplies. (Nick Cote for KUNC/LightHawk)

In California, the state with the largest entitlement to Colorado River water, a major sticking point over the last two decades has been the future of the Salton Sea, a huge inland lake that’s shrinking, causing health problems for people and wildlife alike.

“You know what? Sometimes you got to throw a little rock or two to get people’s attention,” said Tina Shields, water manager for the Imperial Irrigation District – the sprawling expanse of vegetable and hay fields in Southern California and the single largest user of Colorado River water. The district became the lone holdout to the DPC.

Before district officials sign onto any future deal, Shields said, they want a long-term solution for the ecological disaster playing out in their backyard.

“Moving forward, let’s address the Salton Sea up front, and not make the promises where ‘We’ll get to it, we’ll get to it’ and then we never actually get to it,” she said.

As the district’s farmers grow more efficiently and use less water, the Salton Sea, which acts a farmland drainage basin, shrinks, exposing toxic sediments and killing birds and fish. The Imperial Irrigation District has a well-earned reputation for throwing its weight around on Colorado River issues and seems prepared to do so during renegotiating the river’s operating guidelines.

The Las Vegas meeting was also buzzing with grand ideas on how best to fix the Colorado River’s long-standing imbalance – where more water exists on paper then in the river itself. To those champing at the bit to get started on new agreements, Reclamation Commissioner Burman hit the pause button.

“The simple answer is no,” Burman said. “It’s not yet time to take on that task.”

Instead, the federal government will study how the 2007 guidelines have worked, and use those findings to set the table for the next round of talks, starting in December 2020.