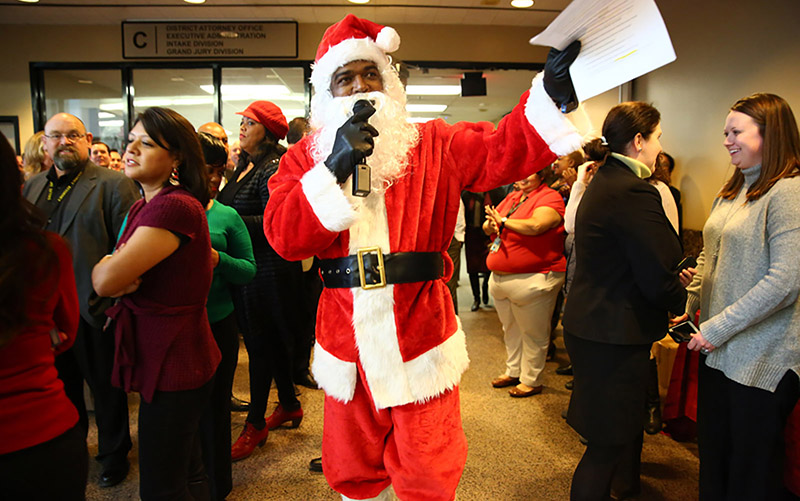 Office holiday parties are on the rise this year, according to a national survey, but they may be tamer than in years past because of concerns of unrestrained worker behavior. (Photo by Tracy Nanthavongsa, Dallas County District Attorney’s Office/Creative Commons)

WASHINGTON – Winter is coming – and so are the holiday parties.

That apparently holds true nationwide, with almost 76% of U.S. companies planning to hold a holiday party this year, according to a survey by Challenger, Gray & Christmas Inc. The business and outplacing firm said that is the highest level it has seen in its annual survey since 2016, when 80% of companies held holiday events.

“We’ve seen parties come back over the last 10 years,” said Andrew Challenger, the company’s vice president, during a phone call. “But there’s been a scale-back after the Great Recession.”

The firm’s survey called the 1980s and ’90s the heyday of holiday parties. But Challenger said companies cut back on “extra extravagance” after the recession hit in 2008, while recent years have seen a dip in office parties as a result of the #MeToo movement.

“There was this general realization that holiday parties were an area where it wasn’t safe, or inappropriate behavior was happening in the first year or two of the MeToo movement,” Challenger said.

He added that some companies the firm interviewed said they cut back on holiday parties or canceled them altogether in light of those concerns.

This year’s survey of 250 human resources officials nationwide was done in November. It found that more than half of the planned parties would be serving alcohol, using a catering or party planning service, and inviting family members and friends of employees.

In the survey, some employers said they had discussed “inappropriate celebrating” either before a holiday party or during the year, with about 27% taking precautions to make sure everyone is “mindful” of their behavior.

Merle Joy Turchik, owner of Turchik Law Firm in Tucson, said she has not seen employers or companies canceling holiday or work-related parties, but said there are tips for combating sexual harassment during such events. One is having supervisory staff look out for people who seem uncomfortable so they can step in to help if needed.

“Holiday parties aren’t necessarily different from any other function during the year,” she said. “But when alcohol is involved, it may be a concern” for uninhibited behavior that may cross the line, she added.

Turchik said employers should limit alcohol intake at these events, as well as plan a set party end time, both of which could reduce the chances – and the potential liability – of an employee who may “drive home in an impaired state” and get into an accident.

Turchik has another suggestion: “Serve more food than alcohol.”

Challenger agreed there are commonsense steps that can help. 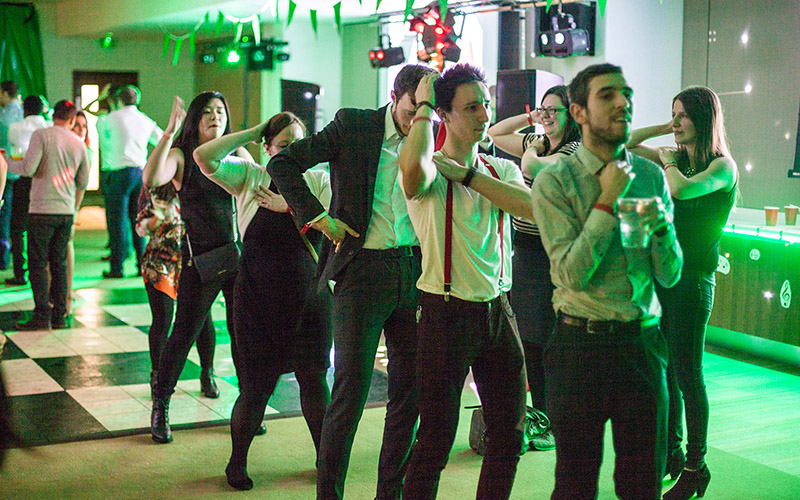 “If you are serving alcohol, we recommend hiring a professional bartender instead of having a table in the break room,” he said. That way, the bartender can cut someone off and prevent partygoers from over-indulging.

Instead of a holiday party, however, more than half of employees surveyed by Reward Gateway said they would prefer to skip the celebration and get bonuses instead, preferably throughout the year. The global employee engagement company said it surveyed 1,400 employees and employers in the U.S., the United Kingdom and Australia in November.

Their responses might make sense – the Reward Gateway survey found that 65% of human resources managers reported increased financial and everyday stress levels among employees during the holiday season.

But Challenger, Gray & Christmas said fewer companies are giving holiday bonuses or gifts to employees than in recent years. Of those that do offer bonuses, around 75% said the amount would be the same as last year.

Challenger called the size and number of holiday bonuses “surprising, considering the 3.6% unemployment rate,” which he said could indicate that employers are worried about the future of the labor market.

“They don’t know if 2020 will be a good year,” he said. His company’s survey found that 39% of businesses said the economy has improved since last year, while nearly 25% said it was worse and business confidence fell by almost 10% since last year.

But Conner, who’s been in the party planning business for 10 years, said the economy is “the best it’s ever been.”

“The reason why this is the best December ever is because corporate finally has money to spend again on their employees,” Conner said.

He added that costs for an office party depend on the company and venue, but typically, companies are spending $20 to $30 per employee. If the party’s held at a different venue, expenses go up – four-hour events with around 1,500 employees can cost up to $60,000. But Conner thinks it’s worth it.

“Corporate can now show employees their appreciation – and also drink and party,” he said.