The Sun Devils are leading the effort to making triathlon a NCAA sanctioned sport.(Photo by Brady Klain/Cronkite News)

ASU has won the event in all four years of the program’s existence under coach Cliff English, and this year’s title capped a season that included first-place finishes in all three regional qualifiers that the Sun Devils entered, including two in which they swept the three individual podium spots.

The Sun Devils claimed the individual gold and silver medals at the nationals with Audrey Ernst finishing second to Roy over the 750-meter swim, 20-kilometer bike and 5-kilometer run course.

But ASU has an even bigger goal in mind. The Sun Devils are leading the effort to make triathlon a sanctioned NCAA championship sport.

“We really feel being one of the larger schools, it’s sort of our duty, our responsibility, to help promote the sport,” English said.

Varsity triathlon is classified as an emerging sport for women by the NCAA Committee on Women’s Athletics, which means the NCAA recognizes the sport as a way to provide more athletic opportunities to female athletes and to help the sport achieve NCAA championship sport status.

However, 40 Division I or Division II schools must have varsity programs for the NCAA to recognize a team or individual sport as a sanctioned NCAA Championship sport. There are currently 34 programs, according to USA Triathlon, the governing body of the sport.

In 2015, the USA Triathlon Foundation awarded Arizona State and seven other schools with the inaugural Women’s Triathlon Emerging Sport Grant. It put ASU, along with USAT, at the forefront of the effort to establish triathlon as a permanent NCAA sport.

The Sun Devils have been busy trying to build the sport, while also dominating it, ever since.

“That’s been anything from going to conferences to (make presentations), to getting on the phone with the school,” English said. “We’ve actually had school’s come and visit us for half a day, showing them how we have everything set up, showing them the facilities.”

Tim Yount, USA Triathlon’s chief sport development officer, said there are 34 programs in the fold and he is recruiting athletes to participate in the sport while trying to convince more schools to add the triathlon.

“We’re reaching out to athletes, triathletes, single-sport athletes – swim, bike, run – and other sports to say ‘Hey, have you thought about maybe (competing in college in) a sport that has not been around that long at the collegiate level?'” Yount said.

Holding combines is one tactic USA Triathlon is using to promote the sport and identify potential triathletes. The combines give new institutions a chance to see what the sport is all about while helping existing programs identify athletes who might want to attend their school.

“What we’re doing is creating combines where you’re tested in a 1,600-meter run, 100-meter swim,” Yount said. “They are in locations that are near where we have institutions so that those institutions don’t have to go that far to find talent.”

Triathletes bring more to the table than athletic ability. Yount said potential academic success is a big selling point for schools considering the sport. He said college triathletes have an average grade point average of 3.5.

“Not only is their GPA really high, but many of them choose STEM (science, technology, engineering and math) fields. They’re not just there to show up for class,” said ASU assistant coach Nicole Welling. “They’re really involved in whatever it is that they’re doing like lots of them get internships over the summer. You’re not just adding student-athletes, you’re adding leaders and role models, and these young ladies are the whole package.”

ASU has been the host school for the USA Triathlon Collegiate National Championship the last three years at Tempe Town Lake, which is one of the country’s premier triathlon venues because it provides a flat, fast course with a lot of spectator access. Hosting the event benefits ASU’s program and the sport by exposing it to people who may not be familiar with triathlon.

“Having national championships here in Tempe is really helpful because people can actually come out and watch it, and so it’s a lot easier to get our community engaged,” Welling said. “That helps raise awareness because we’re so centrally located and it’s a really public area. So people kind of see what’s going on and they’re like ‘Oh, wow! I didn’t know triathlon was NCAA.'”

Yount said that once there are 36 to 37 schools with varsity triathlon, the process toward NCAA championship status will move even faster. USA Triathlon officials hope to get to 40 schools by next year, which will start the next stage.

According to Yount, that includes the NCAA taking over management and control of the national championship and establishing official NCAA rules and standards for the sport.

“Once we make that mark it just validates everything,” English said. “You know, we’re here. We’ve arrived. We’re on the path. So, it’s really exciting.” 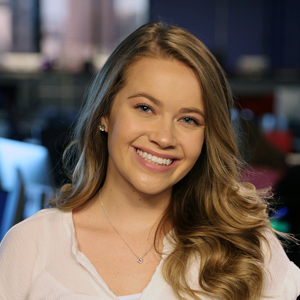