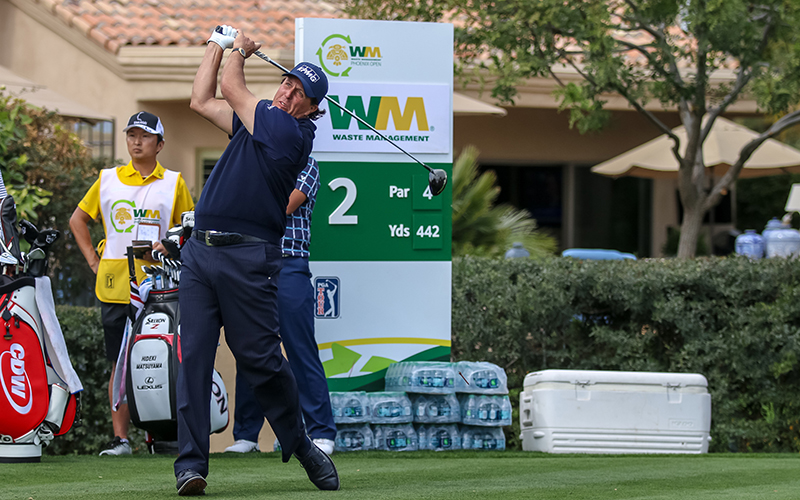 Phil Mickelson, a fan favorite who first competed in the tournament in 1989 as an Arizona State student, has won three Phoenix Open titles and is the tournament’s all-time leading money winner. (Photo by John Mendoza/Cronkite News)

PHOENIX – The news that Phil Mickelson will skip the Waste Management Phoenix Open in 2020 shook the Arizona golf world Monday, but tournament officials remain optimistic fans will still arrive in droves for the golf spectacle at TPC Scottsdale.

Mickelson, a fan favorite who first competed in the tournament in 1989 as an Arizona State student, has won three Phoenix Open titles and is the tournament’s all-time leading money winner.

His decision to play the Saudi International tournament in Saudi Arabia instead of returning to the PGA Tour event in the Valley surprised many local fans who regard the former Scottsdale resident as a hometown hero and the unofficial face of the tournament.

Longtime Arizona golf writer John Davis, who has been covering Mickelson since his playing days on ASU’s golf team, said Mickelson helped create the tournament’s unique atmosphere and played an outsized role in making the Phoenix Open the unique event it has become.

“The 16th hole is one of the most famous golf holes in the world, and it’s referred to as ‘the hole that Phil built,'” Davis said. “He was the guy who started coming out here with ASU students and fans supporting him. Crowds started to gather there and it just kind of exploded at that point.”

Despite Mickelson’s influence in shaping the culture of the tournament, the Phoenix Open is bigger than any individual golfer who competes in it, according to Tim Woods, chairman of the 2020 tournament.

“I’d be lying if I told you I didn’t want him in our tournament,” Woods said. “But when he doesn’t come, what happens? People show up and they show up in masses and we (still) break attendance records.” 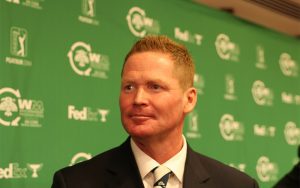 In a tweet he composed on Monday, Mickelson intimated that he might not compete in the Phoenix Open again. That said, some people who are affiliated with the tournament aren’t reading too much into Mickelson’s statement on social media.

“He is such a fan favorite. He’s an ASU guy and the Valley comes out here and supports him, so it’s going to be strange without him,” said Arizona Diamondbacks President and CEO Derrick Hall, who is a member of the Thunderbirds, the group that sponsors the event. “We’ll get him back here. We know he’ll be back here again very soon.”

While some speculate that money was the motivating factor in Mickelson’s decision to enter the Saudi International (the PGA Tour does not allow players to receive appearance fees from its events), Mickelson said his decision was based on his desire to grow the sport.

Considering that Saudi Arabia has made it a priority to host more Western sporting events, others wonder if Mickelson’s decision signals the start of a trend of American golfers competing abroad.

According to the New York Times, Saudi Arabia began making sports a priority in 2016 as part of its economic development plan. Saudi officials hired a lobbying firm to set up meetings with the NBA MLS, the World Surf League and Formula One auto-racing officials, according to The Times.

The European Tour last year came under heavy criticism for adding the Saudi International to its schedule and going forward with the event, despite the murder of journalist Jamal Khashoggi in September 2018. The event was considered controversial even before the slaying because of Saudi Arabia’s reported human rights abuses.

Meanwhile, the Phoenix Open will have to find a new face for 2020. They might find one in another ASU product.

“Now that Jon Rahm, who also played at Arizona State, is up to the No. 3 ranking in the world, it wouldn’t surprise me if he moves to number one within the next year,” Davis said. “He’s that good. So now maybe the ASU fans have a new hero to cheer for.”