PHOENIX – A mild week can be expected across Arizona after a wet and wild holiday weekend. More rain is in the forecast for Wednesday as a weak storm moves into the Southwest. Temperatures will remain near normal, much warmer than last week.

High clouds will filter in Tuesday ahead of the next area of low pressure over the eastern Pacific Ocean. The fast-moving storm will carry moisture across the state, with rain chances for metro Phoenix increasing by Wednesday evening.

Rainfall totals will be light across the state, with only a tenth to a quarter of an inch in the Valley. Higher amounts are forecasted across the high country, but amounts should stay below an inch statewide. Snow is only expected for elevations above 6,500 feet, with 1 to 2 inches possible in Flagstaff and less than half an inch in Show Low.

Skies clear by Thursday, and high temperatures the rest of the week will top out in the 60s and 70s for metro Phoenix, Tucson and the Colorado River Valley. Overnight lows in metro Phoenix should stay in the 50s through the weekend.

Payson, Prescott and Sedona will start mornings off in the 30s and 40s and climb into the 50s and 60s by Thursday afternoon. Flagstaff, Grand Canyon Village and the Mogollon Rim will freeze overnight, in the 20s, before rebounding into the 40s in the afternoon.

Forecast models show another strong storm moving into the western U.S. by early next week. It is too early to determine the impacts Arizona will feel, but slight rain chances will remain in play for the latter half of the weekend. 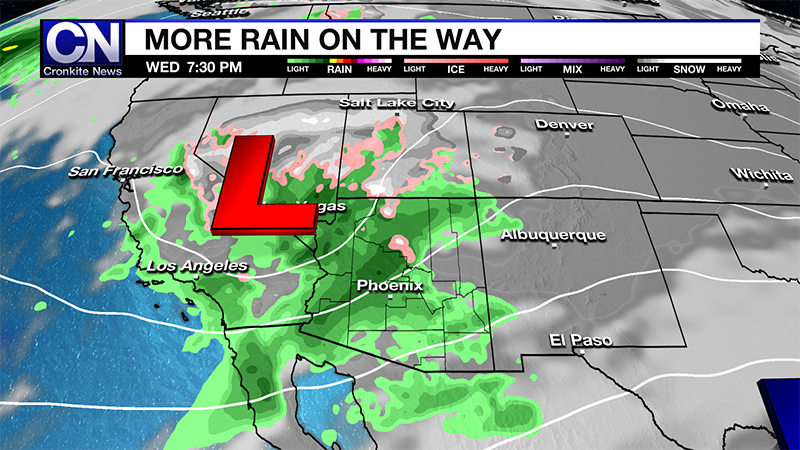 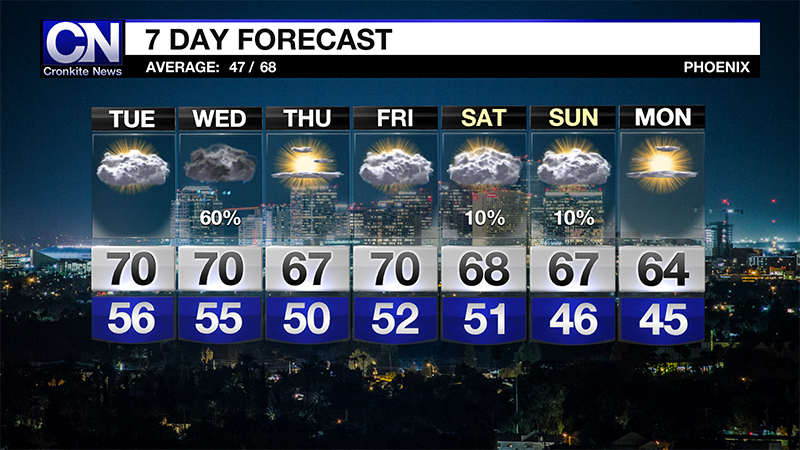