Despite competition from other shopping options, experts say as many as 115 million people are considering shopping this year on Black Friday, the day after Thanksgiving. (Photo by Laurie/Creative Commons) 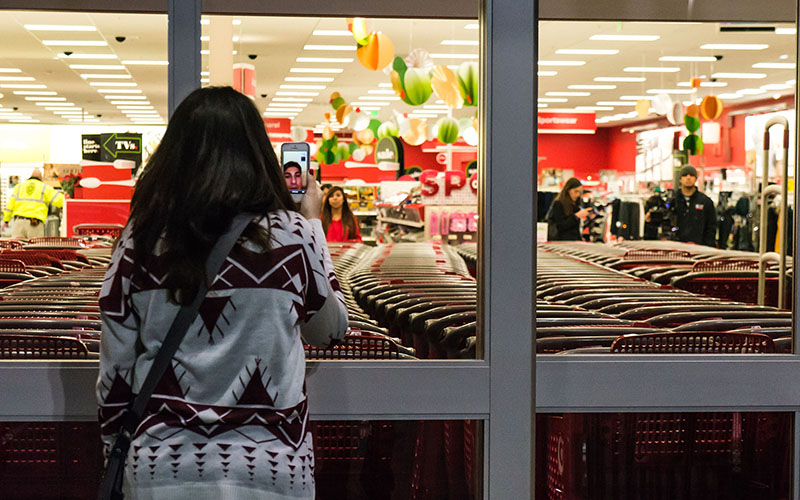 While more sales are expected on Super Saturday – the last Saturday before Christmas – analysts say they still expect more shoppers on Black Friday and any other day of the year. (Photo by Powhusku/Creative Commons)

WASHINGTON – Earlier sales and expanded online shopping options have cut into Black Friday’s appeal, but they have yet to knock it from its position as the elbow-throwing, hectic start of the holiday shopping season for many.

The National Retail Federation said there are still 115 million consumers who are considering shopping Friday, part of a five-day stretch in which 165 million are likely to shop.

“For some families, it is a tradition they will not pass up,” said Michelle Ahlmer, executive director of the Arizona Retailers Association.

“I still anticipate that it is going to be a big weekend and for some people it kind of emphasizes that it’s time to shop,” she said. “A lot of people have that weekend aside to take care of everything.”

Not all shoppers are waiting.

Michelle Skupin, senior director of marketing and communications at RetailMeNot, said that holiday sales are now beginning as early as the first week of November, as retailers try to meet consumer demands and stand out from the competition in stores and online.

The coupon-collecting company said it has seen more retailers release deals earlier in 2019 than ever before, with top retailers rolling out specials almost a week earlier than previous years.

“It’s a spreading out of what used to be many years ago at this point, a concentrated discount holiday of Black Friday and Cyber Monday,” Skupin said. “Consumers drove some of those demands. They started shopping and looking around earlier.”

Analytics company RetailNext predicts that even though Black Friday will have the highest one-day number of shoppers in the year, it will not generate the most sales. Black Friday was overtaken last year by Super Saturday – the last Saturday before Christmas – and it is expected to repeat this year. 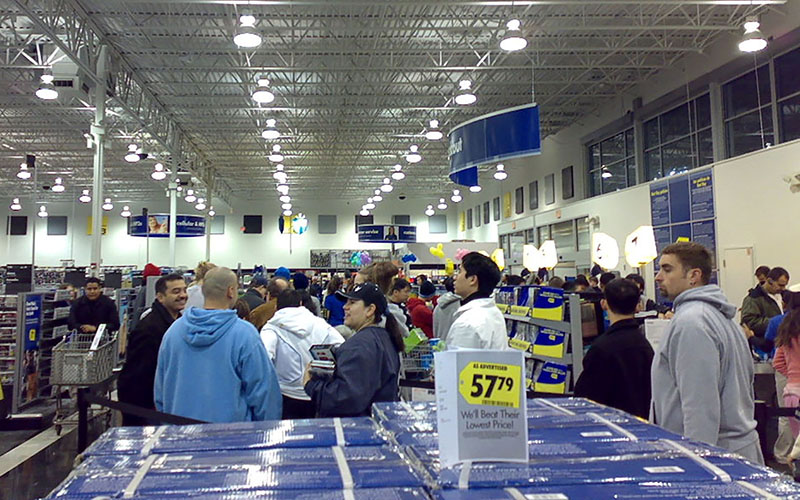 For many, Black Friday remains both a kickoff to the holiday shopping season and an annual family tradition rolled into one. (Photo by tshein/Creative Commons)

“As Black Friday deals start earlier and earlier, especially this year, instead of starting later, you’re going to expect that all of the sales to erode the spike of that day,” said Lauren Bitar, the head of retail consulting at RetailNext.

While some stores are kicking off holiday sales earlier than usual, others are opting out of the Black Friday frenzy entirely.

REI will close its stores for the fifth consecutive year as part of its Opt Outside movement to encourage its employees and consumers to spend their Black Fridays outdoors.

This year, the outdoor-gear company is organizing cleanup efforts across the nation on Black Friday, including one in Phoenix where REI workers will join other local groups picking up trash along the lower Salt River.

Jay Parks, an REI local experiences market manager in Arizona, said in an email that the state park system had been a “solid Opt Outside” partner since the program began.

“They provide park entry passes to our local REI store locations and have helped us spreading the word by promoting the day,” he said.

But for others, Black Friday shopping remains a part of the holiday season that is as integral for families as gathering around the Thanksgiving table or settling in for holiday movie marathons.

Katherine Cullen, senior director for industry and consumer insights for NRF, said that sentimental attachment to the dedicated day of shopping plays into the day’s staying power.

“It’s a time not only to kind of focus on gift shopping and finding great deals, but also to spend time with your family, whether it is browsing items online from the comfort of your couch on Thanksgiving Day and spending time with your family or heading to the store together,” Cullen said.