PHOENIX – Another cold and wet week is setting up across Arizona, which, unfortunately, will affect the Thanksgiving holiday. The approaching storm looks to be the biggest to take aim at the state so far this winter season, making for messy holiday travel.

Precipitation will begin Wednesday night, bringing up to 2 inches of rain to metro Phoenix and as much as 3 feet of snow to higher elevations. Temperatures will huddle below normal for the rest of the week, and by the weekend, Phoenix could experience its lowest temperatures since late February.

The first of three storms to impact Arizona brought a cold front early Tuesday morning, depressing temperatures across the state. Highs will top out roughly 10 degrees lower than Monday, with low 60s expected in Phoenix and Tucson, and mid-30s in Flagstaff.

On Wednesday, the weather pattern over the Southwest will be similar to what developed last week, when areas of low pressure merged over the Great Basin states. The first will arrive Wednesday night over New Mexico, providing ample moisture in southeastern Arizona. Rain totals of 1 to 2 inches are expected by the end of the day in Douglas, Willcox and Sierra Vista. 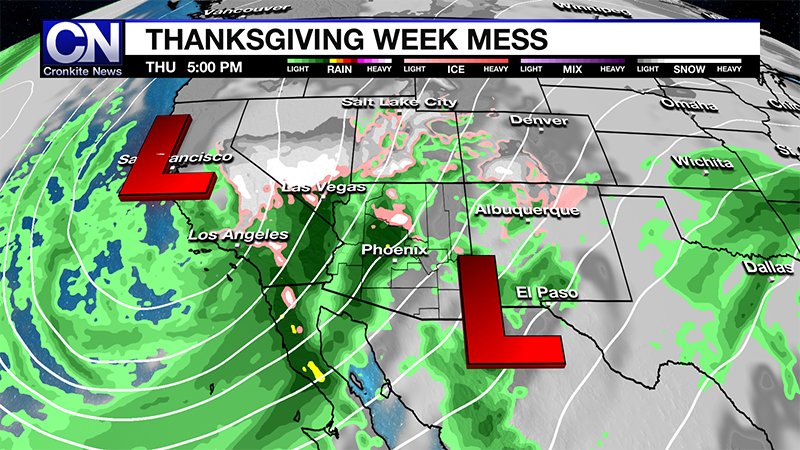 The third storm will begin to move in on Thanksgiving. A combination of remnant moisture over southeastern Arizona and off the Baja peninsula will prime the atmosphere for rain and snow showers across the state. Rain could begin east of the Valley and over Yuma on Wednesday evening, but Phoenix won’t see any until sunrise Thursday.

A complete washout of outdoor plans is likely on Thanksgiving, and possibly into Black Friday shopping as the northern Pacific low slowly moves east. A second cold front will move through on Friday, and precipitation will end Friday night. Expect weather delays in and out of Phoenix Sky Harbor International and Phoenix-Mesa Gateway.

Rain totals in metro Phoenix by Saturday will range from 1 to 2 inches, with higher amounts possible on higher terrain. Minor flooding of washes will be possible, but widespread flooding is not expected.

Last week’s rain brought the official year-to-date total for Phoenix to 4.52 inches, still 2.5 inches below normal. A daily rainfall record is possible Thursday; the highest total for Nov. 28 is 0.51 inches in 1967.

Many high country communities will experience their first significant snow of the season. Winter storm watches are in place for areas with elevation above 4,500 feet Thursday morning through Friday evening, which will be upgraded to winter storm warnings later this week. 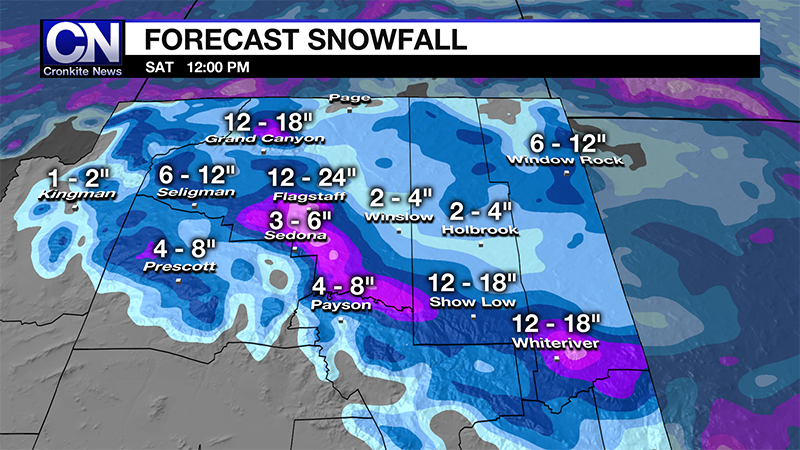 Precipitation will begin as rain for areas below 6,500 feet, before transitioning to snow Thursday night. The snow level could drop as low as 3,000 feet by Friday morning, but accumulations below 3,500 feet are unlikely. Snow accumulations will range from 1 to 2 feet above 6,000 feet, with isolated locations with 3 feet or more possible. From 3,500 to 6,000 feet, amounts will total 2 to 10 inches.

The best day to travel will be Wednesday, but conditions will quickly deteriorate across northern Arizona on Thanksgiving, prompting the National Weather Service to recommend against travel that day. If you must travel, have a winter weather kit available in your car, and alert others of your travel plans. For the latest road closures from the Arizona Department of Transportation, dial 511.

By Saturday, skies will clear as the storm continues east. Snow flurries will be possible in the morning, but the main effect will be extremely low temperatures. Flagstaff will wake up to single digits Saturday and Sunday. Payson, Prescott and Sedona will dip into the teens and 20s. Highs in Flagstaff will stay below freezing on Saturday.

In Tucson, temperatures will remain below the normal of 69 until Monday. Days will start out in the 30s and 40s before rebounding into the 50s and 60s. In metro Phoenix, the coldest morning this week will be Saturday, when temperatures may fall below 40 degrees. The last time the Valley saw temperatures below 40 degrees was Feb. 24.

Heading into next week, long-range forecast models suggest the pattern will remain wet, but warmer than this week, with temperatures back near normal. 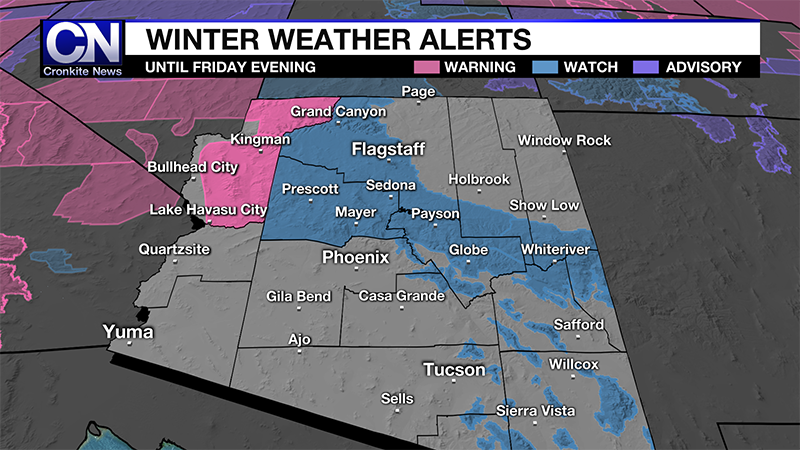 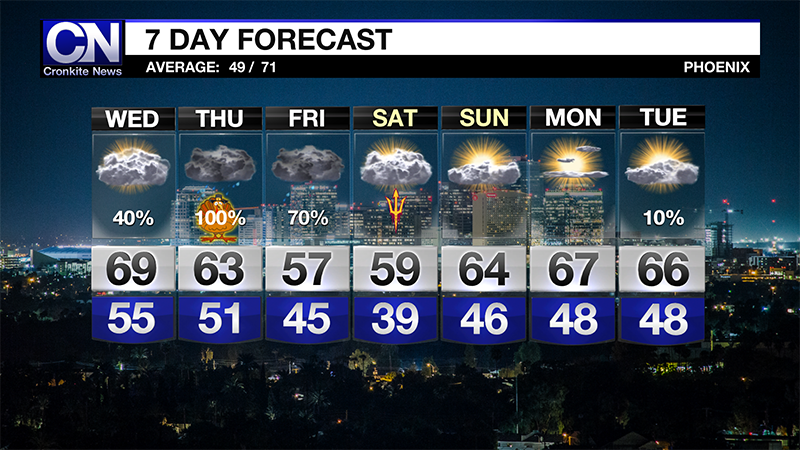