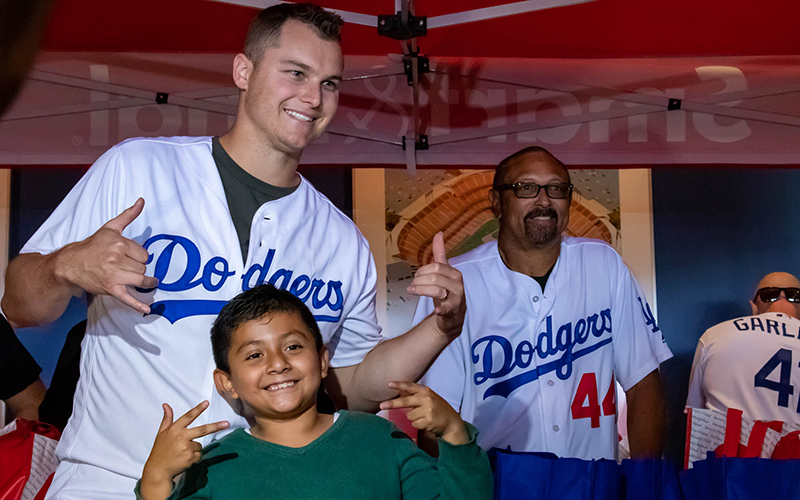 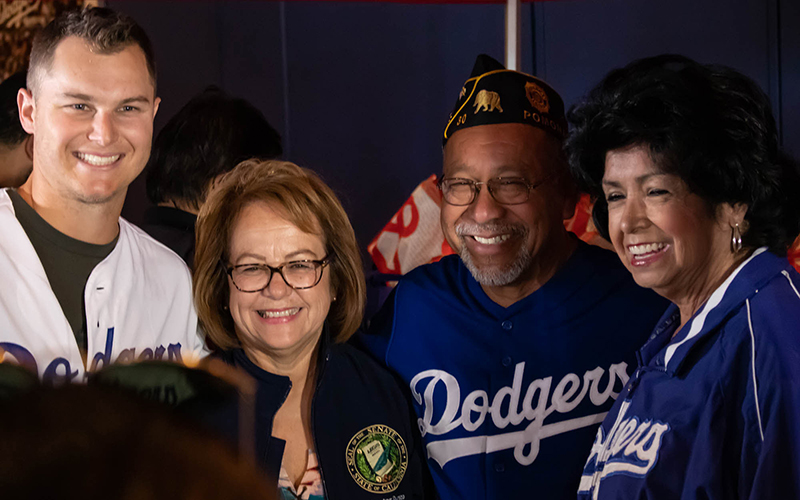 LOS ANGELES – Thursday wasn’t a typical offseason day for the Dodgers. The club spent the day distributing more than 1,000 turkeys and fixings to needy Angelenos, through their partnership with Smart & Final and the Los Angeles Dodgers Foundation. 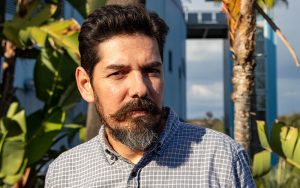 Francisco Valenzuela, 41, says he’s thankful for what the Dodgers are doing for the community. Valenzuela was one of the pre-selected Los Angeles families to receive turkey and fixings, Dodgers gear and complimentary Dodger Dogs. (Photo by Erica Morris/Cronkite News)

“This is amazing. This is awesome. I think it’s great for the community, great for the neighborhood,” said Francisco Valenzuela, 41, a fan who was in line to get food at the 15th annual Community Thanksgiving Turkey Giveaway at Dodger Stadium. “(And) for the families that are in the community, (for) them to see the Dodgers giving back – it’s great.”

Firefighters also assisted both Smart & Final and the Dodger players past and present who were there: Joc Pederson and Kyle Garlick from the current roster, and former Dodgers Kenny Landreaux and Dennis Powell.

Landreaux is from Compton. The outfielder played ball at Arizona State University, where he batted .406 with a 1.165 OPS in 1976; his second and final season there.

The former Sun Devil owns property in the Grand Canyon State but made sure he was at Dodger Stadium to take part in the giveaway. Giving back as a Dodger is something he’s always been about.

“The Dodgers have always been in the community. Even when I was a current player, they used to have us out in the community, doing humanitarian events like this,” Landreaux said. 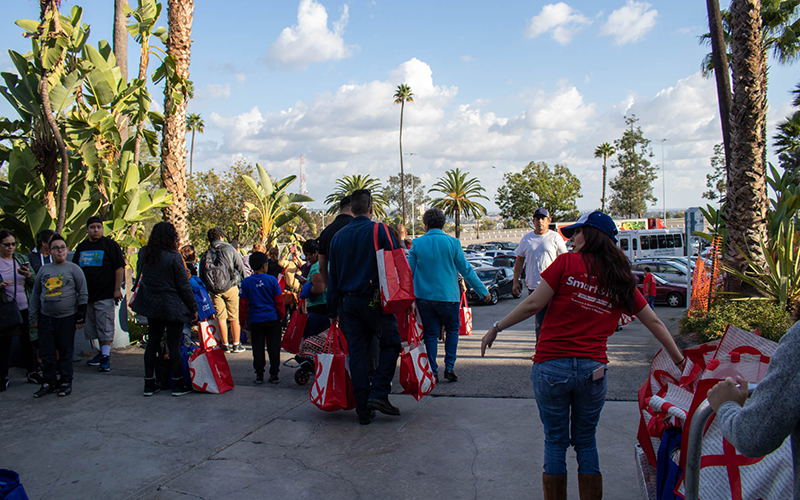 Pre-selected Los Angeles families wait in line to receive Dodgers goodies and bags of turkey and fixings, as volunteers continue to wheel out food to send to other families in need. (Photo by Erica Morris/Cronkite News)

This is nothing new for the club, which won the NL West title last season.

“Being that we’re former players, we have what we call an alumni league,” said Powell, who played the first two of his eight years in the big leagues with the Dodgers. “They call us legends, but it’s former players that go out in the community during the season and after the season.”

The last time Powell donned Dodger blue was in 1986, but he is still very much connected to the L.A. baseball community.

“With the current players, it’s hard for them to get out during the year,” he said. “So a lot of times, it’s myself and about 14 or 15 of the former players. And we go out and do the LA Reads, we do hospital visits, school visits. We do camps and stuff like that. So we do it throughout the year, and it makes us relevant. I mean I really enjoy it because it makes me relevant even though I played in the ’80s.”

Garlick, an outfielder for the Dodgers and Southern California native, appreciates the opportunity to participate in an event like this. 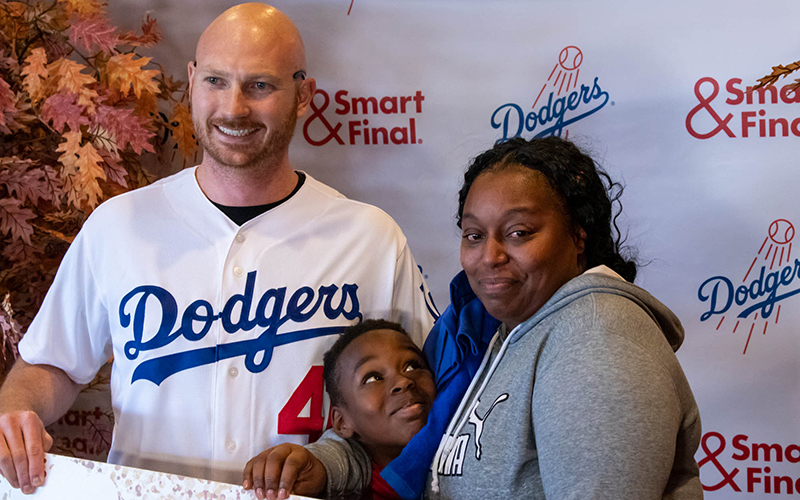 Dodgers outfielder Kyle Garlick hands a mother and her son a $500 check from Smart & Final, which cosponsored the Thanksgiving giveaway. (Photo by Erica Morris/Cronkite News)

“Any time you can give back,” he said, “you have to take full advantage of it. Because we’re so busy during the season, it’s kind of harder to give back during that time. So it’s nice to be able to do an event like this.”

The MLB has been investigating the Houston Astros for serious allegations regarding stealing signs in 2017. This hits home to Dodger fans, as the Astros were the team that beat them in the World Series that year.

Regardless, Pederson noted, Thursday was about something greater.

“There’s a lot that came out, and I guess it’s unfortunate. Brings back a bad feeling in your stomach from when we lost,” the star outfielder said.

“But today is not about the Houston Astros. It’s about giving back to these kids.”