EL PASO, Texas – Greeted by a crisp morning breeze and the calming flow of a canal along the Rio Grande, believers from all corners of the world joined together under their faith for the 22nd annual Misa Fronteriza, or Border Mass.

Hosted by the Roman Catholic Diocese of El Paso in conjunction with the dioceses of Ciudad Juarez and Las Cruces, New Mexico, the Nov. 2 Mass afforded members of the intertwined communities the opportunity to celebrate their religion and common views on issues affecting the southern border.

U.S. Customs and Border Patrol officers opened the border barrier near the Santa Fe Bridge to allow about 700 Catholics to get to the canal. They were met by dozens of folding chairs facing each other from both sides of the canal, linked by a temporary wooden bridge crafted by church leaders. Literally and metaphorically, the bridge linked the United States and Mexico, just as the bishops intended their prayers to do.

Fernie Ceniceros, the communications director for the Diocese of El Paso, praised the Border Patrol’s willingness to facilitate the yearly tradition.

“It wasn’t like we rogue came in here and set up,” Ceniceros said. “To CBP: Thank you so much for allowing us this opportunity to celebrate like this.”

The Border Mass, launched in 1998, has become increasingly meaningful for people on both sides of the border because of the recent polarization over immigration. As a joint venture between U.S. Border Patrol and the dioceses, the two entities worked alongside one another to open the border wall, uniting the people of two countries, at least, for a few hours.

Originally held at the Anapra border fence in Sunland Park, New Mexico, Misa Fronteriza was moved to El Paso in 2016 and has been a staple of local Catholic practice ever since. The dioceses host this event to remind citizens of both nations that we are one people regardless of the literal and imaginary barriers between us.

The Rev. Fabian Marquez has been a priest with the Diocese of El Paso for 15 years, working primarily at El Buen Pastor Mission Church. Marquez, who has been a part of Misa Fronteriza since 2016, said this year’s Mass stood out because of the bridge, which he helped build starting at 6 a.m. the same day.

“I brought my parishioners over from El Buen Pastor, and I keep telling them, ‘Isn’t this ironic? While the president wants to build a wall, here we are building a bridge to bring us together,'” Marquez said. “That only happens in the Catholic community, especially in El Paso.”

During the service, bishops from El Paso, Ciudad Juárez and Las Cruces led a prayer for immigrants who have lost their lives crossing the border. They also prayed for the 22 people who died at the Walmart mass shooting in El Paso on Aug. 3, a massacre that shocked people on both sides of the border.

Border Mass proceedings include prayers for the victims and families impacted by the #Walmart shooting here in El Paso in August. #ElPasoStrong @cronkitenews pic.twitter.com/G1kExySBek

That day, a gunman entered the Walmart superstore at Cielo Vista Mall, just miles from the border, and committed the deadliest domestic mass shooting of 2019. Authorities allege that Patrick Crusius, 21, of Allen, Texas, targeted Hispanic and Latino customers. According to DataUS, this group makes up 81.4% of the city’s population.

Marquez said the shooting, which also injured 24 people, stemmed from the divisive political discourse in the United States, but he doesn’t feel that such events will divide the border communities of El Paso, Ciudad Juárez and Las Cruces.

“He came in to end the lives of Hispanic people, of Mexican people because of the rhetoric that’s happening in the country,” Marquez said. “Events like this actually help us to come together, to come closer, to heal and to let the world know – and to let ourselves know – that we’re standing strong.” 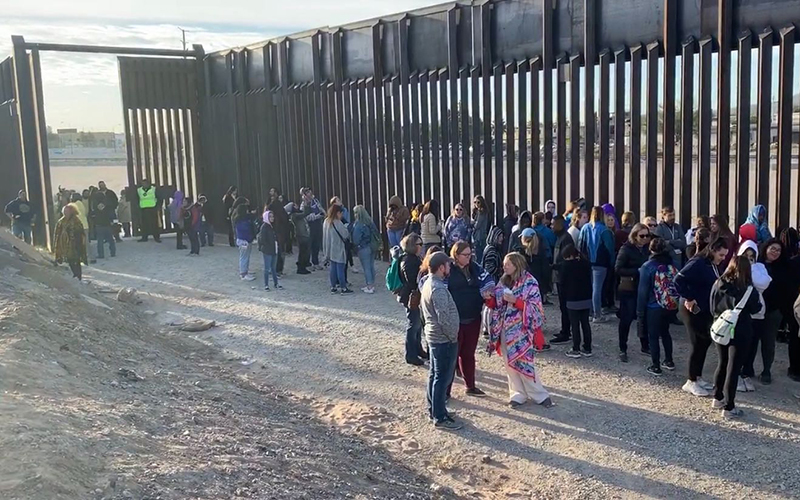 The crowd gathers along the border barrier entrance near a Rio Grande canal in expectation of the Border Mass. U.S. Customs and Border Patrol didn’t allow servicegoers through the gates until just a few minutes before start time. (Photo by Dylan Hunter Carter/Cronkite News)

Faithful on both sides of the canal also paid tribute to the uncounted migrants who have died trying to cross the U.S.-Mexico border. A 2018 United Nations report shows the number of migrants who died in 2017 remained high, despite a 44% decrease in border apprehensions reported by the Border Patrol from 2016 to 2017.

In 2017, 412 migrant deaths were recorded, compared with 398 in 2016, according to the U.N. International Organization for Migration.

For Pat Delgado, a Rhode Island native who moved to El Paso 42 years ago, the United States isn’t mindful enough of the ways its policies affect people south of the border.

“Our country has so much responsibility for the problems in Central and South America and Mexico,” Delgado said. “I feel like we need to remember that and keep that in mind and hopefully change our policies to be more supportive, because we’re all in this together, you know?”

Togetherness was a major theme of Misa Fronteriza. Ceniceros, with the El Paso diocese, said the event is revered by participants as a source of solidarity despite the wall that divides them.

“A lot of people want to have a sense of hope,” Ceniceros said. “We just want to make sure that everyone has that opportunity to celebrate together – to come together in communion as Catholics to be able to celebrate without a border, per se.” 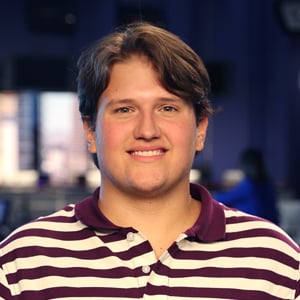