PHOENIX – Weeks of warm and dry weather will come to an end Monday as a series of storm systems tap into tropical moisture, providing rain and some snow across Arizona. By the middle of the week, expect lower than normal temperatures and rain that could break records in metro Phoenix.

Phoenix has not seen measurable rain in 52 days, but that dry spell will end Tuesday. The latest satellite imagery shows moisture flowing into northern Mexico and Arizona, given the current position of the cutoff low off Southern California. A stronger area of low pressure will dig into the Southwestern U.S. by Wednesday, which will draw in more moisture from the remnants of Tropical Storm Raymond.

Flash flood watches are in effect for the Valley until Wednesday evening, and the high country until Thursday morning. Rain chances in the Valley go up starting Tuesday evening, with rain likely to last into Wednesday morning’s commute. A break in precipitation is expected Wednesday afternoon as a stronger area of low pressure dives south. This will bring a second round of widespread showers mainly east of the Colorado River Valley, and snow for elevations above 7,000 feet. 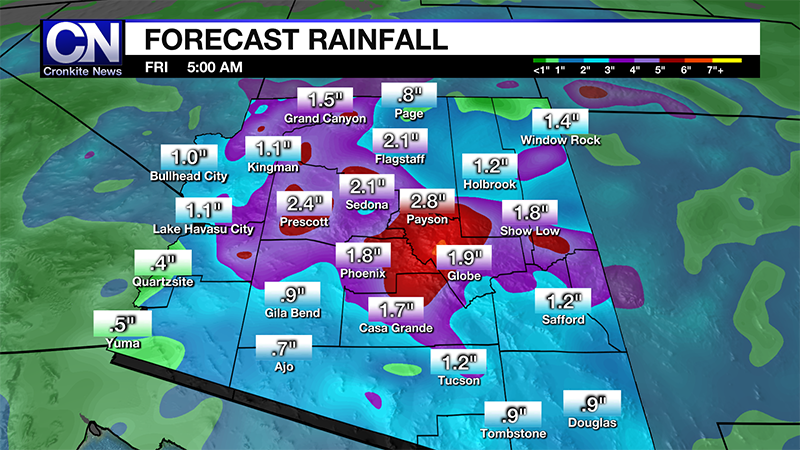 By Thursday morning, lingering showers could be in play as the storm systems surge east. Forecast models suggest rain totals for metro Phoenix from 1 to 2 inches. Isolated higher amounts are likely, too. The higher terrain north and east of Phoenix could see as much as 4 inches. Widespread thunderstorm activity is not anticipated with this storm, but a few rumbles of thunder and small hail are possible on Tuesday.

The rain could cause localized street flooding in the Valley, but widespread flash flooding is doubtful because, unlike during the monsoon, hourly rainfall rates will be low. However, those living near washes should remain on guard.

Across southern Arizona, temperatures will bottom out in the 40s before rebounding into the mid-60s by the end of the week. Rainfall of 1 to 2 inches can be expected in Tucson.

In Flagstaff, highs will drop sharply by Wednesday, into the 40s. On Thursday, temperatures will be barely cold enough to support snow showers, which means any accumulation will be wet and compact. The coldest morning for the rest of the week in Flagstaff will be Sunday, with a low of 19 expected.

Skies will begin to clear out across the state by the weekend, but cooler than normal temperatures will remain. Long range forecast models suggest the cool and wet pattern to continue into the week of Thanksgiving. 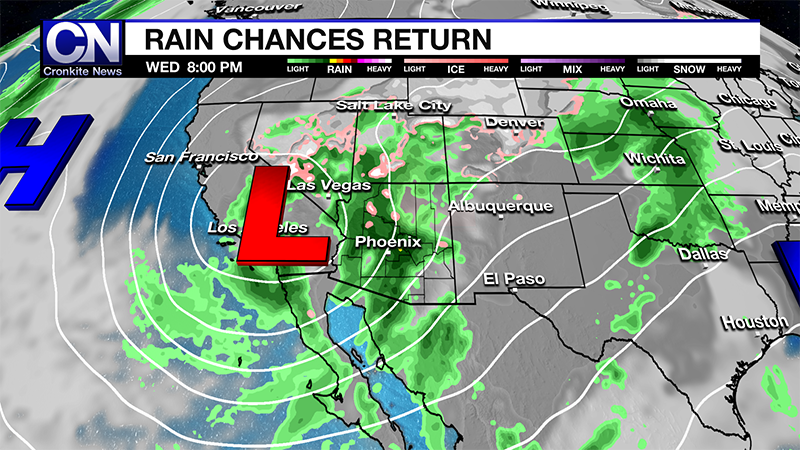 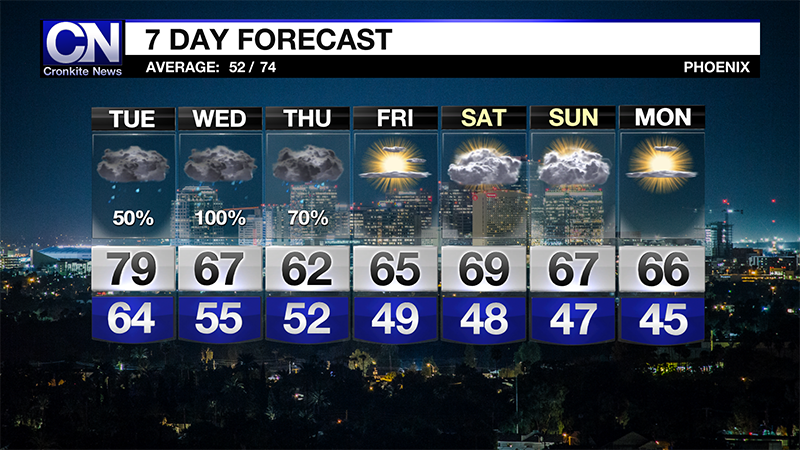