PHOENIX – A warm week can be expected across Arizona, but isolated showers will be possible Wednesday as a weak storm passes through. High pressure over the eastern Pacific Ocean will build by the weekend, pushing temperatures several degrees above seasonal normals.

After a chilly end to October, temperatures have risen above normal, which is 81 for Phoenix. High pressure is currently sitting over the Pacific, and a weak cutoff storm is churning off Southern California.

This storm will push east by midweek, introducing rain chances to areas that haven’t seen rain in more than a month. Forecast models suggest the best rain chances in metro Phoenix will be Tuesday night into Wednesday morning. Amounts are not at all impressive, with 0.1 of an inch considered the most likely. Higher rain amounts are likely in the higher terrain north and east of the Valley. 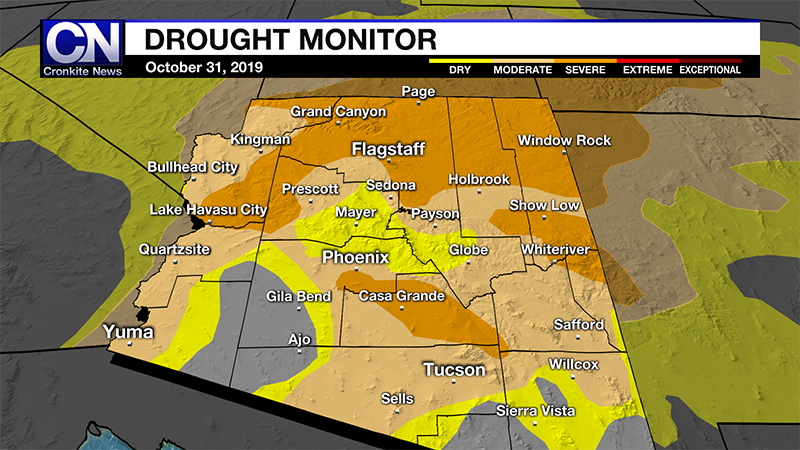 Sparse rain this year has pushed most of northern and southeastern Arizona back into severe drought conditions. In Phoenix, 3.68 inches has fallen so far this year, which is 2.86 inches below normal. Tucson’s annual rainfall so far is near normal, at 10 inches.

Temperatures will remain above normal for the rest of the week. Highs in the mid-to-upper 80s can be expected in Phoenix, with lows in the upper 50s to low 60s. Tucson will be a few degrees cooler than Phoenix this week, which is typical because of its higher elevation.

Across northern Arizona, overnight temperatures will drop into the 20s this week. Payson, Prescott and Sedona can expect high temperatures in the 60s and 70s, with lows staying above freezing. No breezy days are expected this week.

Expect consistent temperatures through the weekend as high pressure over the Pacific centers itself over the West Coast. Highs could approach 90 degrees in some southwestern Arizona locations. Long range forecast models suggest warmer than normal conditions through the middle of November. 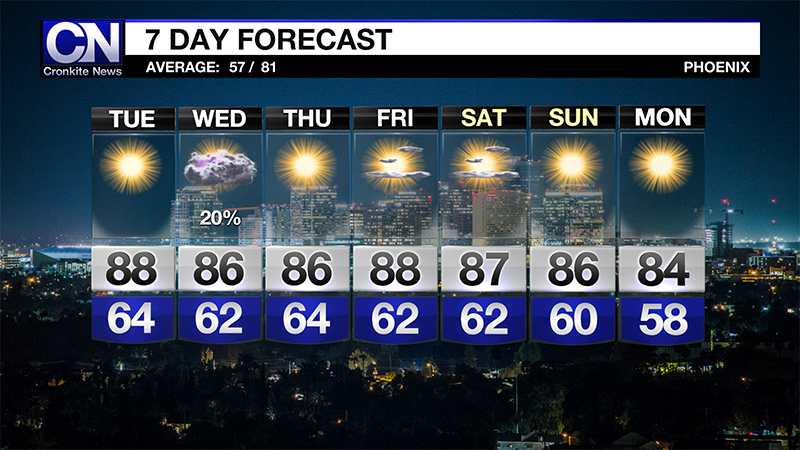 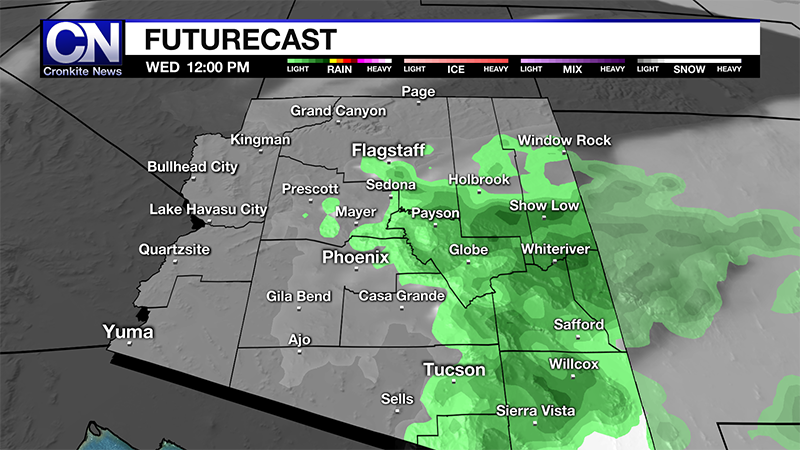