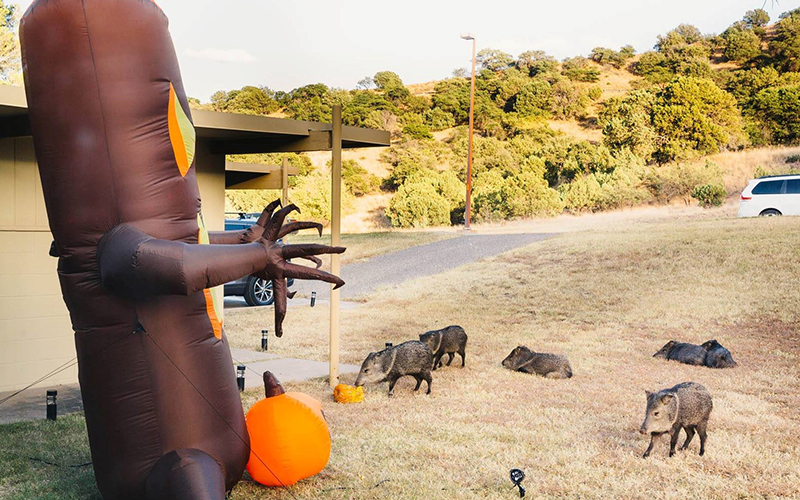 A pack of javelinas feed on pumpkins that were left out by a homeowner. Javelinas tend to travel in groups, which can endanger people, pets and property. (Photo courtesy of Arizona Game & Fish Department) 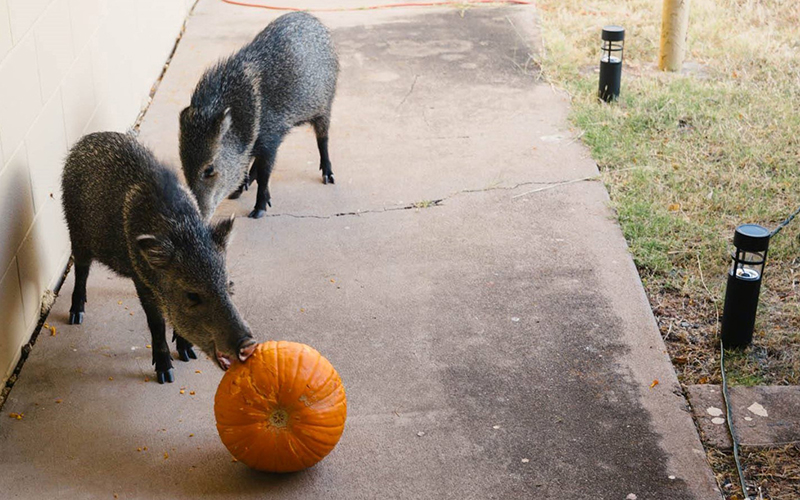 FOUNTAIN HILLS – With fall in full swing, here’s a friendly reminder from Arizona Game & Fish: Don’t leave pumpkins at your doorstep, as they may attract javelina, rats – even snakes.

Placing a pumpkin outside your home to intentionally attract wildlife is dangerous and illegal, department spokeswoman Amy Burnett said. 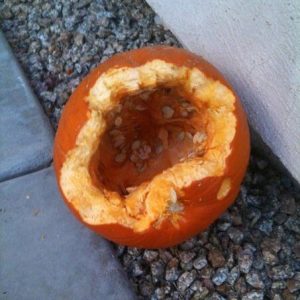 Javelina feasted on this pumpkin in a north Phoenix neighborhood on Nov. 6, 2015. (Cronkite News file photo)

Javelinas are a concern because the gourds’ strong scent can lure packs into residential areas, putting people, pets and property at risk of attack. Pumpkin seeds also attract rodents, which in turn may attract snakes and other predators.

Under state law, feeding wildlife other than birds or squirrels is a petty offense. A first infraction merits a warning. Subsequent offenses could bring fines of up to $300.

Burnett said Arizonans who use pumpkins as decor should place them on top of a high wall, on a roof or inside the house near a window. You can safely dispose of gourds by donating them to Southwest Wildlife Conservation Center, which feeds desert wildlife in a safe, lawful manner.