Climate change will continue to scorch the Southwest, data predict

PHOENIX – Arizona is known for its torrid summers. But temperature data from the National Oceanic and Atmospheric Administration compiled by Climate Central show summers will only get hotter thanks to climate change.

Earlier this year, a Climate Central report ranked Tucson and Phoenix among the fastest-warming cities in the country, coming in third and fourth, respectively, behind Las Vegas and El Paso, Texas. 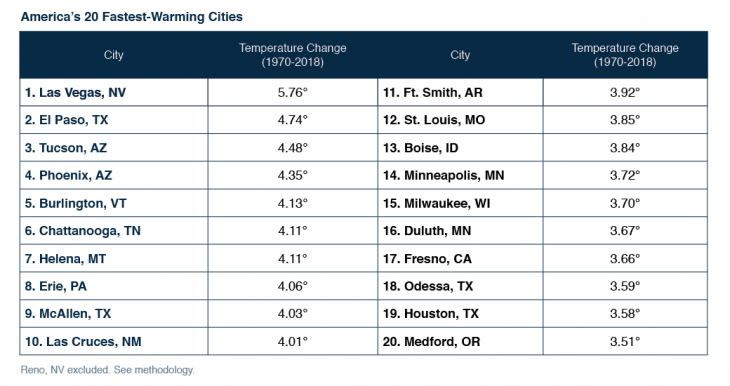 The independent organization, which is comprised of scientists and journalists, analyzed 242 cities, and only six are cooling or remaining stable. Alaska, New Mexico and Arizona were ranked as the three fastest-warming states in the country.

The Southwest U.S. is subject to faster warming due to our arid climate because the specific heat capacity is less in drier air than humid air. Higher temperatures will worsen droughts and heat extremes, the report said.

Another report from Climate Central analyzed 244 cities across the U.S. and found that 75% of them recorded an increase in extremely hot days since 1970. “Extremely hot” in Arizona is different from extremely hot in Alaska, but the report showed more thresholds are being crossed in Alaska more often. 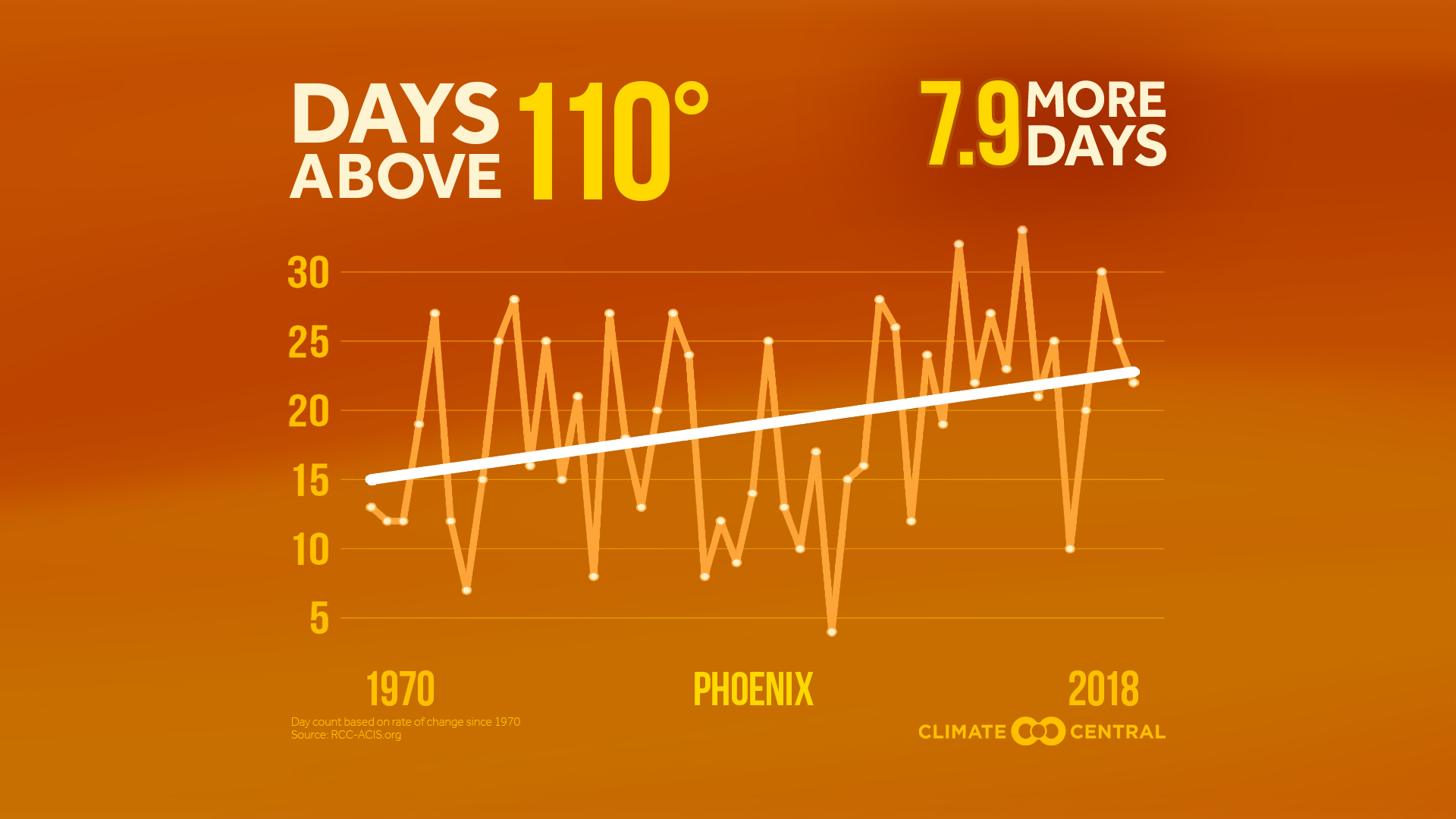 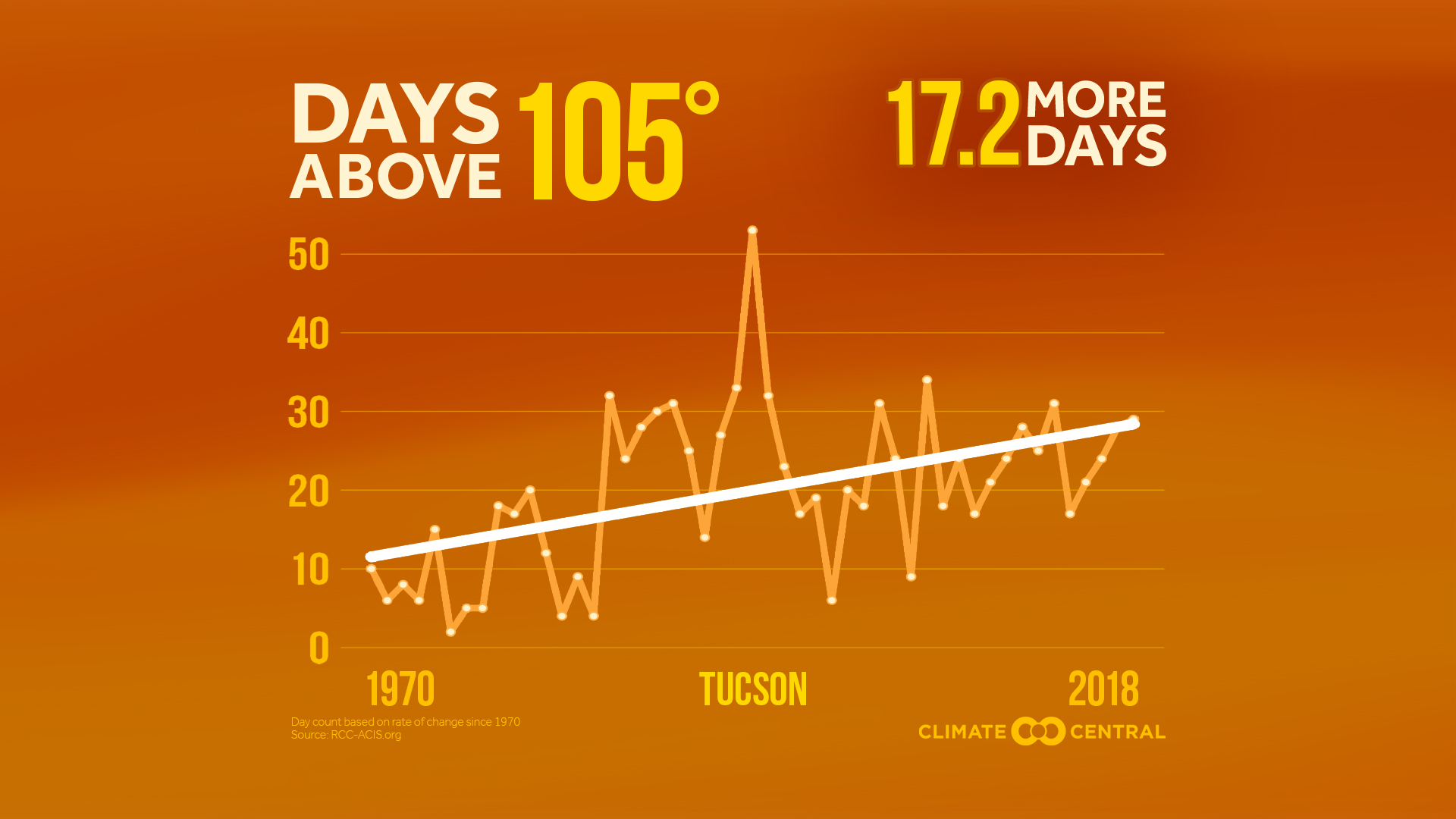 Phoenix and Tucson have seen increases in extremely hot days since 1970.

For Tucson, Climate Central analyzed the number of days greater than 105 degrees; it now experiences roughly 17 more days a year than it did in 1970.

In Phoenix – the nation’s fifth-largest city – the threshold was set at 110 degrees; Phoenix now sees nearly eight more days of extreme heat than a half century ago.

Miami has experienced the largest change by far – it has 75 more days above 90 degrees than it did in 1970, the report said.

The federal Centers for Disease and Control says extreme heat is the deadliest of all weather hazards. If greenhouse-gas emissions continue to rise unchecked, the Fourth National Climate Assessment predicts that by the end of the century, extreme heat or cold outbreaks will result in 9,000 additional premature deaths per year across 49 major U.S. cities.

You may think of national parks as places to escape the heat, but rising temperatures are affecting them, too.

More than 300 million people visited national parks all across the nation in 2018. But with a warming planet, that visitation is expected to decrease, especially in lower-latitude parks where warming has been more pronounced.

Climate Central’s analysis of 62 national parks found that all but one have shown a warming trend since the establishment of the National Park Service in 1916. 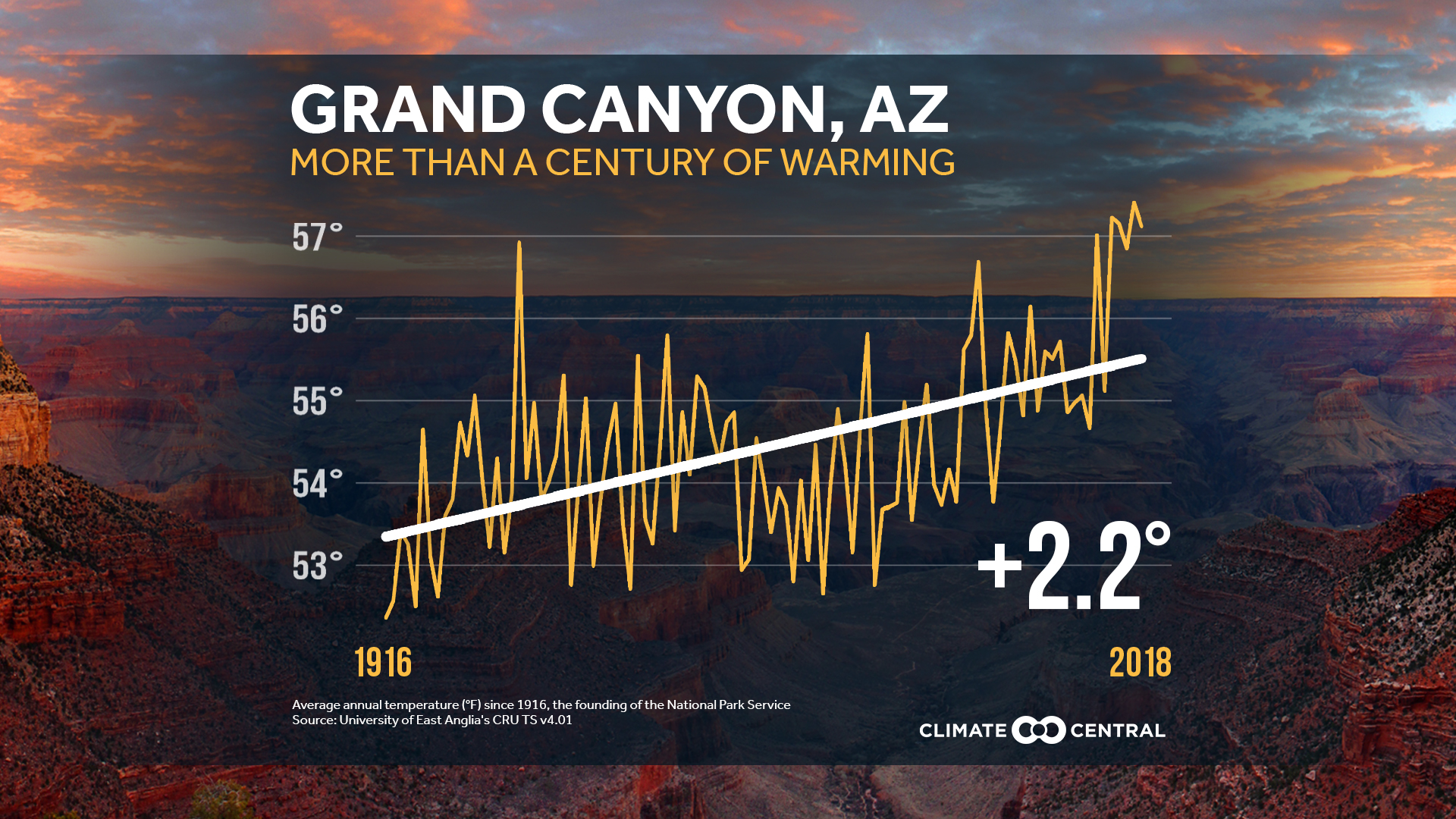 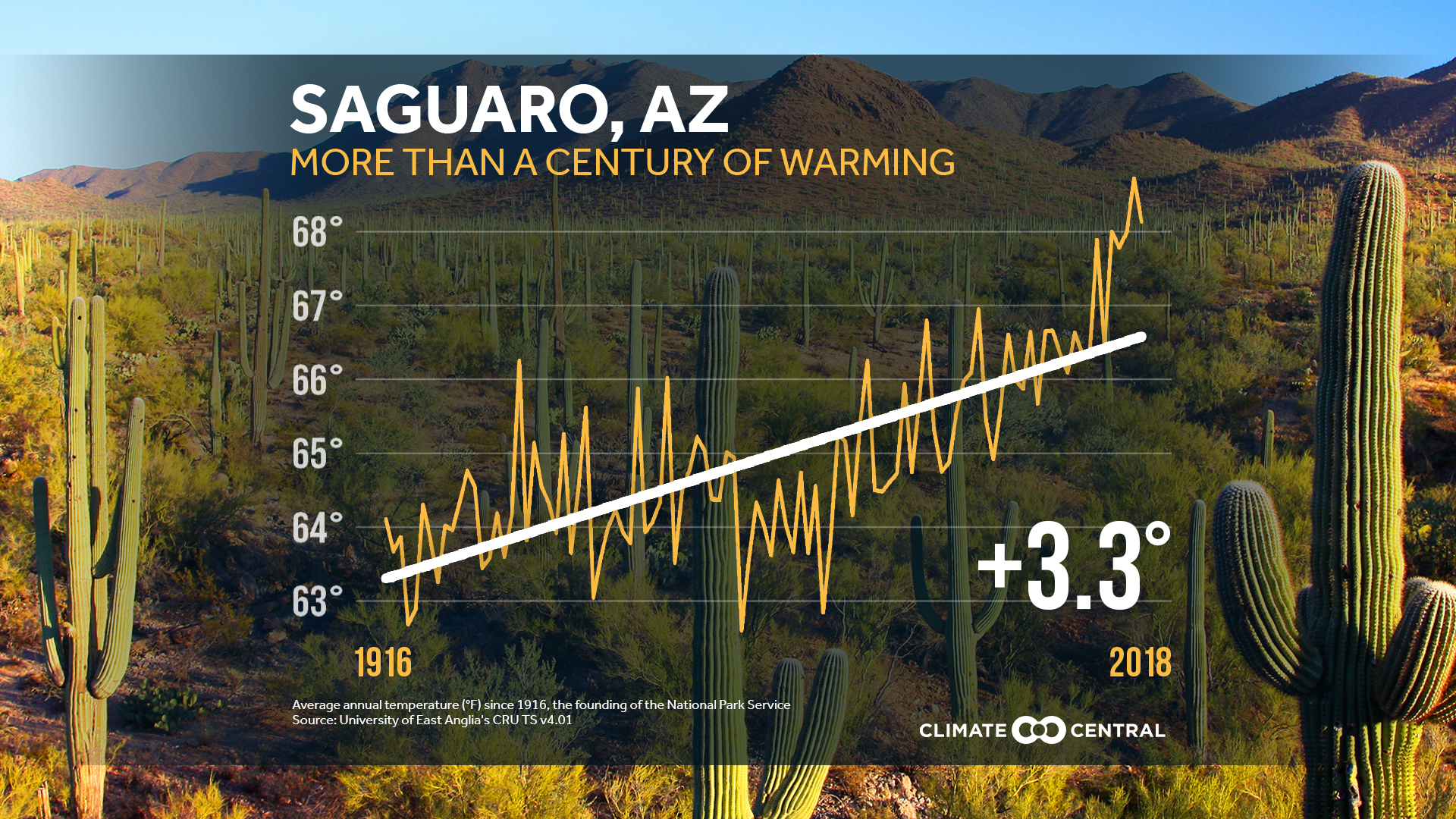 Carbon dioxide is the primary greenhouse gas in the atmosphere, at 82%, according to the EPA. As levels increase, so do the temperatures.

Earlier this year, NOAA’s Global Monitoring Division observation station at Mauna Loa in Hawaii, recorded its highest level of CO2 in the atmosphere since the evolution of humans.

Climate Central says CO2 is the primary reason why parks are warming, which could directly impact wildlife habitats and snow amounts in the parks.

It is never too late for you to do your part in helping to curb climate change. The Earth Institute at Columbia University has outlined many things you can do to reduce your personal carbon footprint, which the Nature Conservancy defines as the “total amount of greenhouse gases (including carbon dioxide and methane) that are generated by our actions.”

Livestock are responsible for 14% of emissions, particularly methane, so eating lower on the food chain and reducing food waste, through such practices as composting, will help.

If you replace your incandescent light bulbs with LEDs, you’ll reduce your carbon footprint and lower your utility bill. Turning your water heater down to 120 degrees can save up to 550 pounds of CO2 a year.