PHOENIX – Immigration officials are not the “bad guys” trying to make the lives of law-abiding immigrants miserable but are going after undocumented immigrants who commit crimes, an Arizona Immigration and Customs Enforcement official said Friday.

“We’re human ourselves,” said Albert Carter, acting field office director for ICE enforcement removal operations in Phoenix. “We have families. We understand the consequence, but at the end of the day, we’re doing our jobs. We’re doing it compassionately. We’re not just out arresting just anyone off the street, we’re conducting targeted enforcement operations.”

He said the public should know about the “great work” that ICE officers conducted in Phoenix just this last week, listing at least five cases of undocumented people accused of driving while intoxicated or sexually assaulting teens.

“When I hear ICE, I hear Gestapo,” Reza said. “In the first place, separating a newly born or 3- or 4-year- old from their parents, that’s cruelty to begin with. That’s not compassion. That’s being cold-hearted. That’s what happened to the slaves back in the days.”

Reza said he has been in communication with immigrants being held in detention centers, and that the conditions are not in line with what ICE officials have maintained.

“I was talking to someone from a detention center, they were talking about how the type of food they get wasn’t even worth giving to the dogs,” Reza said. He added that immigration officials who state that ICE procedures are humane are trying to “sanitize the image of our repressive violence against our communities.”

Carter’s statements came a day after Matthew Albence, who heads ICE, chastised state and city officials who set up sanctuaries for immigrants. Albence, ICE acting director, said at a White House media briefing on Thursday that state and local jurisdictions that “refuse to cooperate” with ICE are “complicit” in crimes committed by people who are undocumented.

The Trump administration has cracked down on immigration, from capping the number of refugees allowed into the country to separating children from parents trying to enter the U.S. at the border, spurring support and criticism.

In July, the administration announced its intent to expand the nation’s authority to expedite undocumented people who can’t prove they have been in the U.S. continuously for two years. The policy already allowed for deportation without a hearing from an immigration judge. 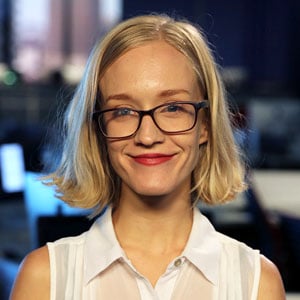