‘Many lives at risk’: What pollution rollbacks could mean for California and Arizona

LOS ANGELES – At the turn of the 20th century, Southern California’s oil industry was booming, with refineries belching black smoke. It got so bad that one day in 1903, Los Angeles residents woke up to skies so dark they thought was a solar eclipse.

It wasn’t an out-of-this-world event. It was smog.

And Southern California’s air quality has been the subject of headlines ever since.

Today, the right to regulate air pollution has become the subject of another political fight between California officials and federal regulators in Washington. Last week, President Donald Trump announced that his administration will revoke California’s nearly 50-year authority to set its own vehicle standards for tailpipe emissions. California and 22 other states have filed suit. Arizona implemented California’s emission standards in 2008 but revoked them in 2012, and did not join in the lawsuit.

The recent conflict comes after Volkswagen, Ford, BMW and Honda struck a deal with California to reduce emissions and increase fuel efficiency.

Clean air advocates say air quality will be severely harmed if the White House succeeds in ending the waiver California was granted by the newly minted Environmental Protection Agency in 1970.

“Many people’s lives, many people’s health is going to be at risk because of the freezing of the emissions waiver, which is a direct attack on California’s authority,” said Chris Chavez, the deputy policy director for the Coalition for Clean Air, a California-based environmentalist nonprofit group. “California has committed to reducing greenhouse-gas emissions by certain dates and certain benchmark levels, and that is going to be far more difficult without those clean car standards.”

Experts say there are simpler ways to help fix climate change, particularly using less energy from fossil fuels. Suzanne Paulson, director at UCLA’s Center for Clean Air, said although much has been done, the waiver was a safety net for California skies.

“There are always further steps that can be taken to clean up the air more. Historically, one of the dominant sources was cars and trucks on the roadways,” Paulson said. “Partly through the waiver, we have set California-specific emissions controls that have served to clean up the air tremendously.”

Arizona struggles with poor air quality, too, according to a recent ranking from the American Fitness Index. All 10 of the worst cities for air quality in America are either in Southern California or the Phoenix area.

Chavez said he thinks many other states “are watching with concern because ultimately this will become a major legal test of states being able to act independently of the federal government to respond to local needs.”

California’s independent streak on regulation began in 1947, when Los Angeles became the first city in the country to implement local air pollution regulators. They were deemed necessary because After World War II ended, the West Coast’s aerospace industryand other manufacturing plants boomed, which resulted in much more air pollution.

Congress passed the federal Clean Air Act in 1970 to protect public health and public welfare and to regulate emissions of hazardous air pollutants for all 50 states. That same year, California was granted a waiver by the EPA, allowing it to set emissions standards more stringent than federal standards.

By 1984, the state began requiring every vehicle on the road to pass what became known as a smog check, to keep high-polluting cars off the road. Automakers responded by building vehicles specifically for California buyers, and over the years, 13 states adopted the higher standards. They will be affected by the waiver’s revocation, too. 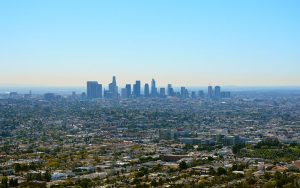 Air pollution in Los Angeles has vastly improved since 1970, when California was granted the authority to set emissions standards that are tighter than federal standards. Thirteen other states have adopted California’s standards. (Photo by alpe89 via Flickr/Creative Commons)

But those standards were under attack again this week, when the Sacramento Bee reported a letter sent from the EPA to California’s chief air quality regulator threatened “to cut federal transportation funding from the state as punishment for not submitting timely pollution-control plans.”

The letter – which also said California has “the worst air quality” in the country – came in response to California having “backlogged and unapprovable” reports that did not meet the EPA’s demands for proof of compliance with the Clean Air Act.

“We’ve done all of the stuff that’s easy many years ago, we’ve done lots of stuff that’s hard as well,” said Paulson of UCLA. “Finding additional controls that will bring us to meet air quality standards is a huge challenge even without this additional tool taken away from our tool kit.”

In a press conference last week, Mary Nichols, chairwoman of the California Air Resources Board, spoke about why the rollbacks pose threats for the state and the West Coast.

“Standards are necessary to protect the public health and welfare,” Nichols said. “We actually need these extra-clean cars in order to meet the health standards that are set by the federal government.”

What isn’t clear is whether the lawsuit – which also was joined by Los Angeles, New York City and Washington, D.C. – will outlast the administration it targets.

“We are still looking at a few years down the line for everything to be settled, in the best-case scenario,” Chavez said, referring to the 2020 election. “If President Trump gets re-elected, that will be a tougher issue. It could get (dragged) out well into his second term.” 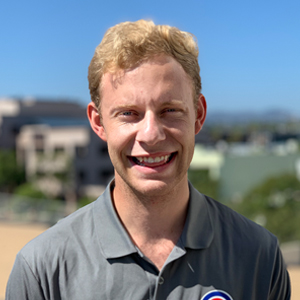