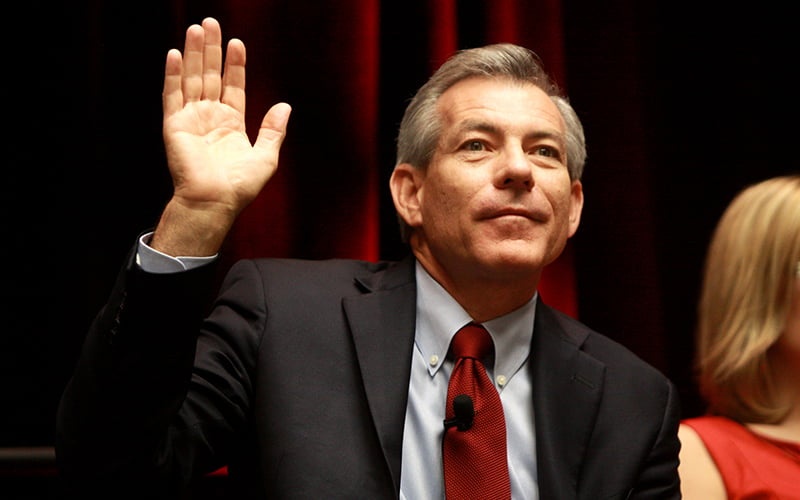 Five-term Rep. David Schweikert, R-Fountain Hills, continues to be dogged by ethics investigations of his office. He has said he is confident he will be cleared, but political experts say the charges are already complicating his re-election bid. (Photo by Gage Skidmore/Creative Commons)

WASHINGTON – Potential challengers to Rep. David Schweikert were quick to jump on new ethics revelations Friday that there was “substantial reason to believe” the Fountain Hills Republican may have used congressional staff and resources to benefit his political campaigns.

The allegations were released Thursday by the House Ethics Committee, which was already pursuing a separate investigation whether Schweikert made improper payments to a former legislative aide.

Attempts to reach Schweikert for comment Friday were unsuccessful, but he has said in the past that he welcomed the Ethics Committee investigations and was confident he would be cleared in the end. Those sentiments were echoed in a statement from his campaign Friday.

“We have welcomed the review being conducted by the House Committee and remain confident that the outcome of that review will be favorable to Congressman Schweikert,” Chris Baker, the campaign spokesman, said in a statement to The Hill newspaper.

But political analysts believe the ongoing probes are sure to bleed over into Schweikert’s 2020 re-election campaign.

“Schweikert enters the campaign year weakened not only by this scandal but by weak fundraising and no notable achievements,” Bill Scheel, founding partner of the Phoenix political consulting firm Javelina, said in a text statement.

The reports first came to light last year, when the Ethics Committee released an Office of Congressional Ethics report on Schweikert’s office. That report recommended a committee investigation, saying there was “substantial reason to believe” Schweikert’s office may have made improper payments on behalf of a staffer, who has since resigned, and that staff may have contributed to his congressional campaign.

On Thursday, the committee released details of a second OCE report that also found “substantial reason to believe” allegations that merited investigation. Those included allegations that Schweikert used congressional staff and resources for his campaign, that he pressured staff to conduct political activity and that he or his campaign “may have received loans or gifts from a congressional employee,” among other claims.

Both reports were approved unanimously by OCE members and both were released after a year in the hands of the Ethics Committee. 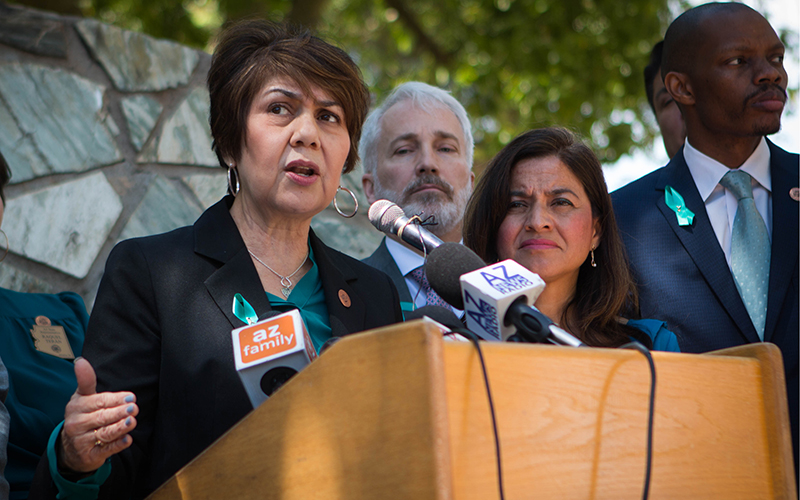 As the probe has dragged on, Schweikert’s campaign bank account has taken a hit. While he raised $485,678 in the first half of this year, he spent $360,197 and had $169,714 cash on hand as of June 30, according to his latest Federal Election Commission report.

His three announced Democratic challengers, meanwhile, raised a combined $630,492 in the same period and still had $582,898 in the bank as of June 30, according to the FEC.

Anita Malik, the Democratic nominee who ran unsuccessfully against Schweikert in 2018, called on the five-term incumbent Republican to come out and talk openly about the ethics probes he faces.

“If there’s nothing to hide, I believe that’s something someone would do, they would come out and have that conversation,” Malik said.

But Republican consultant Jason Rose said he lives in Schweikert’s district and has “not felt his presence or his office’s presence as much as previous years.”

“I don’t know what the explanation for that is because when you’re challenged, one solution is to be everywhere and shake more hands and develop that personal connection and engage in more retail politics,” Rose said. “I could be mistaken but I just don’t see that robust activity from the congressman.”

Meanwhile, Democratic challenger Hiral Tipirneni is turning up the heat. Tipirneni, who had $444,828 in her campaign account on June 30, according to the FEC, said in a statement Friday that she has relaunched an ad campaign hitting Schweikert on his “troubling” ethics issues.

“Congressman Schweikert is out of touch with our community and has become the worst of Washington politicians,” said Tipirneni, who ran unsuccessfully last fall in District 8 before focusing on Schweikert’s 6th District seat this cycle.

“The calculation, I presume, is that if I can resolve this issue before my election, I can go back to voters and say it was reviewed, questions were asked, and they were answered and I was cleared,” Rose said of Schweikert’s heavy campaign spending. “That’s the goal of spending that campaign money.

“But the fact that his campaign is not abundant is going to be a problem because if Democrats start seeing polling and an opportunity to defeat him, I think he could end up getting swamped,” he said.

Matt Grodsky, acting communications director for the Arizona Democratic Party, said the investigations are an embarrassment for the district and called for Schweikert to resign.

“I don’t think he’s in a listening mood but in the event that he is, I think he should resign and focus on this investigation and the allegations that are pretty serious that are put against him,” Grodsky said.