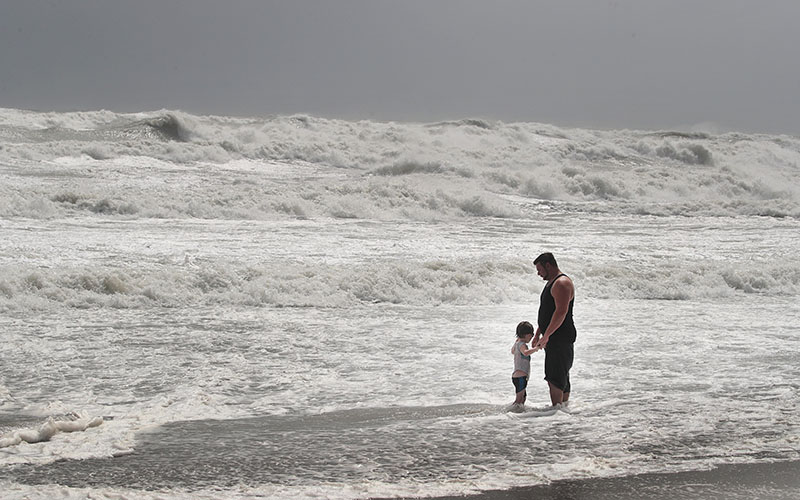 Many in Florida and South Carolina are awaiting the impact of Hurricane Dorian, including some Arizona-reared athletes who attend colleges along the likely path of the storm. (Photo by Scott Olson/Getty Images) 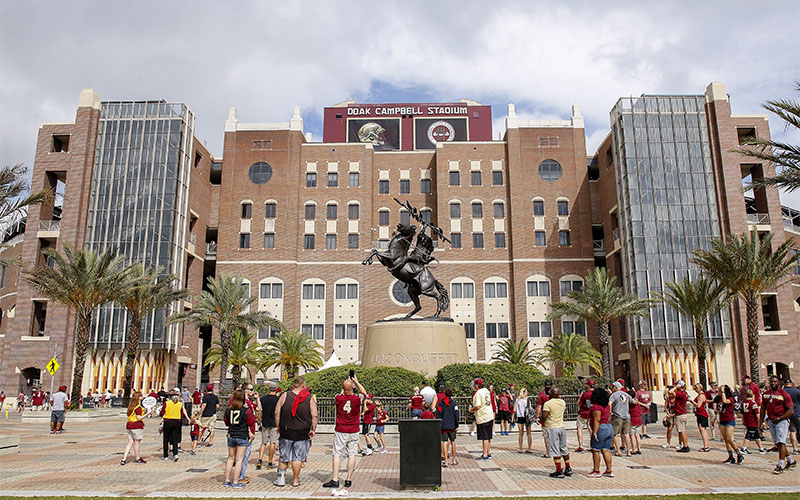 PHOENIX – Even 2,100 miles away, Hurricane Dorian has impacted the Arizona sports community.

Many standout athletes from the Valley have found homes at universities along the coast of South Carolina, which witnessed the Category 2 storm’s arrival Thursday.

“I was telling one of my friends that it was kind of crazy to get an emergency alert last year for a hurricane,” said Coastal Carolina long snapper C.J. Schrimpf. “I’m from Arizona, and the most I ever get is a haboob alert.”

Schrimpf, who played football at Phoenix College and Tempe’s Corona del Sol High School, is one of two Arizona athletes at the school located just miles from the coast in South Carolina. Derick Bush, a linebacker from Tucson’s Salpointe Catholic, is there, too.

Others that have paid close attention to the hurricane’s path include Justin Roberts, a native of Nassau and former Arizona State tennis player. He has been in touch with his family that lives in the Bahamas.

“They lost power in Nassau and maybe had some flooding issues,” said Roberts, an ASU graduate student. “They lost phone connection. … but my family is safe in Nassau.”

The Phoenix Suns’ Deandre Ayton still has family in the Bahamas, where he grew up. The Bahamas were hit hard by the storm, as winds and floodwaters left homes destroyed. The death toll has risen to 20, Prime Minister Hubert Minnis said.

The hurricane has impacted sports schedules, too.

Several minor league baseball seasons ended prematurely. The Class A Florida State League and the Rookie-level Gulf Coast League both canceled the remainder of their 2019 seasons, including each league’s postseason.

Coastal Carolina travels to Lawrence, Kansas, this week to take on the Kansas Jayhawks.

The Chanticleers’ challenges stemming from Hurricane Dorian are far from their first tangle with nature’s elements. Last year, the Coastal Carolina team faced a similar experience with a hurricane, traversing through the effects of Hurricane Florence as they attempted to continue with their season.

That hurricane forced the rescheduling of a game against Campbell University and kept the Chanticleers out of Conway for nearly three weeks while the city and campus recovered. This year, with the team forced to relocate to Greenville, South Carolina, before their battle with the Jayhawks, they are simply hoping to return to normal as quickly as possible.

“We’ll be able to do the work we need to do to get our guys ready,” said Coastal Carolina coach Jamey Chadwell in a press conference. “The challenge more so is now they’re not in a normal routine. You work hard to get them in a normal routine and now you’re out of it. How does that affect them, because most people are creatures of habit and now there’s a change.”

The team practiced Monday evening at Christ Church Episcopal School, Tuesday at Clemson and is expected to practice at Furman Thursday.

Schrimpf has begun to adjust to the regular battle with mother nature.

“I think the biggest thing is all the preparation and stuff like that that goes into people who aren’t going with the team down to Greenville,” he said. “Boarding up the houses, making sure that you have enough stuff that you’re not leaving, finding a place to go. Just stuff you don’t really deal with unless you live on the coast or where it’s hitting directly.”

More than one million people have evacuated homes in South Carolina and North Carolina neighborhoods that are expected to be impacted by Dorian, CNN reported