PHOENIX – The City of Goodyear was faced with a difficult decision: publicly disagree with the state’s governor, or potentially lose out on 500 new jobs for its community. The outrage that had consumed the nation surrounding Nike’s pulling of what some perceived as an offensive shoe had reached the quiet suburb, and Mayor Georgia Lord was now forced to deal with what she deemed a “difficult situation.”

With no obvious option in sight, members of Lord’s team congregated at her house for an impromptu strategy session Tuesday. As members of the media gathered outside, pressing the mayor and her aides for a response, it became clear there would be no resolution that would satisfy both sides. With minutes ticking away, Lord made the decision to rebuke Gov. Doug Ducey and opt for the plan she believed was best for her city. 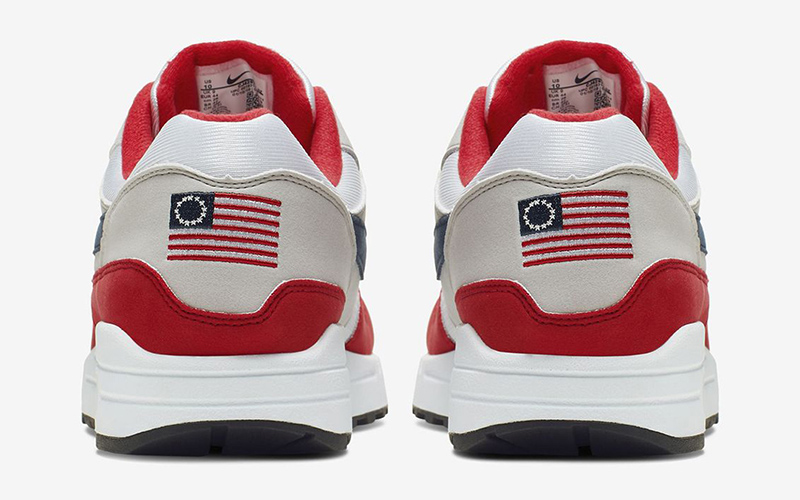 “We will honor the commitment we made in our agreement (with Nike),” Lord said in a video released by the city of Goodyear late Tuesday night. “This deal is expected to bring more than 500 jobs and significant investment to our city.”

The proposed facility would only be Nike’s third in the United States, as the multibillion-dollar company has traditionally done the majority of its manufacturing overseas. Although it is still unclear if plans for the plant will move forward – a Nike spokeswoman declined to commit one way or another – Goodyear appears intent on facilitating the growth of jobs within its community.

“It has been a focus of the Goodyear City Council to build a strong economy for years to come,” Lord said. “We will continue to work hard to bring the kind of high-quality jobs our residents deserve.”

Controversy began to brew Monday afternoon when Nike requested retailers return all pairs of the Air Max 1 Quick Strike Fourth of July, which were emblazoned with what is often referred to as the Betsy Ross flag. The shoe was recalled after former NFL quarterback and current social activist Colin Kaepernick reported that he and others found the flag offensive due to its current association with white nationalists. While the move has been met with both intense criticism and support, the company has remained steadfast in its decision.

“Nike made the decision to halt distribution of the Air Max 1 Quick Strike Fourth of July based on concerns that it could unintentionally offend and detract from the nation’s patriotic holiday,” Nike said in a statement. “Nike is a company proud of its American heritage and our continuing engagement supporting thousands of American athletes including the U.S. Olympic team and U.S. Soccer Teams. We already employ 35,000 people in the U.S. and remain committed to creating jobs in the U.S., including a significant investment in an additional manufacturing center which will create 500 new jobs.”

Nike’s decision to pull the shoe garnered vitriolic responses from a number of Republican congressmen. Texas Senator Ted Cruz expressed deep disappointment in the company, tweeting, “I WILL NO LONGER PURCHASE NIKE PRODUCTS” with the hashtag #WalkAwayFromNike. He was joined by Kentucky Sen. and Majority Leader Mitch McConnell, who delivered an impassioned response when asked his thoughts on Nike’s decision.

I love America. I stand for the anthem, respect the flag & honor the men & women who fought to defend our Nation. I respect Free Speech & I’m exerting mine: until @Nike ends its contempt for those values, I WILL NO LONGER PURCHASE NIKE PRODUCTS. #WalkAwayFromNike RT if you agree. https://t.co/IvXNTgvlHq

“If we’re in a political environment where the American flag has become controversial to Americans, I think we’ve got a problem,” said McConnell at an event in Lexington, Kentucky. “I hope Nike either releases these shoes or some other shoemaker picks up the flag, puts it on a pair of shoes and starts selling it. I’ll make the first order.”