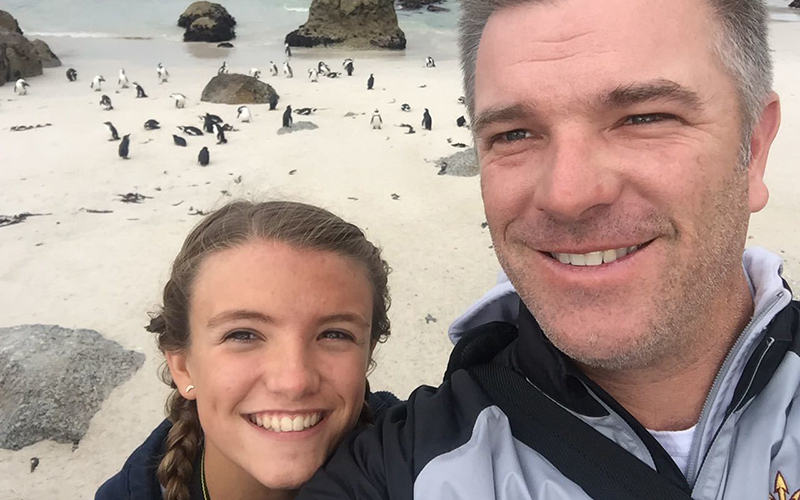 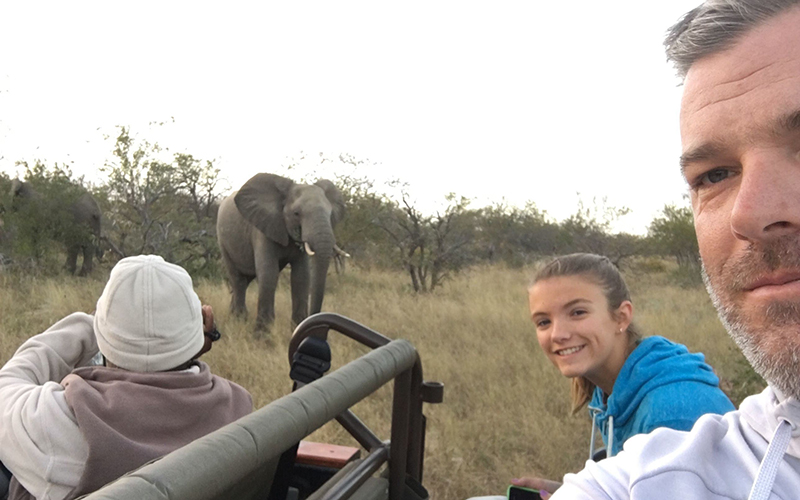 PHOENIX – A book inspired a father’s promise to his daughters to see the world.

In “Strong Fathers, Strong Daughters: 10 Secrets Every Father Should Know,” Meg Meeker writes about the importance of fathers setting examples for their daughters over the course of their lives.

ASU men’s golf coach Matt Thurmond made a promise to his three daughters when they were young that they could pick anywhere in the world to visit for their 14th birthday.

“I was just thinking about it and I love to travel,” Thurmond said. “It’s kind of a time in a girl’s life when (or even a boy’s) it’s not so cool to be around your dad. They go from being your best bud to not wanting to be around you.”

On their 13th birthdays, Thurmond’s daughters pick a place in the world they would like to visit.

Preparation is not just left to Thurmond and his wife, Kathryn. Their daughters have to take part as well.

“We spend the year researching, planning and preparing,” he said. “Then wherever they chose to go, we’ll do all the traveling plans together and I make them do a lot of it.”

Thurmond thought for sure his kids would want to go to Disneyland or Hawaii. He was wrong.

“My first daughter, Elizabeth, went on a safari in South Africa,” he said. “My next daughter, Emily, she and I are leaving this week for a big hiking excursion in Western Norway, seeing loads of mountains and villages of Western Norway.”

Emily, who turned 14 in May, and her father left the country on Wednesday for a week-long trip they hope will provide memories to share for the rest of their lives.

“It’s for them not competing with the other kids or me not chatting with my wife the whole time,” he said. “It’s just me and them spending quality time together at a crucial time in life and also creating a memory that we will talk about forever.”

“(The) guides take you around and they know to track the animals,” Matt Thurmond said. “(We saw) rhinos, elephants, lions, leopards, hippos, giraffes, zebras and baboons.”

The girls’ picks of South Africa and Norway were on the approved list of countries by their dad.

This trip to Western Norway has special meaning for Matt Thurmond.

Father’s Day will fall during their journey.