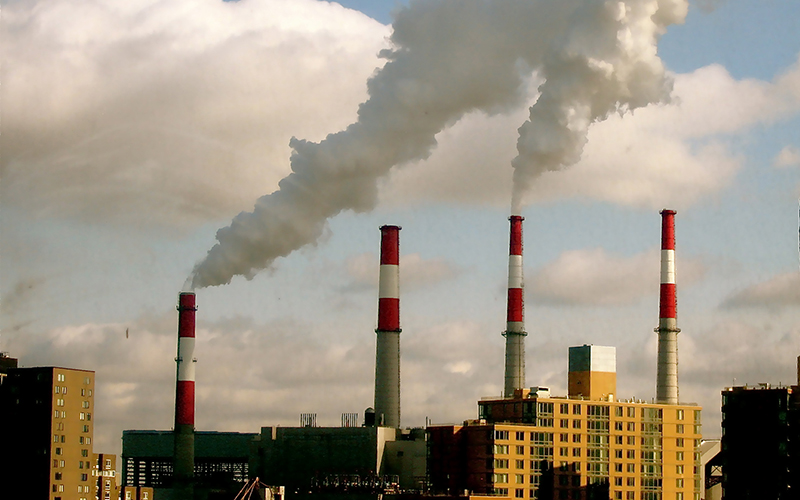 LOS ANGELES – Former President Barack Obama often referred to climate change as the “greatest threat to future generations,” and new research suggests it could even threaten the inception of future generations.

UCLA professor Alan Barreca, who teaches sustainability and has a background in economics, studied 80 years of U.S. birth data and concluded that if the Earth continues to warm as projected, human birth rates will drop dramatically. His research was published in the journal Demography last year.

The research looked at birth rates from 1931 through 2010 and found that on days with an average temperature of 80 degrees Fahrenheit, there was a drop in birth rates eight to 10 months later.

“There’s research showing that heat waves increase your chances of dying considerably,” Barreca said. “I started to think, well, that might just be the tip of the iceberg, and maybe there are impacts in other parts of our lives that are important to us.”

Fertility is one of those areas, he said.

“Having the capability to have children when they want to have them is important to a lot of people. It’s possible that the environment is going to get in the way of that.”

Phoenix and Tucson are among the fastest warming cities in the country, according to Climate Central, an independent organization led by scientists and journalists. The average annual temperature in Phoenix in 2018 was 76.4, according to the National Weather Service, and last year was the seventh warmest year on record for the city. Climate Central’s report this year suggests temperatures will only go higher, ranking Tucson third and Phoenix fourth among the fastest warming U.S. cities.

Records collected by NASA, the National Climate Data Center, the Japanese Meteorological Agency and other organizations all say the past decade has been the warmest in modern history, and experts worldwide believe the Earth will continue to warm if the release of greenhouse gases into the atmosphere isn’t curbed.

“What I did,” Barreca said, “was compile a vast amount of historical birth records in the United States going back to 1930, looked at periods of unusual or atypical hot weather and asked, ‘What happened to the birth rates nine months later?’”

What he found was a considerable decline.

“That’s concerning because hot weather is bad for our health, and it looks like it could be bad for our reproductive capabilities,” Barreca said.

Barreca said one critical issue facing developed nations is that birth rates already are too low. In the absence of immigration, he said, populations of many developed nations can’t be sustained, which will have drastic effects on the economy and workforce.

“What that means is that our populations are going to grow older and older, and they are going to shrink in the absence of immigration,” Barreca said. “One immediate concern with an older population is that the tax base shrinks, and that affects our ability to afford health care in the future because there’s less younger, healthier workers paying taxes.”

Dr. Sadikah Behbehani, an obstetrician with the Mayo Clinic in Phoenix, cautioned against conclusions solely based on epidemiological studies, but she said direct heat to male genitals is proven to decrease fertility, and hot weather poses an increased risk of heatstroke and dehydration for pregnant women.

“It’s hard to conclude that less babies were born because there was hot weather nine months earlier,” Behbehani said. “There are too many variables, like the person’s occupation, education level and whether they want to have babies.”

She said a man sitting on a hot tractor seat is a much more tangible example of how heat reduces fertility.

Barreca said collecting data that spans long periods of time is important to him and other economists because it lets them isolate cause and effect relationships, such as the one he suggests between climate and birth rates. However, the data needs to be looked at in context to understand its implications, he said.

Most developed nations, where education levels are higher and access to birth control is wider, have population replacement rates below what is considered sustainable.

Barreca used Kenya, which has higher average temperatures than the U.S. and a high birth rate, as an example.

“Sure, it’s hotter over there, but it’s also poorer,” he said. “They have lower education levels and less access to birth control. Those are the things that matter in a big way. Temperature is just one small piece.”

Technology, including air-conditioning, protects people from scorching temperatures, but Barreca noted that such technology also contributes greenhouse gases to the atmosphere.

“I think there are very solid moral and economic arguments for addressing our greenhouse gas emissions and mitigating the threat of climate change,” Barreca said. “If you don’t care about an increase of risk of death for the elderly or decrease of economic productivity, because the heat makes it harder to work outside, you might care about this, which suggests that it might be harder to have children in the future.”

Barreca said he hopes this research will help public officials as they warn people about the dangers related to heat waves.