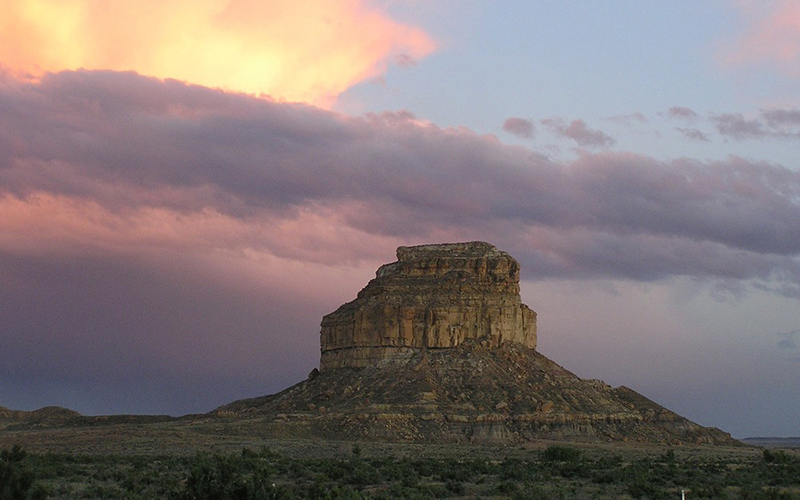 Chaco Canyon in New Mexico was a major center of Ancestral Puebloan culture, according to the National Park Service. These corn growers lived across the northern Southwest from the beginnings of cultivation until the coming of the Spanish explorers in 1540, the NPS says. (Photo courtesy of National Park Service)

PHOENIX – A federal appeals court has ruled the Bureau of Land Management needs to reconsider how drilling permits could impact natural resources in the area around Chaco Culture National Historical Park in northwestern New Mexico. The decision from the 10th Circuit Court of Appeals earlier this month comes in a case first filed in 2015. E&E News reporter Pamela King spoke with KJZZ’s The Show about what the court said.

Environmental groups generally have applauded the ruling. Kyle Tisdel, climate energy program director at Western Environmental Law Center in Durango, Colorado, which filed the lawsuit, said the BLM used to issue permits “without ever considering the true magnitude of the cumulative impacts affecting people and the lands around where this drilling is taking place.”

“The decision is not only meaningful for the greater Chaco landscape,” Tisdel said. “But is certainly applicable as precedent in other situations where the agency’s cumulative analysis is lacking.” Energy companies also are calling the ruling a win.

“The good thing about this ruling is it largely affirmed the leasing and the permitting in that area,” said Kathleen Sgamma, president of Western Energy Alliance, which represents oil and natural gas producers in the West. Sgamma said she doesn’t think the court’s decision will do much to stop leasing and permitting in the area. “It only remanded a specific issue that BLM has to redo, so BLM can do that analysis, and that’s what NEPA (National Environmental Protection Act) requires – that the analysis is done and that it is identified to the public,” Sgamma said. It’s unclear how long the BLM’s review could take.