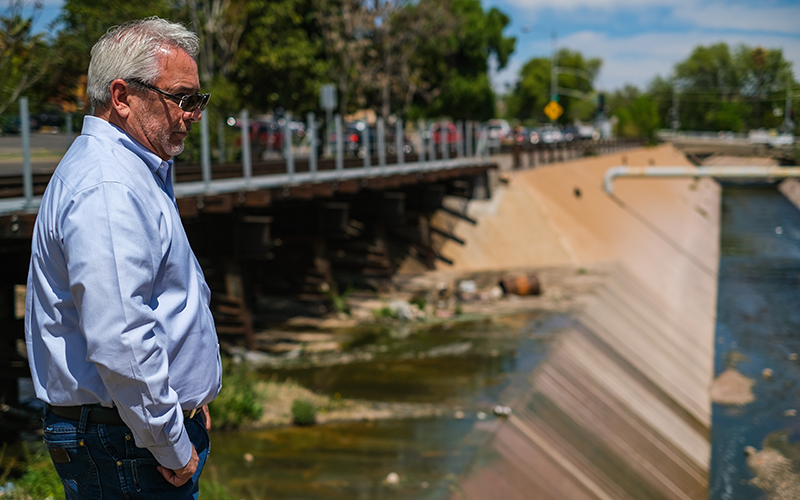 John Kissinger, Deputy City Manager of Nogales Arizona, looks at the Nogales Wash at Morely Avenue, the first place on the U.S. side of the border where the wash is visible. “It’s not a good situation,” says Kissinger. “It should be addressed and cleaned up.” (Photos by Chloe Jones/Cronkite News)

NOGALES – People who live in Imperial Beach, California, in Naco and Nogales in Arizona and in Texas communities along the Rio Grande all say the same thing: When it rains, it stinks.

There’s an aging, failing network of pipes and wastewater treatment plants that run from Mexico into each of these communities. The pipes break and spill raw sewage on both sides of the border when heavy rains fall, creating a putrid odor and public health and environmental concerns.

This infrastructure could handle the job when it was built decades ago, but time and the growing population on the Mexican side of the border has created real challenges.

U.S. and Mexican officials say they need millions of dollars to fix the system, but that raises the key question: Who’s responsible for making repairs?

On this episode of Arizona in Focus, we bring you a conversation with the team of Cronkite News reporters who spent four months working to understand the complexities of wastewater treatment along the border.