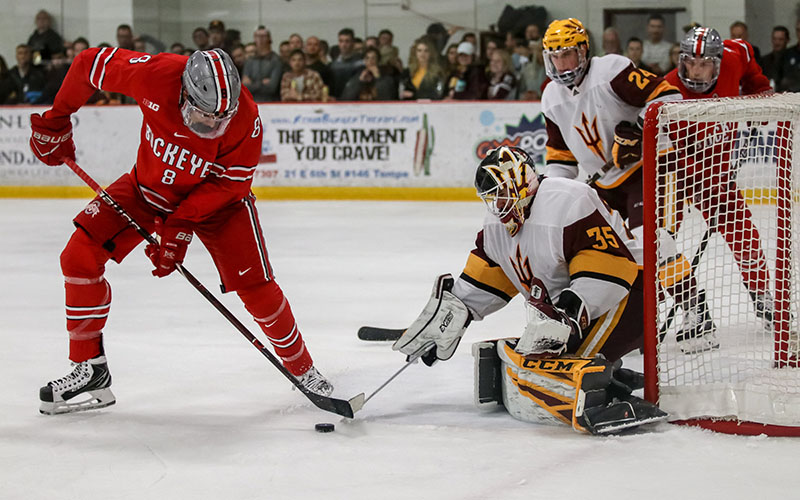 Joey Daccord (center) recently became the first Arizona State hockey player to play in the NHL. Daccord was picked up by the Ottawa Senators. (Photo by John Mendoza/Cronkite News)

Drafted in 2015 by the Ottawa Senators, Joey Daccord came to Arizona State after many others denied him the opportunity to play. But Tempe gave him a platform to shine and he garnered national attention.

Welter breaks down the incredible season that Daccord had at ASU. He led the Suns Devils to their first NCAA Tournament appearance, led the nation in shutouts and was nominated for collegiate goaltender of the year.

Daccord shares his experience playing in his first NHL game for the Ottawa Senators and the emotions that he and his family felt. He also shares an embarrassing moment on the ice but you’ll have to listen in to find out what it is.

He also talks about his plans to finish school while he chases his dreams and what he hopes he leaves behind for a program he’s worked so hard to help build.