If water at Lake Mead drops below 1,075 feet, over 30 percent of the Central Arizona Project water from the Colorado River will be cut, according to the DCP. (Photo by Oskar Agredano/Cronkite News) 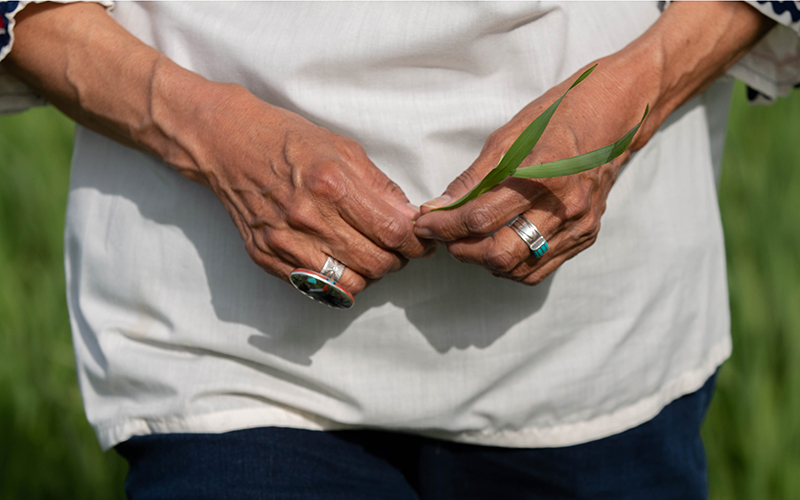 Ramona Button understands the importance of water for her farm, especially in the desert. “We have our water. It’s our life. It’s our livelihood, and it’s our culture.” (Photo by Oskar Agredano/Cronkite News)

SACATON – Sprouting through the cracked floor of the Sonoran Desert, tepary beans thrive in the dry heat and carry with it centuries of resilience from the indigenous Pima people of southern Arizona.

“We have our water. It’s our life. It’s our livelihood, and it’s our culture,” said Ramona Button, owner of Ramona Farms.

Ramona Button and her husband, Terry, have been farming traditional native foods on the Gila River Indian Community for more than 40 years, including the tepary bean, a staple of native dishes for centuries.

“And we’re experts in dealing with drought,” Terry Button said.

With more than 4,000 acres under cultivation, the Buttons have had to draw their nearly 20,000 acre feet of water needed every year from a variety of sources. They get water from the San Carlos Irrigation Project, ground wells and the Colorado River hundreds of miles away.

“Commingle all these water resources to ensure us to have enough water to keep this agricultural industry thriving here,” Terry Button said. 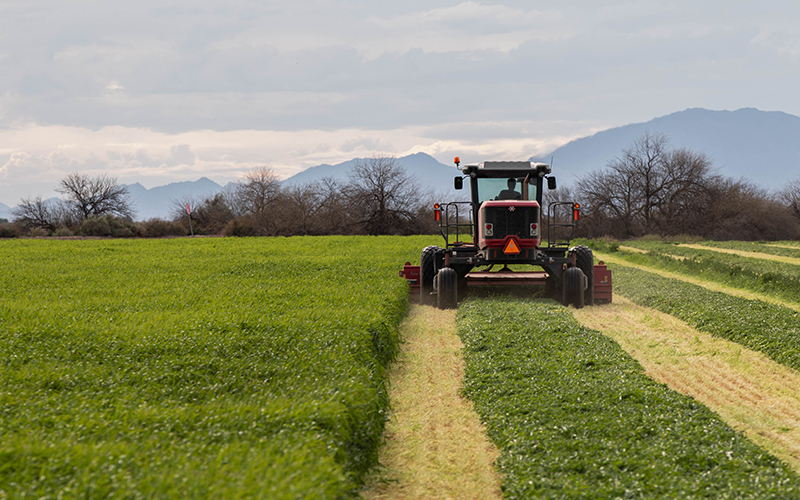 From crop selection to leveling the fields, Terry Button says the first line of defense against drought starts by conserving water on the farm. (Photo by Oskar Agredano/Cronkite News)

But after nearly two decades of drought in Arizona and waning water levels in the Colorado River Basin, the seven states that make up the basin, including Arizona, California and Nevada, have had to negotiate potential cuts to the water to make sure there’s enough water in Lake Powell, which straddles the Utah-Arizona line, and in Lake Mead, to supply water throughout the Southwest.

The Drought Contingency Plan, also known as the DCP, is a multistate agreement that includes Arizona. The plan aims to keep water levels in those reservoirs above critical lows, and should reservoirs dip below certain levels, states including Arizona will have to cut back on the amount each takes from the Colorado River system.

After months of negotiations on the state level, Sen. Martha McSally, a Republican, and Rep. Raul Grijalva, a Democrat, introduced DCP legislation in the House and Senate, which President Trump signed Tuesday.

“This is about the livelihood and the safety of 40 million Americans,” McSally said on the Senate floor. “The Colorado River DCP Authorization Act puts sound water policy over partisan politics.”

However, before even getting to Capitol Hill, Arizona’s tribes played a critical role in the negotiation of the DCP.

“Without the community’s participation, we don’t see how the DCP can be done,” Stephen Roe Lewis, Gila River Indian Community governor, said in March before Arizona had agreed to the plan.

“We call ourselves the people of the river, O’otham. We have that generational knowledge that goes back centuries if not a millennium,” Lewis said. 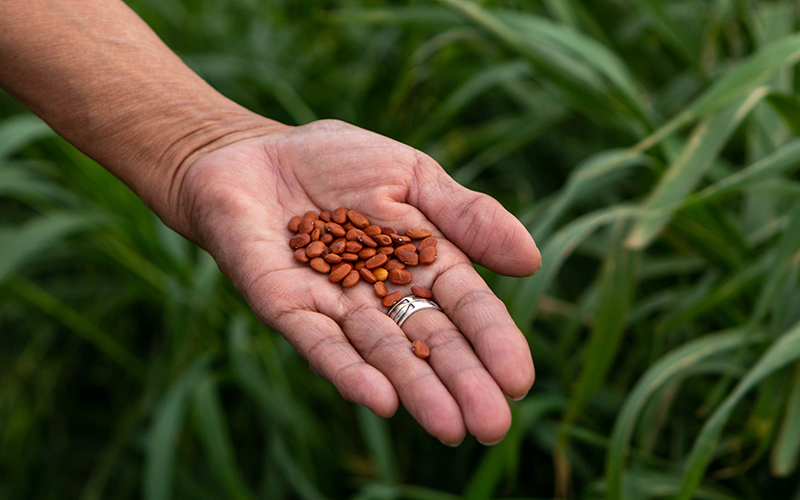 Like the resilient tepary bean they harvest, the Button’s have learned to adapt, despite water challenges in the past. (Photo by Oskar Agredano/Cronkite News)

If cuts are made due to drought, the Gila River Indian Community would keep a portion of their water in Lake Mead for compensation. But other tribes are contributing to the drought plan.

Chairman Dennis Patch of the Colorado River Indian Tribes, CRIT, said the community plans to provide 50,000 acre-feet of water every year from 2020 through 2022.

Water is power, and in the Colorado River Basin, tribes hold a significant amount of water claims.

Ten tribes, including the Colorado River Indian Tribes, have rights to more than 2.8 million acre-feet of water yearly from the Colorado River, according to the Tribal Water Study by the U.S. Bureau of Reclamation and Native American communities in the basin.

But only half of that water is currently being used, the study said.

Daryl Vigil, water administrator at Jicarilla Apache Nation, who worked on the study, said it’s relatively new for local and federal lawmakers to include tribes in national water policy conversations.

“That conversation and that opportunity wasn’t available before,” Vigil said. “But now with the conclusion of this DCP and the inclusion of tribes in that dialogue, I think that sets the stage for that to happen.”

Despite facing drought, the Buttons at Ramona Farms said they are more optimistic now than decades before when water was diverted away from the Gila River Indian Community as the population grew outside the reservation.

“The hardest part was when the water was diverted to other areas up east of us. That was a part of what we called our drought also,” Ramona Button said.

The Gila River Indian Community regained its water claims in a 2004 settlement.

As the Buttons walk through their barley fields, they know none of it could be possible without the work of those who came before them, and the water that gives the desert around them life.

“Right now, we’re enjoying the opportunity and the responsibility to maintain this tradition,” Terry Button said. “To utilize the resources of the communities agricultural land, it’s water, and the people.”