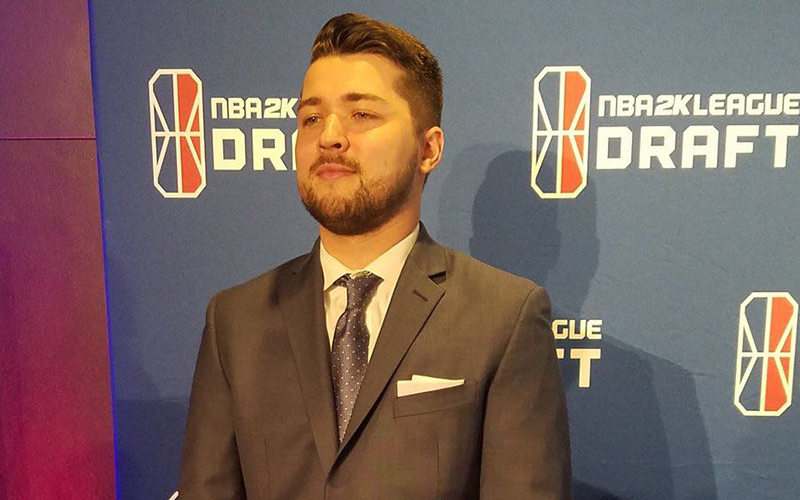 Arizona State senior Austin Garrison fell just short of his goal of being drafted by the NBA 2K League, but that won’t discourage him from going at it again next season. (Photo courtesy of Austin Garrison via Josiah Cohen)

In this podcast, Christian Thurley speaks with Austin Garrison, a senior at Arizona State who is pursuing a career in the NBA 2K League, a professional esports league. Garrison discusses his journey as he attempted to reach his goal of being drafted by an NBA 2K League franchise.

The NBA 2K League is in its second season. It contains 21 teams, each that represents an NBA franchise. The 2K League is hoping to expand to all 30 NBA franchises down the road. Each franchise has six spots on its roster. This season 75 spots were open on all the rosters for the 150 people who qualified for the draft.

Garrison talks about how his experience through the combine and how he would have to play from “10 p.m. our time to 4 a.m.” because those were the only available time slots to play and qualify when he wasn’t working.

Although Garrison’s attempt fell just short this season, that isn’t stopping him from taking another shot at the league next year. Tune in to hear Garrison’s story and to follow him through the qualifiers next season.