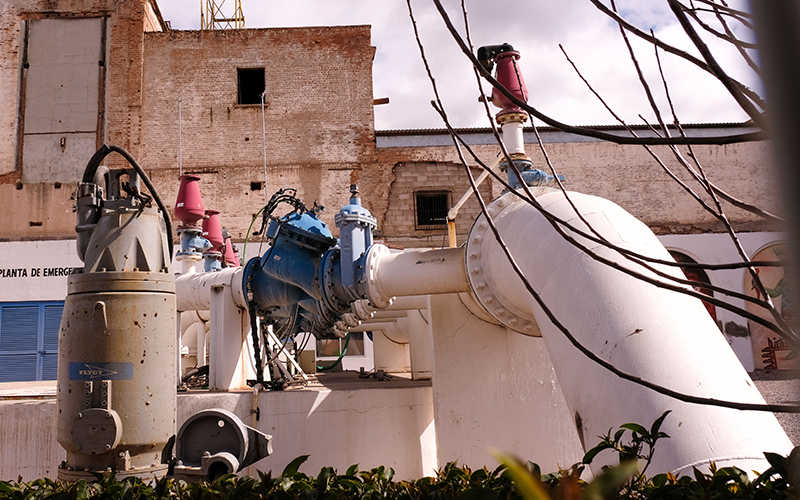 Four out of the five pumps at the Los Alisos Wastewater Treatment Plant in Nogales, Sonora, have been malfunctioning since mid-January. One of the broken pumps is expected to be fixed in five weeks. (Photo by Chloe Jones/Cronkite News) 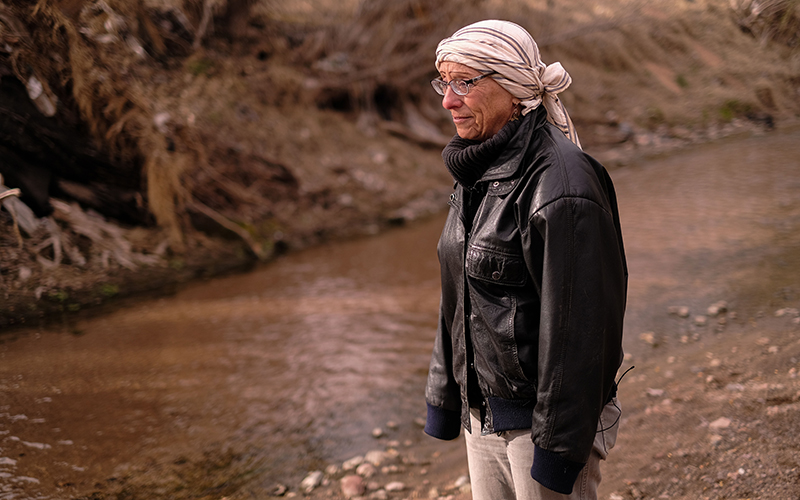 Sherry Sass, president of the Friends of the Santa Cruz River, cares about the river and the water supply in southern Arizona. Her group regularly holds cleanups to remove trash and reduce pollution. (Photo by Chloe Jones/Cronkite News)

NOGALES, Mexico – Wastewater containing raw sewage has been intermittently flowing into the Nogales Wash from Mexico since mid-January, spurring concerns about health and the water supply for communities on both sides of the border.

Four of the five pumps at the Los Alisos Wastewater Treatment Plant in Nogales, Mexico, have been malfunctioning since mid-January, but a temporary fix is in the works.

Jesús Pujol Irastorza, mayor of Nogales, Mexico, said replacement pumps would cost more than $100,000 each, but with the help of the International Boundary and Water Commission, the city purchased a motor to fix one of the four broken pumps. The pump is expected to be fixed within five weeks.

Without working pumps, wastewater can’t be pumped over the hills of Nogales effectively, so in peak usage times, like in the morning or when people get home from work, wastewater flows into the Nogales Wash at about 180 gallons per minute, according to Lori Kuczmanski, spokeswoman for the commission, which “applies the boundary and water treaties of the United States and Mexico and settles differences that may arise in their application,” according to its website.

The Nogales Wash runs north from Mexico into Nogales, Arizona, and eventually empties into the Santa Cruz River, which also flows north at this point. Because the river provides drinking water to communities in Santa Cruz County in southern Arizona, the risk of contamination is a big concern for many residents.

Friends of the Santa Cruz River, a nonprofit volunteer group devoted to protecting the watershed, regularly hosts cleanups and spreads awareness of the situation.

“If it’s mixed with raw sewage, A, this goes through the city of Nogales, Arizona, exposing the populace to raw sewage, and B, it flows eventually into the Santa Cruz River as it goes north and exposes the rest of the county to some raw sewage,” said Sherry Sass, the group’s president.

The International Boundary and Water Commission has been providing engineering help and other technical assistance to Nogales since the overflow was discovered.

“It just takes time. It takes money,” said Jayne Harkins, the U.S. commissioner of the International Boundary and Water Commission. “We have to figure it out and we have to do it with Mexico.”

The city would not say whether the motor would fix the issue completely or is a permanent solution.