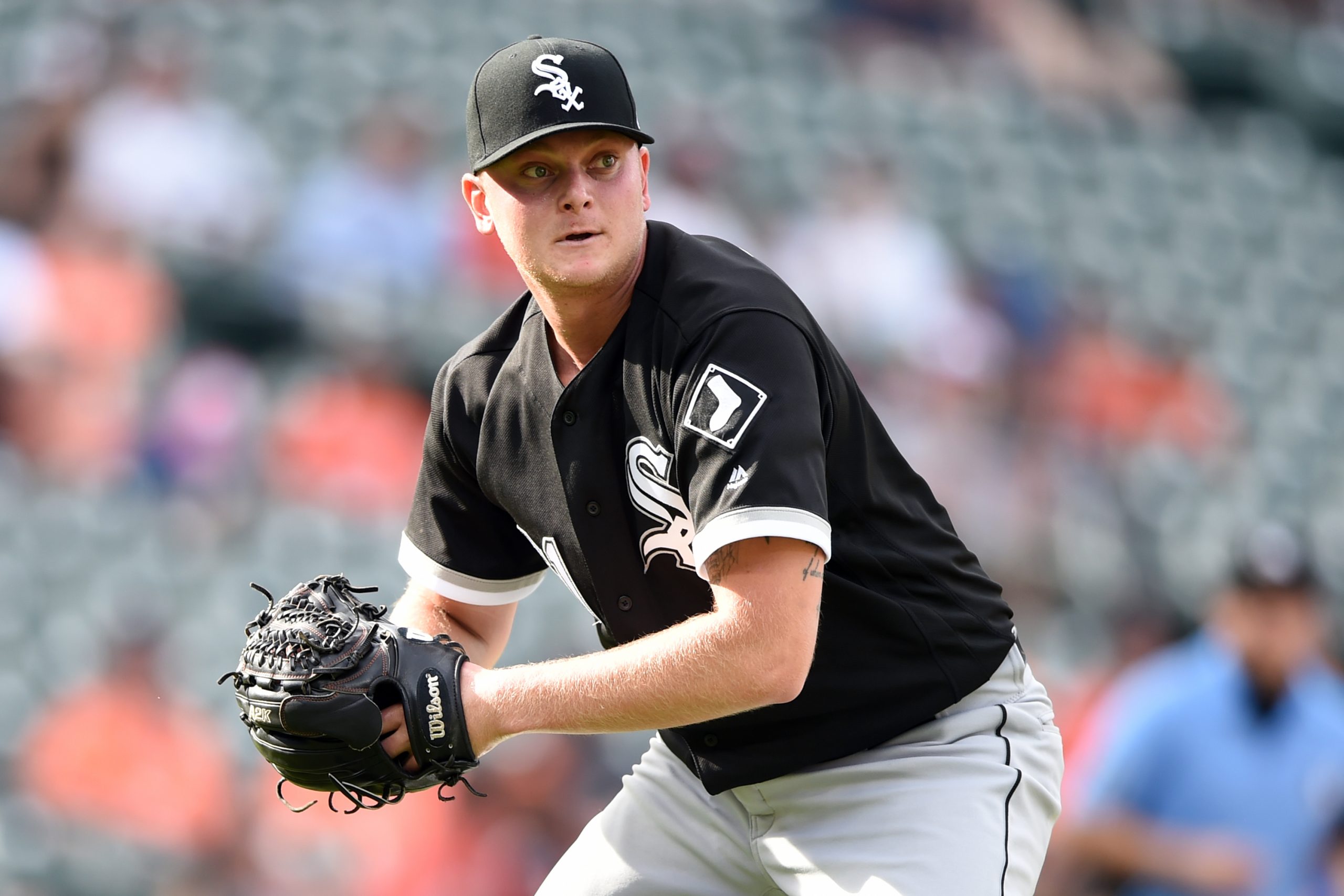 GLENDALE – Not long after Ryan Burr got the call, so did Tim Esmay.

Or at least Esmay got the text.

When Burr, a right-handed relief pitcher in the Chicago White Sox organization, was called up to the major league club last season, one of the first people he shared the news with was the man who recruited him to Arizona State and coached him for two seasons there.

It was Esmay, who now is manager of the White Sox Advanced Rookie affiliate in Great Falls, Montana.

Burr wanted to say thanks.

“Getting called up is about so much more than just yourself,” Burr said. “You’re bringing so many people with you – your family, friends, your teammates, coaches you’ve had before. I tried to make it a point to reach out to everybody that helped me get here.”

Burr made his major league debut at Comerica Park in Detroit against the Tigers last August in a game the White Sox were losing in a blowout. He was called upon to preserve the bullpen and finish the game. Burr went 1⅓ innings and didn’t allow a hit or a run, striking out two.

He went on to appear in eight games for the White Sox, pitching 9 ⅔ innings in relief. But that cup of coffee gave him a taste of what it would take to establish himself as a big-league reliever.

And it confirmed the potential that Esmay saw when Burr was rated as the top recruit in Colorado during his senior season at Highlands Ranch High in 2012 and Esmay was still perched at the front of the dugout at Packard Stadium in Tempe.

Burr signed with the Sun Devils as part of Esmay’s next-to-last recruiting class at ASU, and he came out of the bullpen for two seasons before Esmay was pressured to resign despite a 201-94-1 record, four NCAA playoff berths and a College World Series appearance during his five seasons.

“I got to see him as an 18-year-old kid who always had good stuff but was just a kid in baseball. And now he’s a man.” Esmay said. “It was funny, just the other day we ran into each other and gave each other a big hug and stuff. I’m extremely proud of him, and always knew he had it in him.”

Now, they are both members of the same organization.

While Burr pitched his final season at ASU, Esmay landed with the White Sox as manager of their Class A Carolina League affiliate. He is now in his third season at the helm of Chicago’s Great Falls club in the rookie-level Pioneer League.

“I’ve had the opportunity to manage in High-A, be in Triple-A and now (I’m) getting to do the Pioneer League,” Esmay said. “We won a championship last year, and that never gets old.

“Professional baseball is different, but in a good way. It’s pure baseball. You’re dealing with men, who all they do 24/7 is baseball.”

He was selected by the Arizona Diamondbacks in the fifth round of the 2015 MLB Draft, but in 2017 the White Sox acquired him from the D-backs in exchange for money from their international-player bonus pool.

So, naturally Burr wanted to let Esmay know when the White Sox selected his contract from the Charlotte Knights, Chicago’s Triple-A International League affiliate, on August 22 and called him up. He made his debut the next day.

Of course, Esmay would have rather stayed in Tempe for Burr’s final ASU season and beyond. But with 22 College World Series appearances, five national championships and five runner-up finishes, few college baseball programs come with the high expectations ASU faces.

From Barry Bonds, who holds the career and single-season major league record for home runs, to “Mr. October” Reggie Jackson, the school has churned out a long list of baseball stars.

Tracy Smith, ASU’s current skipper, was under fire after back-to-back losing seasons before the Sun Devils raced out to a 25-2 start this season.

“It’s not easy, there are a lot of expectations,” Esmay said of the ASU job. “There’s a lot of pressure on you from Day One.”

Both men have moved on to the White Sox system, and they still share another tie — ASU. Esmay also played for the Sun Devils and was an assistant coach before he was promoted to the head-coaching position. And Burr plans to continue living in the area during the offseason.

“The ASU family is a big one; we’re all close. I’m still in touch with all my teammates, friends and coaches. I’m following along on all the ASU games cheering for those guys to do well.”