Sen. McSally answers questions concerning the state’s plan for fixing the immigration problem in AZ cities. Migrants have been left at bus stations after being released from federal custody. (Photo by Oskar Agredano/Cronkite News) 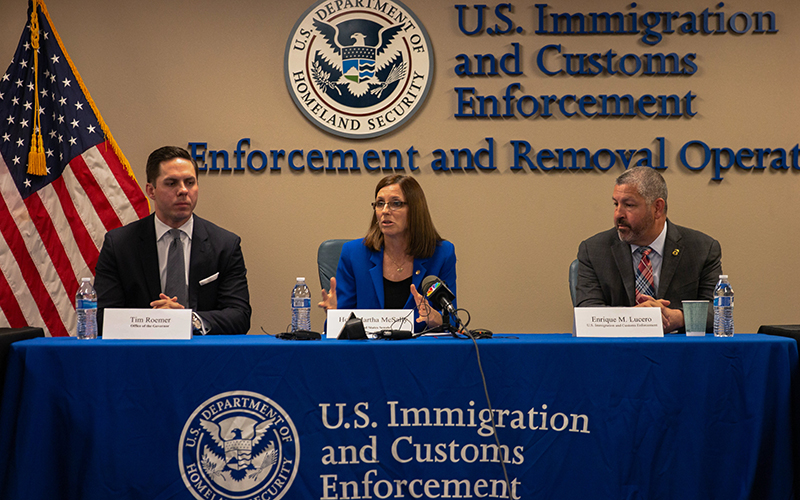 Tim Roemer (left), Sen. McSally (center) and Enrique Lucero (right) discuss the issues AZ is experiencing with the influx of migrants at a roundtable. (Photo by Oskar Agredano/Cronkite News)

She also called on Congress to close “loopholes” that she said have created the recent influx of migrants, most of them from Central America.

The Arizona Republican organized the roundtable as an “all-hands” effort with officials from the Immigration Control and Enforcement and Customs and Border Protection, city leaders and heads of non-governmental organizations to discuss the apprehension and release of migrants in Arizona communities, according to an emailed press release.

“We definitely have an emergency situation and a crisis going on at our southern border,” McSally said as she addressed reporters after the event.

Brought together NGOs, Yuma & Tucson @CBP leadership, @ICEgov, & mayors for a discussion on how we all need to do better working together during this border security crisis. pic.twitter.com/iwbq0PBA9H

The senator blamed what she called an “overwhelming” influx of migrant releases into Arizona communities on loopholes within current immigration laws and agency policies.

“Congress needs to do its job … to close the legal loopholes that are creating the challenge,” McSally said. 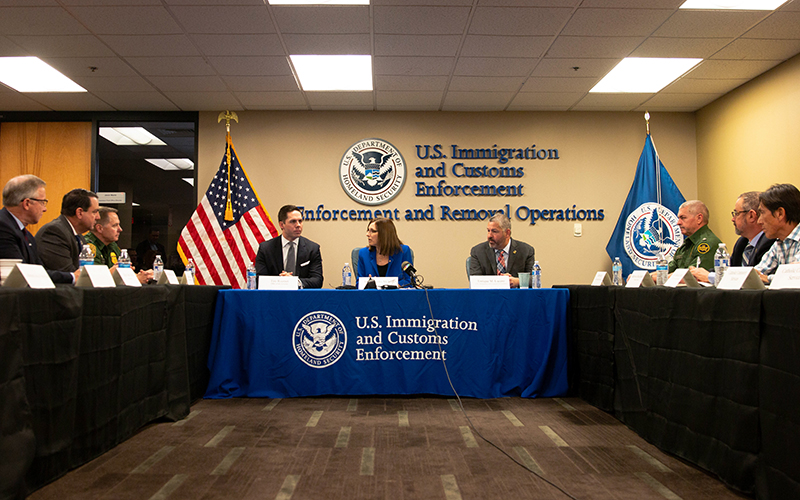 Sen. Martha McSally explains the issues with migrants being dropped off at bus stops after being released from federal custody. Over 18,000 migrants have been left at various public transportation stations in Arizona over the last three months. (Photo by Oskar Agredano/Cronkite News)

She did not offer her view about Trump’s repeated threats to close “large sections of the border” this week but said she believed that kind of action would affect the approximately “200,000 jobs related to cross-border commerce” contributing to Arizona’s economy.

“I am not familiar with any plans within the administration,” McSally said. “We got to keep the legitimate trade and travel and cross-border commerce happening at the ports of entry.” 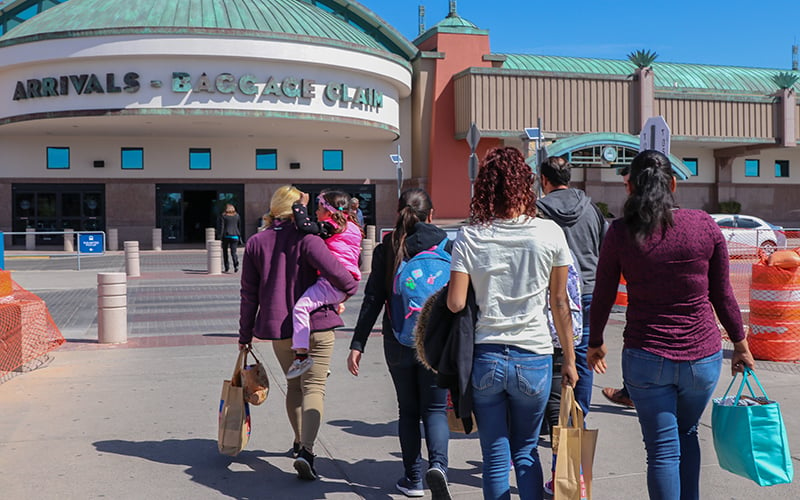 Also weighing in on the release of apprehended migrants was Rep. Andy Biggs, R-Gilbert, who sent a letter to Homeland Security Secretary Kirstjen Nielsen on Monday regarding the “alarming reports” he received from immigration officials stating “that illegal aliens are being released in Arizona communities … with little more than a notice to appear for immigration hearings.”

Biggs, who was not at McSally’s roundtable, made seven inquiries into the reasoning behind the release of the migrants, adding “our inability to properly vet and monitor them puts our communities at risk.”

“Cities and communities should not be forced to bear the brunt of this crisis, which is inherently a federal responsibility,” Biggs said in his letter. “Moreover, I fear that this will only worsen the overall low-morale of ICE and Border Patrol agents who are grossly under-resourced and overworked.”