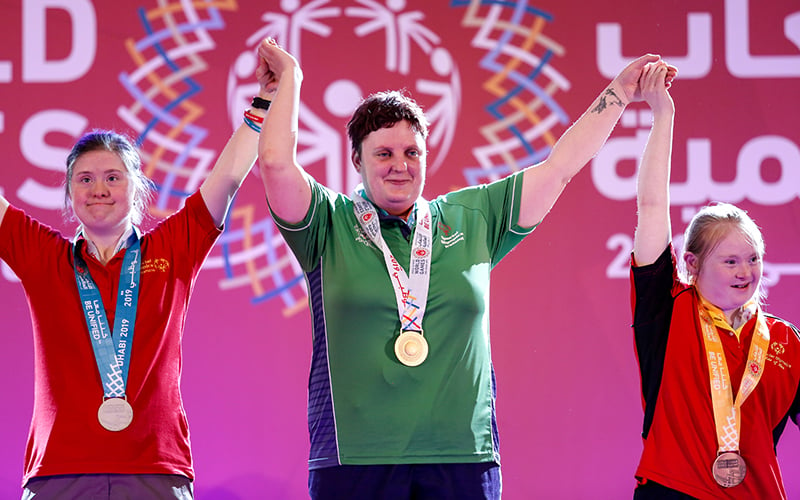 Athletes show their emotions when receiving their medals during a declaration ceremony at the Special Olympics World Games in Abu Dhabi. (Photo by Dominika Zarzycka/NurPhoto via Getty Images) 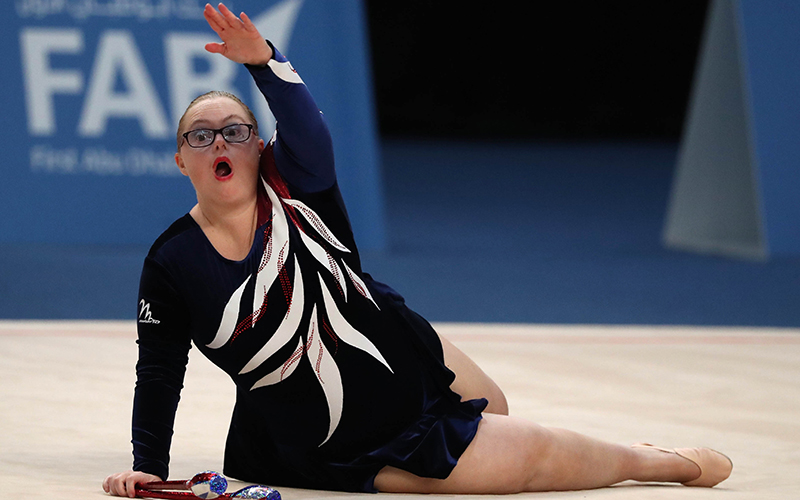 PHOENIX – News of a budget proposal that calls for eliminating funding for the Special Olympics concerns some in Arizona who could be impacted by the cut.

“That’s asinine,” said Patrick Becker, the exceptional-student services director for Agua Fria Union High School District. “You’re saying we should only survive off of donations. But that’s not an every-year promise. That’s not sustainable.”

“The federal government cannot fund every worthy program, particularly ones that enjoy robust support from private donations,” DeVos said later in a statement released through her office.

The federal government provided $844,091, or 17 percent of Special Olympics Arizona’s total budget in fiscal year 2016, according to the most recent figures available from the organization. The remainder of the budget is covered through contributions, fundraising events and private donations.

Without the federal contribution, the state’s Special Olympics organization would have operated with a shortfall in fiscal 2016.

Special Olympics came to Arizona in 1975 and offers 22 sports and 170 programs in six regions. It also provides year-around training and gives access to health and wellness resources to those with intellectual disabilities.

Special Olympic Arizona released a statement that vowed to fight to keep the federal funds. 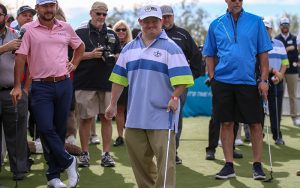 “We ask federal, state and local governments to join Special Olympics in remaining vigilant against any erosion of provisions that have made a substantial difference in the lives of people with ID,” the statement said. “Special Olympics recognizes the progress that has been made around the country in eliminating the stigma, stereotypes, isolation, and discrimination that people with intellectual disabilities face – most importantly around access to sport, health, and education opportunities and services.”

Richard Mazzochi, whose son Anthony competes in the Special Olympics, said Anthony finds joy from hitting a shot in basketball or scoring a goal in soccer or crossing the finish line in a race.

“I would suggest that Betsy come to one of the events and see just what goes on and how much joy these kids get before she proposes these cuts,” Mazzochi said in an email. “She is only hurting the kids and parents who love to go and cheer on their sons or daughters. I call on all parents that have kids with special needs to write to her or call her office and voice their complaints.”

Becker, with the Agua Fria district, worries that the Trump administration will ignore the outcry.

“They tell you (that) they want to hear your voice. They want you to give your opinion and fight for what you think is right,” he said. “But when it comes down to it, it seems like they don’t pay attention to any of that stuff, and they’re just going to do whatever they want to do, anyway.”

“Does that all go away now? Because the government wants to take that funding away. So now is their opportunity gone now?” he said.

“If you go down and look at an event like the Special Olympics where you have kids coming together for the common good of special education athletes, it’s amazing,” he added. “It’s a community builder and it’s absolutely fantastic.”