PHOENIX – After a warm start to the week across metro Phoenix, temperatures will back off Thursday as a cold front moves across the state. Rain and snow are expected across portions of the high country. Temperatures will remain below average through Friday, then quickly rebound next week as a high pressure ridge builds in.

The forecast for Thursday looks to be dry but much cooler than normal. Although there is a slight chance of a shower in the Valley on Thursday morning, the majority of the precipitation will fall across the higher terrain. Overnight temperatures in Phoenix will bottom out in the 40s, and warming into the low 70s in the afternoon. Clouds will stick around throughout the day as the storm system exits the region.

The high country can expect better chances for rain beginning Wednesday night and throughout Thursday. Rain will begin in Flagstaff, and the transition to snow will occur once the cold front passes overnight. Snow amounts are expected to be light, with only 1 to 2 inches expected. Lows in Flagstaff and along the Mogollon Rim will be in the 20s, with Payson and Prescott in the low 30s. Highs in those spots will be in the 40s and 50s. Tucson can expect a high of 72 degrees for Thursday.

Dry conditions will begin this weekend, and temperatures will be back into the 80s for the Valley next week. Some high clouds could make appearances later next week as an upper level trough approaches from the West Coast. 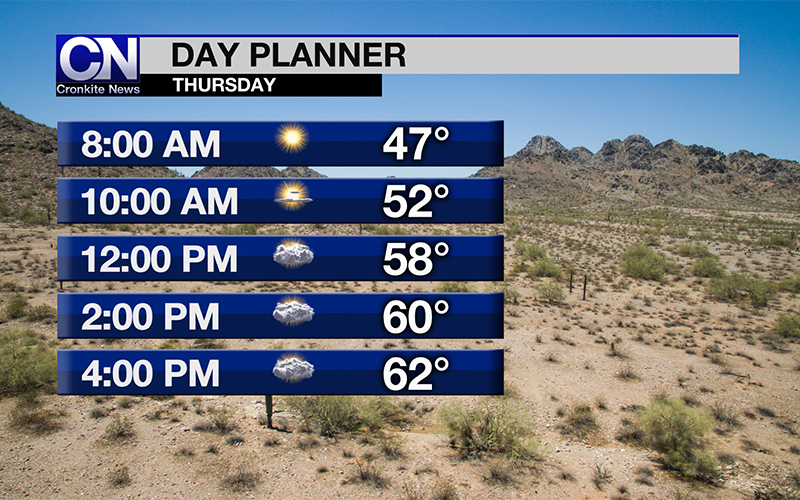 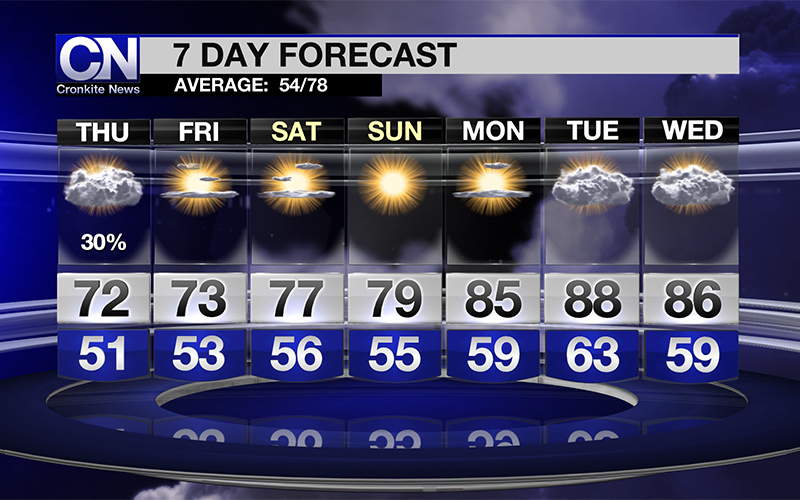 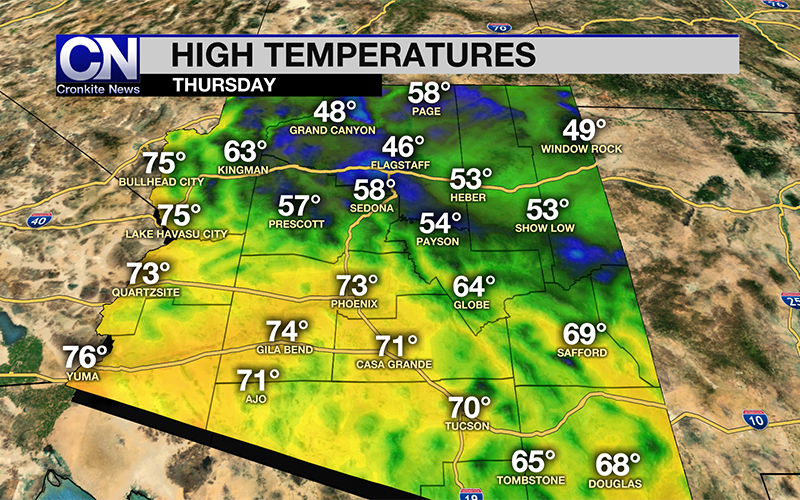 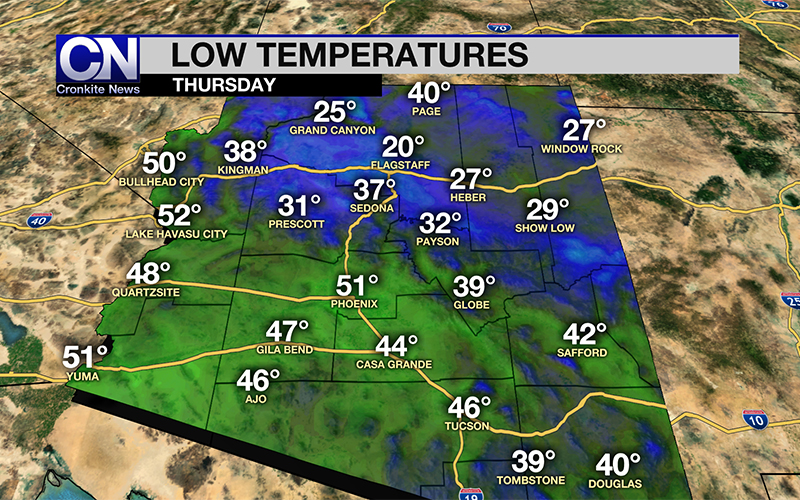