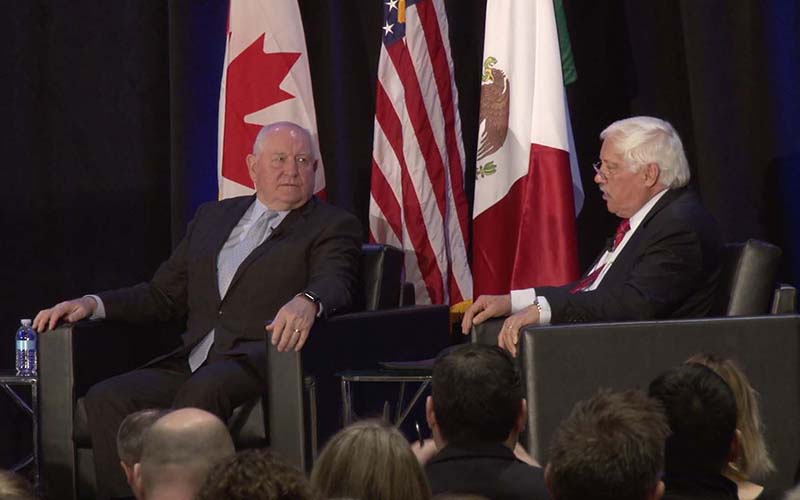 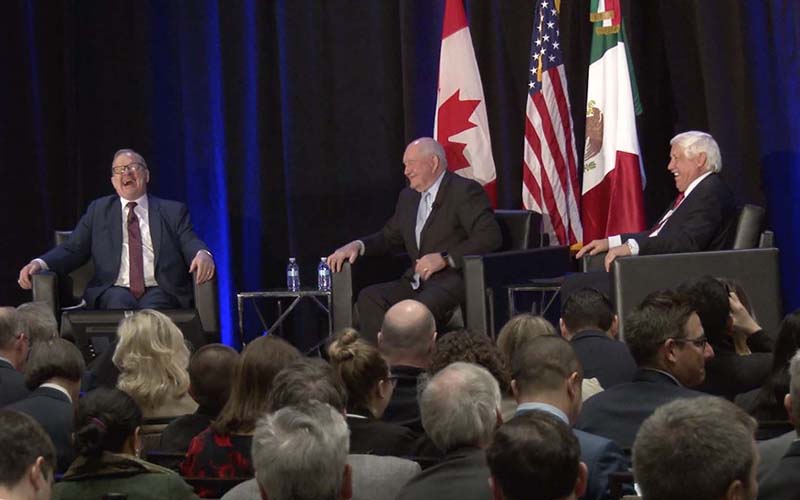 WASHINGTON – The top agriculture officials from Canada, Mexico and the U.S. reiterated the importance of North American trade and cooperation Thursday in their first joint meeting since a replacement deal for NAFTA was announced.

It is one of several trade issues the three countries are currently grappling with, but the farm leaders at the 95th annual Agricultural Outlook Forum glossed over the differences and focused on the continent’s recent history of economic cooperation.

“We live in the best neighborhood of the world,” Villalobos said. “Therefore, we must continue to work closely in an open dialogue and be prepared to go further in integrating our North American competitive bloc.”

For Arizona, exports to Canada and Mexico totaled $9.7 billion in 2017, according to data from the Office of the U.S. Trade Representative. It said that $536.9 million of those exported goods were farm products.

In 2017, President Donald Trump ordered a renegotiation of the North American Free Trade Agreement, the 1993 pact that opened markets between the three countries.

Talks began in August 2017 and a tentative replacement deal known as the U.S.-Mexico-Canada Agreement was agreed to on Nov. 30, 2018. The deal will not be final until it is approved by the legislative bodies in each country, which could take months.

“It’s a major priority for the Arizona chamber and the broader business community that Congress adopts it at the legislative level,” said Garrick Taylor, a spokesman for the Arizona Chamber of Commerce.

“On the export side, our cattle industry as well as other produce such as Yuma-grown lettuce, is a major commodity we sell far beyond the borders of Arizona.”

Trump, who campaigned against NAFTA and called that pact a “catastrophe” in his 2019 State of the Union address, called on Congress to approve the new agreement. But several potential roadblocks have cropped up.

The first is an International Trade Commission analysis of the Nov. 30 deal that has to be produced before Congress can vote: That report was put on hold for 35 days during the partial government shutdown that stretched from December to January.

Further complicating the matter are the tariffs that Trump imposed last summer on steel and aluminum imports, which the Canadians and Mexicans dislike.

“There has been a lot up in the air in regard to ag because in retaliation to those tariffs some dairy producers have been hit with retaliatory tariffs,” said Gabby Beaumont-Smith, a macroeconomics policy analyst from the Heritage Foundation.

She said tariffs are “going to affect the production process somewhere along the line, because everything gets trickled down somehow and with the retaliatory tariffs, that’s going to affect U.S. exports to Mexico.”

Taylor said it is possible Canada and Mexico will balk over the issue of steel and aluminum tariffs, but called for U.S. lawmakers to approve the deal.

“The executive branch has done its job in signing it with our counterparts in Canada and Mexico, and now it’s time for Congress to do its job,” Taylor said.

Neither the Mexican Congress nor the Canadian Parliament have approved the agreement yet.

Despite the challenges to passage, Perdue, Villalobos and MacAulay preached solidarity in regional and global trade and promised to continue efforts no matter the result.

“The fact is, working together, we’re much stronger,” MacAulay said. “I think we have to work together, make sure we combine our efforts.”