‘I have 100 percent trust’: Nico Mannion remains confident in commitment to Arizona 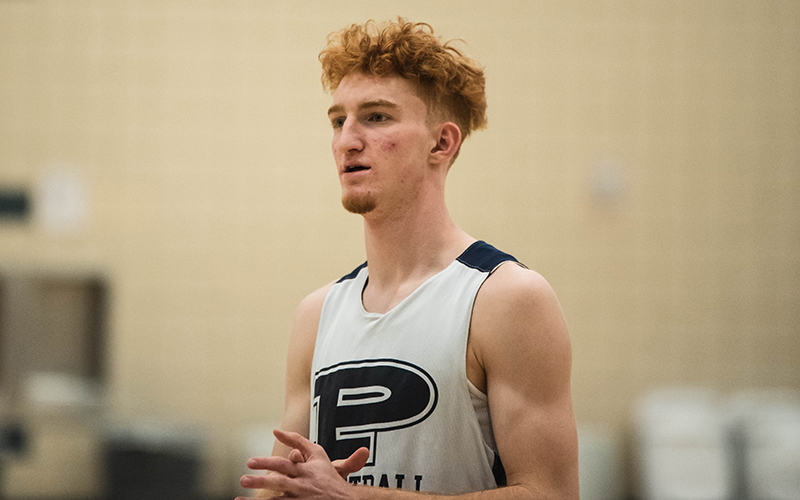 Nico Mannion, starting point guard at Pinnacle High School, is one of the state’s best players and has remained firm in his commitment to Arizona, despite remain turmoil surrounding the basketball program. (Photo by Tyler Rittenhouse/Cronkite News)

PHOENIX – Pinnacle High School has produced its share of talent through the years, including guard Sydney Wiese of the WNBA’s Los Angeles Sparks and quarterback Brian Lewerke of Michigan State.

But perhaps no Pioneers athlete has created a buzz quite like Nico Mannion, Pinnacle’s dynamic 6-foot-3 and much-coveted point guard.

Yet he remains committed to Arizona despite the school being embroiled in a federal investigation of college basketball corruption.

“The information that me and my family got from Arizona is that everything’s fine (down) there,” said Mannion, whose top-seeded team hosts No. 8 Brophy Prep tonight in the quarterfinals of the 6A state tournament. “They’re just doing what’s right for the university. I have 100 percent trust in coach (Sean) Miller, so I’m sticking with (my commitment).”

They are strong words for the state’s top-rated high school basketball recruit and the 10th-ranked recruit in the nation this year, according to 247Sports.com.

Mannion, who received his first scholarship offer as an eighth-grader, was listed as the top player in the entire 2020 high school class by sites such as Scout.com, Rivals.com and ESPN before he reclassified to the 2019 class.

He committed to Arizona during the early signing period last year, but there was reason to wonder whether he might reopen his recruitment. Yet despite recent changes to the Arizona coaching staff, Mannion reaffirmed his commitment to the school.

Mannion’s confidence and trust in the Arizona program hasn’t wavered even with the termination of the coach he was closest to during his recruitment.

Assistant coach Mark Phelps, who was the first Arizona recruiter to reach out to Mannion during his freshman year of high school, was dismissed earlier this month for a violation that was not related to the federal inquiry, according to a statement issued by the university. ESPN has reported that Phelps is accused of a violation regarding the academic transcripts of a former recruit. 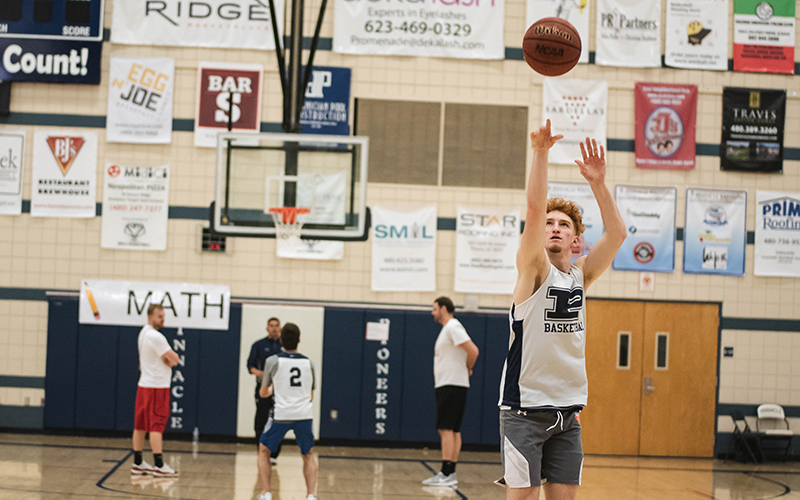 “I was very close to coach Phelps,” Mannion said. “He was the one who started recruiting me, so that (firing) was a hard one for me to swallow.”

Mannion and his parents sought clarity on the situation from university officials and are satisfied that coach Sean Miller’s job is secure.

Before heading to Tucson, Mannion still has business to take care of as his career at Pinnacle winds down in the 6A state tournament. It defeated Mesa Mountain View, 73-55, in the first round of the playoffs.

Mannion said he will miss Phelps when he arrives at Arizona, but for now his focus is on finishing his high school career with another championship.

Mannion and Phelps had developed a close relationship throughout the course of the recruiting process. After the date arrived when coaches can begin to correspond with recruits, Mannion and Phelps spoke on the phone at least twice a week, often talking about topics beyond basketball.

Mannion said he wishes Phelps the best and believes Phelps will continue to prosper wherever he coaches next.

Mannion said he didn’t have any second thoughts about the future of the Arizona program once he and his parents, who met when his father, Pace Mannion, was playing professionally in Italy, researched the situation.

“I really didn’t. I’m really confident with all the coaching staff down there and the program,” he said. “With all the answers they’ve given us, I really have nothing to be worried about.”

Pinnacle coach Charlie Wilde supports the 17-year-old Mannion’s decision to stay close to home and play at Arizona, citing Mannion’s family as a huge part of the choice. But, it was ultimately Mannion’s confidence in Miller that pushed the Wildcats to the top of his list of Division I scholarship offers.

“I think in the long run we all thought he’d stay close to home,” Wilde said. “He’s close to his parents, close to his friends. But I think Sean Miller did a great job recruiting him, too. He did his part to sell the U of A program. I think Sean did a nice job communicating with him, making him feel like he could have a relationship with him, where maybe some of the other coaches did not.” 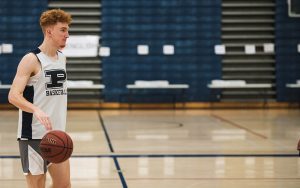 Wilde wasn’t the only one to have faith in Mannion’s decision. Trent Brown, Mannion’s teammate and close friend since grade school, believes Mannion will thrive in Tucson.

“He’s always been really excited for it, and I’m behind him 100 percent,” Brown said. “If he believes that he can make it work, then I’m for it all the way. I know he has a great relationship with their coaches, and one of his best friend’s is going there in (Florida high school standout) Josh Green. So obviously I believe in him. He can make any situation work. It’s a testament to what (the Wildcats) are, what they say, and what they promise.”

To the Pinnacle community, Mannion’s coaches and his teammates, and to the Arizona basketball program, Mannion is a special player. Pinnacle has produced many elite athletes, several of them coming from Wilde’s 19-year-old basketball program.

“I’ve had some really good ones,” Wilde said of his past players, including Dorian Pickens who went on to start at Stanford; Ray Murdock who started as a freshman at San Diego and Taylor Rhodes, who played for Arizona State and returned to Pinnacle, where he is an assistant coach.

“We’ve had some talented players,” Wilde said. “Nico’s better than all of them. And they’ll all admit it.”