Grand Canyon National Park remained partially open during the government shutdown. Although national parks were accessible, they were not allowed to collect entry fees during the shutdown. (Photo by Chloe Jones/Cronkite News)

WASHINGTON – The National Park Service said it will reimburse national parks, including the Grand Canyon, that were forced to dip into local maintenance funds to remain partially open during the recent five-week government shutdown.

Although advocates welcomed the reimbursement, they said parks should never have been put in the position of using their own funding to stay open, and they wondered what would happen if the government shuts down again next week.

“Park operating dollars don’t grow on trees,” said John Garder, senior director of budget and appropriations for the National Parks Conservation Association. “They are given … for specific purposes, which is not to collect trash during a shutdown.”

But that’s what some parks were ordered to do in early January, as the partial government shutdown was entering its third week and damage to parks was becoming evident, along with the need to collect trash and do other housekeeping.

Acting Interior Secretary David Bernhardt directed supervisors to pay for necessary operations with funds that are available to individual parks under the Federal Lands Recreation Enhancement Act, which allows parks that collect fees to keep 80 percent of the money for use on upkeep and upgrades of their own facilities.

But in a letter Wednesday to park employees that was obtained by The Hill newspaper, National Park Service Deputy Director Dan Smith said the short-term budget that let government reopen on Jan. 25 included funds “to cover the period where there was a lapse” in operating funds.

Grand Canyon National Park and Saguaro National Park, among others, were able to use the maintenance funds to remain open on a limited scale, which included maintaining restrooms and picking up trash.

No estimates were immediately available of how much the parks spent. But in the case of the Grand Canyon, at least, use of federal funds meant the state could stop spending the roughly $64,000 it had been spending each week to keep one of Arizona’s main tourist draws open.

That was good news to businesses that rely on the parks for tourism revenue. But even then, supporters worried about the long-term impact of using the maintenance funds, at a time when the parks were not allowed to collect entrance fees to replace the money they were using.

The decision to reimburse will do little to help parks, which face more than $12 billion in backlogged maintenance projects nationwide. But it won’t hurt either, advocates said. 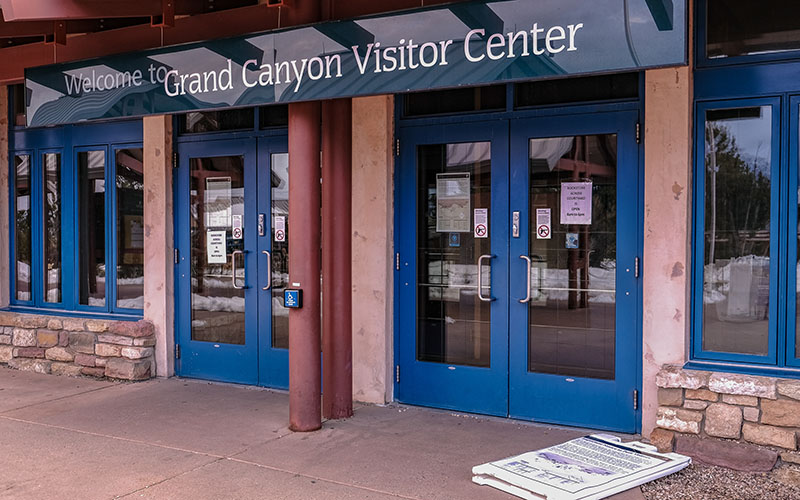 “It’s better than not giving it back, but under what conditions and what speed they get it back remains unclear,” said Jeff Ruch, executive director at Public Employees for Environmental Responsibility.

Ruch said he believes the decision to tap fee dollars came from Washington and not from local park superintendents, despite “all this happy talk we’ve been hearing in this administration about empowering the field.”

Garder said using fee dollars is damaging to parks, and that the government is playing a “shell game” with the park budget.

“Using fee dollars to prolong a damaging situation was irresponsible to begin with,” Garder said. “Now, they are trying to backtrack from damage they already caused.”

He called the use of fee dollars irresponsible.

“It’s just not the way you budget our parks,” Garder said.

In his letter, Smith said restoring the fee money to parks “enables us to maintain our commitment to the visitor experience at parks by using these funds for important projects at parks moving forward.”

The Interior Department directed questions on the issue this week to the National Park Service, which did not immediately respond to requests for comment. The park service’s Grand Canyon office directed questions to the national office.

The stopgap budget that let government offices reopen only runs through Feb. 15, at which point the government could close again if Congress and the White House cannot reach a deal on border security funding as a part of the next budget.

Ruch and Garder agreed that if there is another shutdown, they would rather see the parks closed than partially opened and vulnerable to damage.

Even the reimbursement worries him, as it is coming out of operating funds that “could be taking money away from seasonal rangers or other operating needs.”

Ruch said it shouldn’t be that complicated.

“We’d like to see the money used for its intended statutory purpose,” Ruch said. “Which is a fairly low bar in terms of aspirations.”