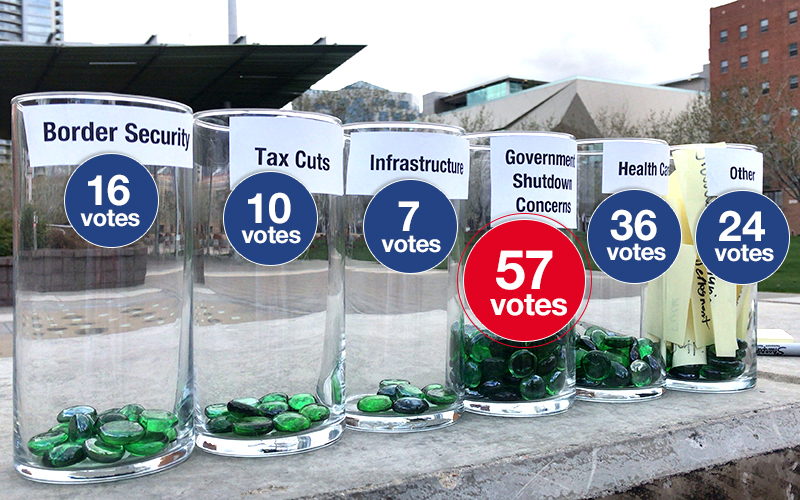 Phoenix residents, when asked, selected which topic they hoped President Trump would address during the State of the Union. Out of 150 persons asked, 57 selected government shutdown. (Photo by Megan Nespor/Cronkite News)

PHOENIX – As President Donald Trump gets ready to deliver his State of the Union address in Washington, Arizonans are hoping he addresses their concerns over the recent 35-day government shutdown, which cost the economy billions of dollars.

Cronkite News polled 150 people in downtown Phoenix on what topic they hoped the president includes in his speech: border security, tax cuts, infrastructure, government shutdown, health care or “other issues,” such as DACA, racism and education funding. The highest rated topic was the government shutdown, at 38 percent. The second highest requested topic was health care, at 24 percent, followed by “other issues,” at 16 percent. Eleven percent said border security.

Here’s how five respondents explained why they chose a particular topic: 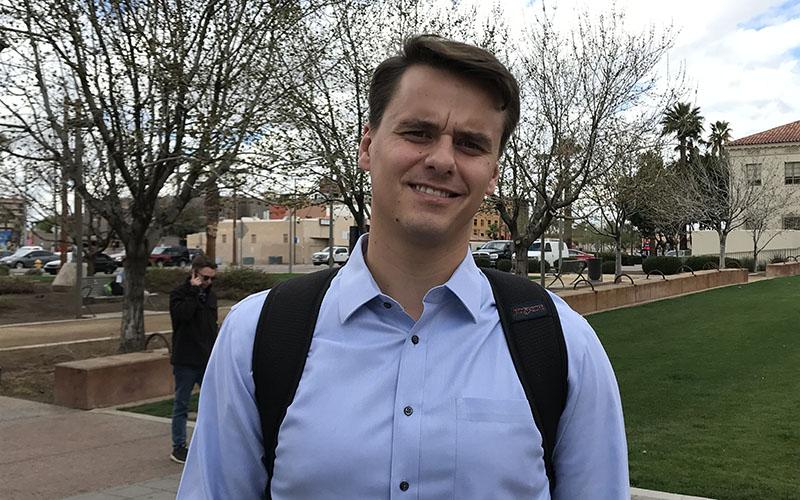 “A lot of our cities are crumbling and a lot of them are also expanding. There are a lot of areas that are building up. There’s a lot of money being put towards future growth, and there’s a lot of places that aren’t. There should be a balance. Redistribution should occur at state levels and local levels, but there is also funding redistribution that can occur at the federal level.”
Russell Quandt 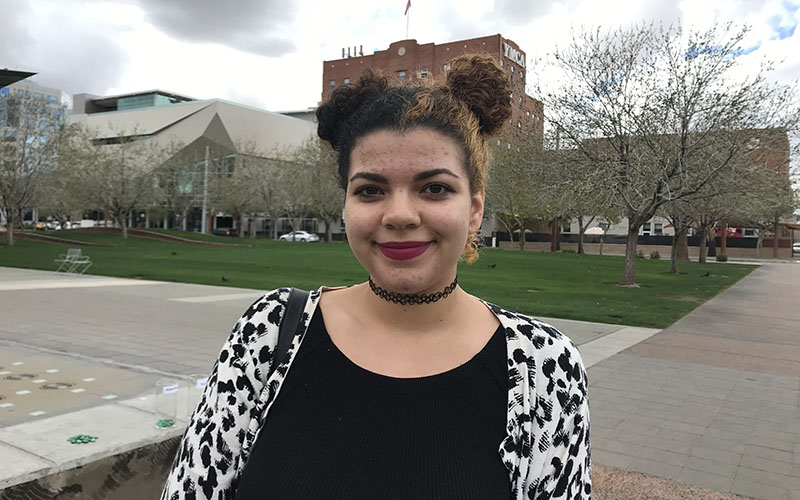 “Arizona’s one of the worst in the nation (on education). I want him to address education that shows we are doing something to help it get better. I want to see progress.”
Fitina Hilal 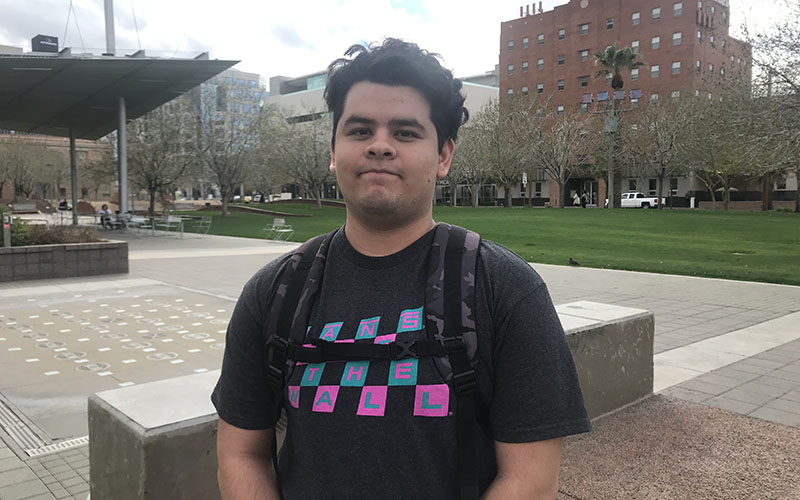 “I want to hear about social-rights issues, especially (concerning) students who aren’t citizens. I really think we haven’t been hearing enough about education funding for students as well as helping those who don’t call their native country their home to go to school here and get the education they deserve.”
Joshua Sanchez 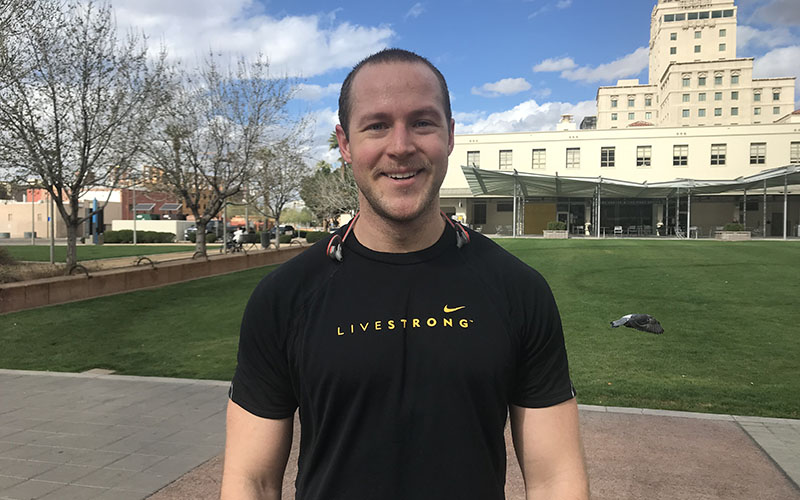 “What he should address is just his demeanor that he’s had toward people. Our country was founded on immigrants coming from different parts of the world. There is always a little bit of friction when you have a lot of people are going into someone’s country. America wouldn’t be what it is today, if it wasn’t for the fact that we accepted all those immigrants.”
Samuel MacDonald

“Without health care, there is no real future. We have to invest in our well-being today.”
Alicia Barrón